← MLB Scheduling: May 2016
What is ‘My Favorite Baseball Game’ Ever Attended?: A New Method To Historically Score As A Ballpark Fan →

The Dodgers have not won or appeared in the World Series since 1988. With the spending the ownership will do in the next decade, I would be surprised if the team doesn’t rake in multiple championships. But it will take diligent finagling on the brass – to skate around the Luxury Tax with the pending CBA of 2017 coming in. Yes the ownership is willing to spend boatloads of money, but they have to be smarter than they were in 2015.

This article deals with sensitive material that will self destruct in a few years.  Whether the current regime wants to be saddled with blame or not, or put most of it during the Ned Colletti days, last year’s fiscal budget was a dumpster fire.

Not only did the franchise exceed the Luxury Tax Threshold again at (over $189 MIL), they put it to shame – reeling in a lofty mark of $314 MIL in total Cap Spending.

For folks scoring at home, that is $125 MIL over the limit, and with a third year penalty at 40% now, the squad will take down a historic levy hovering around $50 MIL.

We wrote a blog back in April stating the disregard the brass took in approaching this year’s salary structure.  The worst part about it was that it didn’t culminate into a World Series Birth. 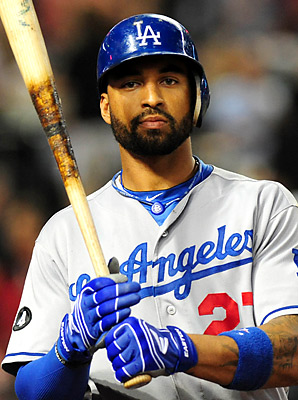 Matt Kemp was one of the many ex-players the franchise severed ties with – but were on the hook for. The $117 MIL in wasted money would have finished near the middle of the pack for total team salary.

The club suffered nearly $87 MIL in retained salary – meaning paying other players to play for other clubs.  If that weren’t enough, they ate $20 MIL more in Disabled List guys (some of it predictable self-inflicted by the team picking up oft-injured guys).  The kicker was the $10 MIL more the team paid for guys buried in the Minors.

At $117 MIL for wasted cash, that would have put them near the middle of the pack for total team payroll as it was.  Seriously, this team had nothing to show for this.  Add in another $50 MIL as a cause in result from these sectors (going over the Tax), and it is a $167 MIL fiasco.

Sure the Los Angeles Dodgers can afford it with their exorbitant income drawn from Television revenue, however ownership can’t be pleased by the direction.

Yes, 2016 looks a little bitter towards the final kitty.  That would be the saving grace of the top dogs that run the club.

They will probably cut ties with Bronson Arroyo, which will call for a $4.5 MIL Buyout.  Chase Utley is as good as gone – with a hefty $15 MIL price tag on a Team Option- since he fell short of Vesting with over 500 Plate Appearances.

I expect the team to pick up the other low risk Club Options in Brandon Beachy ($3 MIL) and Joel Peralta ($2.5 MIL).

This team is still staring down a team salary of $175 MIL on just 10 players.  With some guys eligible for raises in Arbitration – any spending on Free Agent will result in going over the Luxury Tax for a 4th straight campaign, pushing the Luxury Tax penalty to 50% of ever dollar over the $189 MIL mark.

Again, the Dodgers haven’t been scared off of this yet, however with the new CBA coming in for the 2017, one can not be so cavalier about blitzing this total out of the water.  New rules could heavily enforce on franchises over spending on the limit.

The current brass is well versed in operating on shoe-string budgets in Tampa and Oakland being their experiences before, but this will still provide a massive challenge for a club trying to win a championship.

Zack Greinke walked away from 3 Years/$75 MIL left on his deal, and may be able to garner a deal similar to what Max Scherzer netted last offseason.  If the Dodgers buck up that kind of dough, it will push their two top Starters to make well over $60 MIL per year.

Zack Greinke could be retained if the team goes into an entire youth movement.  This would mean a couple of more years to finally hover under the Luxury Tax, but it could be done.

The team could pull off some trades midway through the 2016 season, but they may involve dealing a quality First Baseman like Adrian Gonzalez, who could grant the team the best salary relief possible.  Nobody will likely set a foot anywhere near Carl Crawford and his $21 MIL+ contract.

I am giving the GM Andre Friedman credit for sticking with his youth last season.  His position players will help alleviate some of the costs for future years spending.

Joc Pederson, Corey Seager and Yasiel Puig are all under team control pretty much until the turn of this decade end, so the team should be competitive even if in cap hell.

The problem is with the surrounding cast to premiere pitcher Clayton Kershaw.  The onus will lie on the management to develop and cultivate their own talent in the Minors – to help ease the burden of the Free Agents coming in with team controllable pplayers.

In upcoming years, the club loses the albatross contract of Carl Crawford, Andre Ethier and Adrian Gonzalez as well.

Adrian Gonzalez – 1B (33):  The proven veteran will earn around $22 MIL per season the next 3 years consecutively.  It is my belief the team should try to trade him while he has value.

Brandon Beachy – SP (29):  $3 MIL Team Option.  The team may decide to keep this guy for depth.  He is a reclamation project with being a two time Tommy John Surgery recipient.

Joel Peralta – RP (40):  Friedman traded for this Reliever and loves him despite his age.  Not much of a gamble at $2.5 MIL for the upcoming season on a Club Option.

In this category, Joe Wieland – 25 (SP) and Juan Nicasio – 29 (RP) both fall in this 2nd year eligibility mode.  I expect only one of them to be retained, and that is the cheaper Wieland.  Nicasio is a perfect non-tender candidate.

Chris Heisey – OF (31): Another example of a non-tender guy.

This team needs to sign 2 or 3 Starting Pitchers that are at least #2 and #3 Pitchers.  That should cost about $30 MIL in 2016.  A Second Baseman is also needed, and they could be players on a guy like Daniel Murphy or Ben Zobrist.  They may even re-sign Howie Kendrick.

This is why Zack Greinke returning is so in question. If they ink him, the payroll would hover well over $260 MIL.  As it sits right now, I would project a team salary of $240 – $250 MIL for 2016. It bides another year of getting some guys off the books.

I would not be surprised if the team signs a bevy of Starters to 1 year deals. Maybe for a little higher than usual..  Brett Anderson may fall into this as a Qualifying Offer ($15.88 MIL for a one year deal in 2016).

The club can look to keep dwindling the payroll going forward towards the new CBA.

I am not saying they will not spend cash if in contention.  You can easily bunch up guys one year deals that have expiring contracts.  Friedman will find a way.

The bottom line is the 2016 Pitching Staff may not be as great as 2015, and despite potential growth in the offense, it might be a slight retraction in wins for 2016. 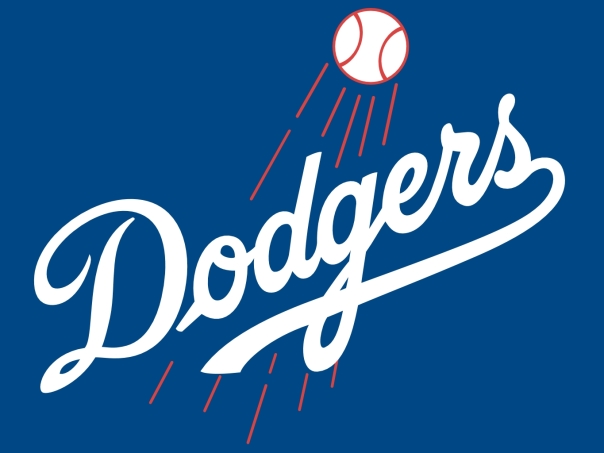 The Dodgers will pay a record Luxury Tax Penalty this year at 40% of dollars spent over $189 MIL. The total cap salary figure for the last campaign as over $314 MIL. That is about $50 MIL in fines coming forth. At a fourth year abuser in the next year, its is incumbent on the management to keep that total a lot less – with a 50% charge for every time they go over until they can hover under again for one season.

I am happy to be back at the helm of the MLB Reports, after completing my record 224 Games in the MLB Trip in 2015.  It was the 4th time I have seen all 30 MLB Parks since 2008.  During that time away I was fortunate to do 100 Media Interviews and be named the Baseball Blogger Alliance President.

← MLB Scheduling: May 2016
What is ‘My Favorite Baseball Game’ Ever Attended?: A New Method To Historically Score As A Ballpark Fan →
Loading Comments...