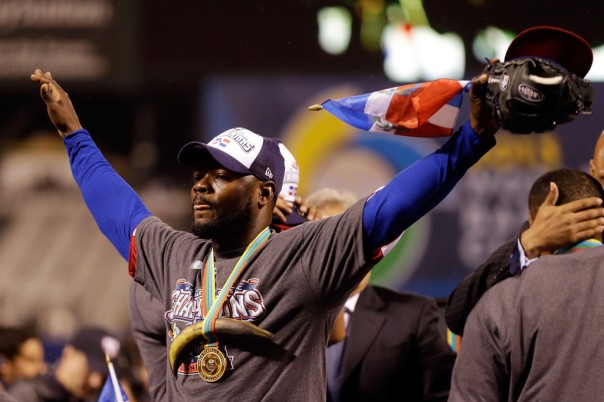 With the fiasco that is the Detroit Tigers Bullpen. I look for these guys to roll through several different Closers in 2015.  Joakim Soria would be the 1st one to attempt after Joe Nathan fails.

I also think the Yankees are going dually use Dellin Betances and Andrew Miller depending on the situational maneuvering matchups.  New York will be hard pressed to make the playoffs, but I do think they will net one of the higher team Save totals.

The same could probably said for the Boston Red Sox.  I think the near 40 year old Koji Uehara will have a tough time staying healthy for 100% of the opportunities, however he will be just outside the mark.

St. Louis may end up using someone different from Trevor Rosenthal, because we are due for them to change 9th inning guys. Adam Wainwright, Jason Isringhausen Jason Motte, Ryan Franklin and Edward Mujica have all seen the mantle over the last several years for the RedBirds.

Rosenthal has actually had one of the longer stints, however he really struggled at the end of the 2014 year (despite 45 Saves), and it carried over to the playoffs, where he featured 10 base runners, while only recording 11 outs.  I am thinking he will not have as many chances in 2015 as well.

Tyler Clippard pretty much has been in contention or won the Holds mark in the last several years for the Nationals. He is expected to start the year filling in for Sean Doolitle – after being acquired from Washington. This will probably negate him from winning the Holds trophy in his 1st year back in the American League. Photo Source: Getty Images

I believe the Giants won’t win enough contests to put Santiago Casilla in the fold.  The A’s lock-down pivot (Sean Doolitlle) has shoulder issues, and don’t count out Tyler Clippard or Ryan Cook picking up a few Saves this year.

The Mets have many capable late inning chuckers in their Relief core, and Bobby Parnell is coming back from a year long injury, so several guys may collect last inning work.

Joaquin Benoit is a guy who could do the job, yet I don’t see him being an upper echelon guy for putting up prolific numbers.

The Blue Jays don’t have a definitive arm to man the job yet.  The Rays will not win enough games.. Cody Allen may have a sneaky season for the Indians, yet will fall underneath the 1st tier Closers.

Glen Perkins could pick up some more chances in Minnesota, where the Rangers and Astros likely won’t have anyone earmarked for the entire season.

Hector Rondon also may emerge in 2015, and particularly in the 2nd half, when I predict the Cubs will have one of the best records post ALL – Star. Break.

Steve Cishek of the Marlins is another guy I am high from July on.  Once Jose Fernandez comes back fully to Miami, this team will be so much better.

The Cubs, Mets and Marlins could really be competitive by the time 2016 comes around.  The NL landscape may start to shift around this point.  Until then, it is the same old clubs playing well.

I still love Fernando Rodney in the AL, because I firmly think the Mariners will win the most games, just like I have the Nationals to win the most games in the Senior Circuit, and for Drew Storen to lead the league in Saves.

Jonathan Papelbon may get his Vesting Option for Finishing 48 games, however I have the Phillies pegged for about 100 losses, which means the Save chances would just not be there for him.  Even if traded, it will eat up some early opportunities.

For the record, Craig Kimbrel is still the sickest Relief Pitcher in either league, and it is only the team that he is on that will slow him down.

Drew Storen had a horrific start to the 2013 year, so much so, that the Nats sent him down to the Minor Leagues – which seems to have straightened him out. Last year, the 27 Year Old only yielded a 1.12 ERA – and 0.976 WHIP, with 11 Saves. The team chose to ride him into the playoffs as their last line of defense after continuous problems from Rafael Soriano persisted. Storen also tallied 43 Saves in his last year of Closer duty during 2011. The RHP will have a ton of chances to nail down wins, and should easily win the Saves category this season.  Especially with Kenley Jansen out for the 1st month plus for the Dodgers.