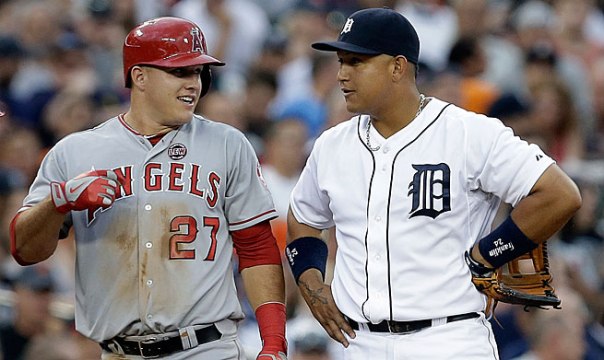 Every once in a while we will air the (ATR special, like our founder Jonathan Hacohen used to do every week).  Sometimes a lot of good questions are asked, all at the same time.

Rather than go on for days on social twitter, it is easier writing in a format that doesn’t limit you to 140 characters:

We had 2 such questions that were good enough to write an article about.

Q:  Who do you think should be the MVP in both the AL and NL this year?

A: This one is easier in the AL than the NL, but I would like to point out that the clear-cut favorite (Mike Trout) is not having as good of a year that he did in 2012 and 2013, however this trophy is going his way with the year LA has had.

Will finish with 35 HRs and 110+ RBI, with over 110 Runs scored, (currently has 81 Extra Base Hits for huge MLB Lead) and his stellar defense is definitely the difference separating him from Martinez (a primary DH) and Cabrera.

I will also point out that Victor Martinez  (.970 OPS, 30 HRs and 104 RBI) would certainly be right up there if he weren’t playing on the Tigers.

His numbers, contact rate, and overall professionalism as a hitter have saved Detroit’s bacon this year.

The big 1B for Detroit has seen his HRs cut nearly in half, but he is still leading the league in Doubles with 49 – and has 73 Extra Base Hits are even more than he had last year.

The Tigers never running away with the competition also is a drawback for both players.

Alex Gordon is a nice player, but he is not in the same league of play as these three gentleman.

As for the NL, I am going to align my pick with Clayton Kershaw.  This guy defines the role of MVP to a team.  He is the biggest reason his club currently has a playoff position out of everyone.

Andrew McCutchen is a world class player, but he has had more help across the Bucs lineup this year.  “Cutch” will finish with numbers almost identical to his MVP campaign last year, but this year the stellar play of Josh Harrison has backed him gallantly.

You throw in a career year for Neil Walker, and a great season for Russell Martin, and all of it slightly takes off a bit from the 2013 NL MVP.

Giancarlo Stanton suffering that devastating hit by pitch was too bad on all fronts.

He was light years above anyone for his offensive numbers, but his case would have been similar to Andre Dawson‘s 1987 NL MVP triumph, when he was so far ahead in the power departments, and there was no clear cut winner from a playoff contender.

One could say that Jack Clark and Ozzie Smit,  on the NL Pennant winning Cardinals,  took votes away from each other much like Harrison and McCutchen would.

Stanton will have a shot to win the NL MVP with the writers, but I firmly believe he belongs second on the list.

There is no questioning, the 24 year old CF should win the NL Hank Aaron Award for top hitter of the Senior Circuit, and he is should also be dubbed ‘the most outstanding player.’

Kershaw’s numbers have just continued to be filthy.  You factor in that he has 20 wins, 3 losses, and 3 no decisions in 26 game starts, and you can see why the Dodgers need this guy so much.

He should have a new nickname: “Mr Italic” for all of the categories he leads in.

Here at the MLB Reports, Our lead Personality “Sully” scours and watches all of the MLB action to give out a player of the night in the AL and NL for MVP.  He calls it “Who Owned Baseball”.

By far Kershaw leads all of the players, and has taken home player of the night 14.5 times in his 26 outings thus far.  You can check out that list here  .

That is all I need to know in deciphering this award…Before you discount this, take a look at the “WOB” leaderboards, as it has been consistent with the top performers for all the major categories.

Right now leading WOB hitters is McCutchen in the NL, and Trout in the AL, and besides Kershaw leading the NL Pitchers, Felix Hernandez is the AL leader for WOB pitchers.

Our Chief Writer – Hunter Stokes has been hammering out great gambling articles all year, and you would be doing well if you took his advice. He should be doing well, I taught him how to handicap! Well, sort of…Even though he loves the Dodgers, it wasn’t the reason he picked the club to win the World Series, he did so because they have Kershaw and Greinke, which reminds us of Johnson and Schilling from the D’Backs for a 1/2 punch in the rotation.

Q:  I have been reading Hunter Stokes articles on Betting all year, what is his method to his madness?? BTW… I am impressed by his W – L records!

A:  I can answer this pretty simple, as he and I have developed the same kind of template for gambling.  Hunter really has his pulse on the movements of Major League Baseball.

Gamblers always are reactionary to what is going on currently with teams, where the MLB calendar is 162 games long.  There are many ebbs and flows with each team.

The one pattern we noticed is the best for wagering on a club winning the World Series years ago, is waiting for the value based on those emotions..  I am so glad I listened to Hunter’s picks all year, as I am profiting from them like he is.

He jumped on the Orioles at +5000, and for the AL East Division right after the Blue Jays went on their big 11 game winning streak.

Hunter even hammered on the gambling websites for giving the A’s too much praise as the World Series favorites for months. They were never at a good valued odd.

Having followed everything he has mentioned to do, i am in such a position of strength for the post season, that I have 7 of the 10 current playoff teams to win the World Series, that would net a nice sum of cash.

I also point out that I took his advice for the three best plays of the year: KC over 82 wins, Washington over 90 wins, and the Padres under 79 wins.  The Royals have already won us money, and the other 2 bets are close to paying off as well.

In the end, we are not always going to be this good at prognosticating.  If we were, we would all be sipping pina colada’s down in Las Vegas, and using $100 bills for scrap paper.

I have said it several times, while this website is not always right, and no entity ever will be, we have had a higher rate of accuracy than the normal.  So I hope everyone remembers that when we all look stupid one year.

The one thing we are going to address more in the future weeks, is how to “hedge wagers” once you have enabled your self some great value picks.

Another thing we both take part in is setting up bets on things that would devastate us financially as fans.

For example… Right now, I want the Seattle Mariners to make the playoffs so I can watch postseason action at Safeco Field.

About 4 weeks ago, I received my season ticket holder letter saying I could secure my October tickets – with a big deposit towards next year’s games.

The first thing I asked were what the prices of each game of the playoffs would cost me – should the M’s go all the way.

The return pays me $1000 smooth if Seattle somehow upsets the world by making their 1st Fall Classic.  But simply this was the best way i could pay that amount cash, as finding almost 1K for playoff tickets is a big expense.It was worth a “Hondo” bet to ensure I didn’t have to spend the full amount.  But it also acts like a hedge to bets we have on the playoff teams anyways.

In the NL, I have the Cardinals for $200, Giants and Pirates are both near $400 worth The total amount I have vested (for both leagues) in those wagers only runs me about $200.

Based on the regular season profit I will make, I should break even if somehow the only 3 teams I don’t have to win the title, end up winning the damn thing.  The clubs than can burn up  my cash winnings are the Dodgers, A’s and Nationals.

I an not ashamed to admit the reason I never bet the Dodgers, is that if they win the World Series, they were both Hunter’s and I’s preseason World Series favorites.  Making us look good in our picks.

if Oakland wins the Fall Classic, we will both be ecstatic as avid Billy Beane supporters.  Plus they can do a Money Ball 2 movie!

The Nationals are my favorite team in the NL, going back to the Expos days, so if they win – I will be happy as hell.

So i have had it all work out to my advantage.

Either Seattle squeaks into the playoffs, or I have the highest amount I can win with one team (KC) probably knock them out.  Sure the A’s could do the same,  but that would be okay with us as mentioned.

If the Mariners go on a prolonged October run, I will have the funds to pay for the entire playoff loot of tickets.

The one team that cost us a little bit of profit was the Tampa Bay Rays, but it wasn’t significant to hurt much.

“Hedging” is a great practice for those people who like to assure some degree of certainty towards breaking even, with a chance to make a nice profit still.

While you may not win a boatload of money all at once, with a game like baseball changing all of the time, it is one of the most unpredictable sports.

I urge all of you to follow the gambling articles we do in the future.  You are talking about 25 years of handicapping expertise from Hunter and I. 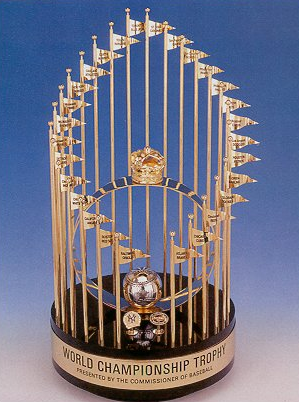 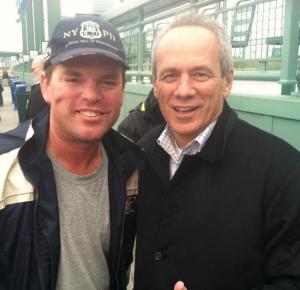