The deadline of December 31st has come and gone for The Baseball Writers Association of America (BBWAA). Members were asked to submit no more than 10 names of players they “deem” worthy of induction towards this year’s National Baseball Hall of Fame ceremony set for July.

Results are scheduled to be announced on January 8th.

Players must receive at least 75 percent of the votes in order to be inducted by a voting body of roughly over 500 eligible writers.

There are many player names worthy of discussion, however, few will see enshrinement, now or ever. 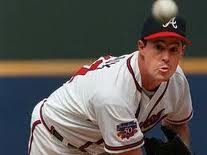 I predict two players will be elected to the Hall of Fame by the BBWAA, both first ballot players, Tom Glavine and Greg Maddux. They were the most dominant pitchers of their era.

Concluding last years vote total, in which no single player was selected for enshrinement, (the first time since 1996) and rumored in part as a stand by writers toward players associated with or of suspicion in connection with PED’s.

Prediction: None will find election on this years ballot.

Some, you might think, will lose votes to newcomers such as Glavine, Maddux and Thomas, and for good reason.

One particular carryover, Jack Morris (in his final year of eligibility), I  especially see being effected by the shift in voting due to the rich new addition of players to the ballot.

Bill Madden of the New York Daily News writes, “His detractors have pointed out he didn’t win any hardware and his 3.90 ERA would be the highest of any starter in the HoF. But this was a guy you had to see to appreciate!

For years, Morris’ Detroit Tigers were in the AL East with the Yankees and, counting his many postseasons, I got to see him 30-40 times and never once was he not the best pitcher on the mound that day.”

I predict, however, that Morris will eventually seek election via the Veterans Committee when he becomes eligible 21 years after his retirement.

Others such as Biggio, Bagwell and Piazza will all eventually be elected via the BBWAA, once they figure out how to handle the assumed PED associated players.

Keep in mind that three managers, Torre, La Russa and Cox have already been elected via the Veterans Committee, so selecting too many more [players] waters down the prestigious hall of fame selection process.

Should Jack Morris not be elected into the Hall of Fame, he would be the 1st Player not to gain as much as he has over the last few years percentage wise from the 40% mark to the mid 60’s – only to not get in. 2014 is his last year of eligibility with the BBWAA. Among Morris highlights were leading the 80’s is wins, being part of 4 World Series Teams, leading the league in wins 2 times, carrying a SEPT/OCT Career ERA of 3.27 – and featuring a 2.78 ERA in the 9th Inning of his time in the Majors. Heading into the 1992 World Series, he was 7 – 1, with a 2.54 ERA for his Post Season Career, but he was roughed up in that playoff run with the Blue Jays. However, with his AL leading 21 Wins, and over 235 IP (at Age 36), the Canadian Franchise would have never made it to the playoffs without him.

***A Big thank-you goes out to our Cooperstown Correspondent, Patrick Languzzi for his great work towards this feature column for the MLB Reports.***

We highly encourage you to leave your comments and feedback at the bottom of the page and share in the discussion with our readers.

Also, please feel free to check out Patrick’s grass roots campaign in support of Dwight “Dewey” Evans for the Hall of Fame here***