Citi Field is one of the newest Ball Parks in the Majors and was the host to the 2013 ALL – Star Game. Despite having a great young core of players – including a dynamic young Starting Rotation, the team is 12th in Home Attendance. A lot of the problems stem from poor ownership over the last several seasons. The Wilpons are lucky enough to have a plethora of young controllable Infielders and Pitchers, the big need is for the OF going forward. The club should definitely invest some money in this area for 2014. Lucas Duda, Kirk Niewenhuis, Eric Young Jr, are simply not starting OF at the present time. Their best patrolling player beyond the grass this campaign has been Marlon Byrd – and he is a Free Agent in 2014.  Juan Lagares, Andrew Brown, Mike Baxter have also seen time out there in 2013.  None of them have had resounding success – that would translate into a playoff contender.  While some of them could improve, spending some $$ on proven OF talent, could be the right elixir to contend even in 2014.

So after the usual Video Clip and READ THE REST OF THIS ENTRY button, you will find some serious &*!@?!#!

For a Full 3 year Salary Outlook plus last years Stats for every player in the Mets Organization click here. 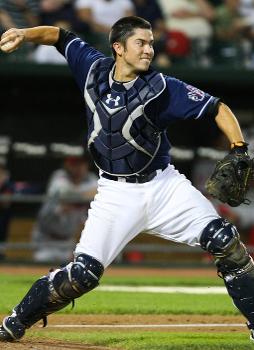 The Mets are finally going to have some money to spend in 2014.  The franchise will still be paying out $13 MIL in Dead Money for the campaign, but so far the players signed, plus that total equals $41 MIL.

The organization should be commended for selling high on R.A. Dickey and Carlos – in order to speed up their rebuilding process.  Having a lot of Entry – Level Contracts should help keep the payroll down for several years.

The Starting Pitching looks incredibly solid for years, and Jon Niese will be the highest paid chucker in 2014 at $5.25 MIL.

David Wright signed his big extension this season, and will earn $20 MIL next year.

A big hindrance to the club moving towards the .500 mark has been the abysmal year of Ike Davis.

Daniel Murphy will be entering his 1st year of Arbitration Eligibility – and won’t cost the club a fortune, for a viable and professional hitter.

The club is 4th in the NL East for Team Payroll heading into the 2014.  You can see a list of potential FA signings that the Mets might make in the winter here.

All of the players in the Organization Minors and Majors:’