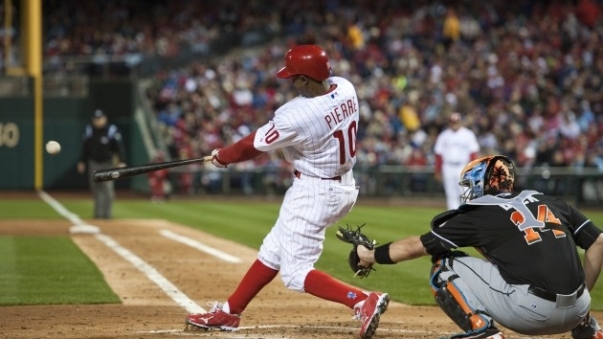 Juan Pierre was one of the most prolific hitters in terms of base hits in the last 12 years along with being the Active Leader for Career Stolen Bases. Pierre has 4-200 hit seasons in his resume.

Chuck Booth (Lead Baseball Writer and @chuckbooth3024 on Twitter)- The game has been moving back towards speed, offense and athleticism since the adaptation of the steroid testing in the MLB.  I think we will see a big emphasis on the Stolen Base in the coming years.  We have Billy Hamilton coming in the near future and he could actually challenge a 100 Stolen Base in one season.  30 years ago there were several guys challenge or eventually succeed in stealing 100 bases.  Rickey Henderson and Vince Coleman both hit the century mark 3 times, while Ron LeFlore and Tim Raines cracked the 90 SB plateau.  Teams used to have several speedsters in their lineup.  Jose Reyes has the most stolen bases in one year for the active players with 78 swipes in 2007.

I omitted Luis Castillo from the list because he has not played since 2010, (much to the delight of the New York Mets fans I am sure.)  I am sure that Boston Red Sox fans are hopeful that he can regain his stolen base prowess very soon with him being only in the second year of a 7 YR/140 Million Dollar Contract.  Johnny Damon also has foraged a great career to be on this list from sheer determination.   Out of this top ten , Jose Reyes has the most steals per games played, while Omar Vizquel (who has played 2947 games) has the least amount of steals per game played.  I was most surprised by Derek Jeter cracking this list because he has never stolen more than 34 bags in one year.  I wonder how many bags Ichiro would have stolen had he arrived in North America earlier?  Johnny Damon and Omar Vizquel making this top ten is a test to their long-playing careers.  I figured Jimmy Rollins had more steals than what his totals came in as.  Bobby Abreu  has the most HRs on this list with 286  and Juan Pierre has the least. with 17.