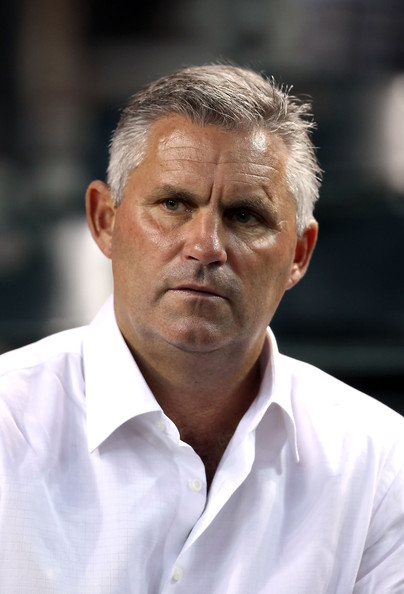 Kevin Towers had been at the GM helm since Sept.22, 2010 before having his duties relinquished today. He authored some of the worst trades in club history, and has seen his team pay the price for it the most this year, with a 59 – 81 record, after back to back 81 seasons in 2012 and 2013, and a NL West Title in his 1st year on the job in 2011. Towers traded away Stephen Drew, Justin Upton, Mark Reynolds, Chris Young, Tyler Skaggs, Adam Eaton, Matt Davidson and Martin Prado – all without much of talent brought back to the fold in return. It was time to go.

How All Of The D’Backs Pitchers Were Acquired:

It has not been a banner year for the Arizona Diamondbacks.  I don’t need to beleaguer that point out to much to the common fan of the franchise.

What I found most disturbing out of the Roster Tree, is the team’s brass continued reliance and insistence on Relief arms.

But before we divulge into that, the name Dan Haren is still haunting this franchise. (Not Towers fault, but still an important trade historically) END_OF_DOCUMENT_TOKEN_TO_BE_REPLACED

The 1st one coming to mind is shipping out Trevor Bauer, Bryan Shaw and Matt Albers for a fringe 1B prospect in Lars Anderson, Reliever Tony Sipp and shortstop Didi Gregorius (even though Chris Owings was already in the system). END_OF_DOCUMENT_TOKEN_TO_BE_REPLACED

How All Of The Tampa Bay Rays Hitters Were Acquired 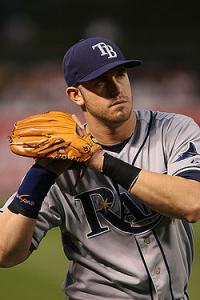 Evan Longoria is signed through the year 2023. He was earmarked as the ‘franchise player’ – and locked up early into his career. His deal will earn him $145 MIL over the course of 15 years worth of service.  He was Drafted 3rd overall in the 2006 Amateur Draft.

How All Of The Tampa Bay Rays Hitters Were Acquired:

At the MLB Reports, we intend to show you the Roster Tree for the Tampa Rays – and how they assembled their current roster for hitting and Pitching.  It will work in a six degrees of separation like format.

END_OF_DOCUMENT_TOKEN_TO_BE_REPLACED

Barry Enright was drafted out of Pepperdine University by the Arizona Diamondbacks in the second round for the 2007 amateur draft.

The right-handed pitcher made his major league debut on June 30, 2010. He pitched five innings and earned the win that day against the St. Louis Cardinals.

Haley:  First, congratulations on your engagement.  Have you set a date yet?  And if it is not a surprise where are you going on your honeymoon?

Barry:  Thank you. We set a date for January 19 2013 in Santa Barbara. We haven’t decided on our honeymoon yet, but our qualification is clear blue warm ocean water.

Haley:  Can you share with us your first memory as a professional?

Barry:  My first memory as a professional was in Yakima Washington. I gave up an 0-2 double off the wall to start off the inning but proceeded to strike out the side after that. I was a reliever my first half season to keep my innings down, it was a lot of fun. END_OF_DOCUMENT_TOKEN_TO_BE_REPLACED