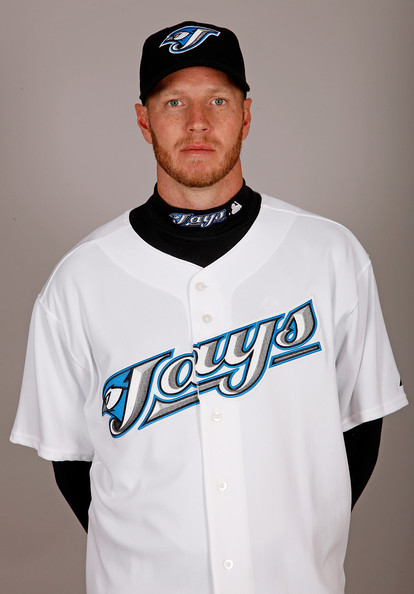 Roy Halladay won 148 out of his 199 career wins under the years he played for the Blue Jays. After struggling with his mechanics early in his career, he was one of the best pitchers in the AL for the years of 2002-2009.

The Toronto Blue Jays have had some incredible pitchers in their 35 years in the MLB.  From Dave Stieb being one of the top 2 pitchers in the 1980’s, to the dominant closers like Tom Henke and Duane Ward be part of their playoff runs, to Pat Hentgen and Juan Guzman firing out of their career like a sprinter making a mad dash for the finish line, to David Wells, Jimmy Key and Roger Clemens tasting success, awards and leading the league in many categories.  Finally, you had the premier pitcher in the American League with Roy Halladay in the 2002-2009 time frame.  Yes there may be some competition from C.C. Sabathia for that last claim, however no one will argue that Halladay is not one of the best pitchers of this ERA.  His being the Career Leader in winning percentage attests to that with 199 Wins versus 100 Losses (.666).  So let us take a journey through the franchise and recognize all of the best hurlers that have towed the hill for the Toronto club.  (Scroll Down Past the Links or Click the READ MORE OF THIS ENTRY ICON.)

END_OF_DOCUMENT_TOKEN_TO_BE_REPLACED 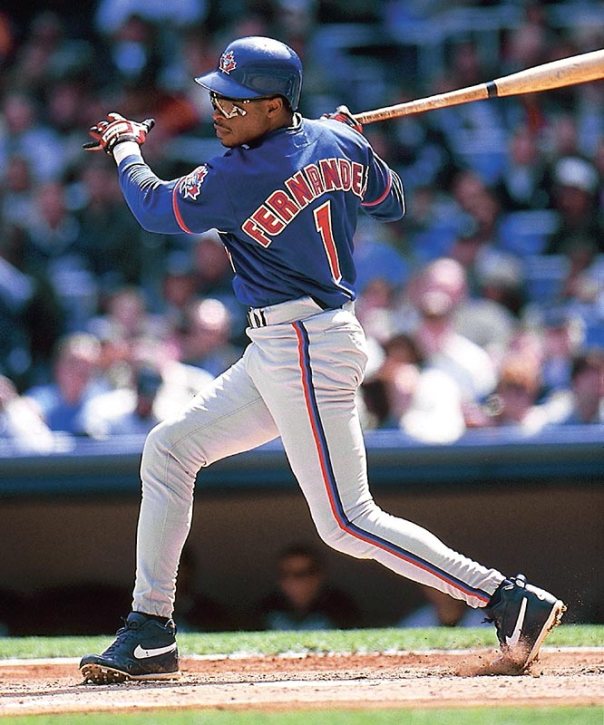 Tony Fernandez leads the Blue Jays Franchise for Hits and Games Played ALL-Time. At the age of 37, he flirted with a .400 average for half of the season in 1999. In his first go around with Toronto, he was part of the BlockBuster Trade that saw he and Fred McGriff go to San Diego for Joe Carter and Robbie Alomar at the GM’s Meetings in Dec of 1990. -Photo Courtesy of Sports Illustrated.

I like that this franchise series is right dab smack in the middle of the biggest Franchise trade since Tony Fernandez and Fred McGriff went to San Diego for Roberto Alomar and Joe Carter in 1990.  A Toronto Blue Jays fan can only hope for the same result that came down afterwards to repeat itself in the next few year.  The early days of the Jays hitters (late 1970’s provided some long-term reliable guys,) however it wasn’t until Jesse Barfield won a HR Title and George Bell came home with the 1987 AL MVP, that the rest of the MLB started to take notice on the hitters of this Canadian Team.  As soon as the club moved into SKYDOME, the hitters had a field day.  Not to say that Exhibition Stadium didn’t aid some homeruns and nice averages in its day, it is just that SKYDOME is a hitter friendly park.

From George Bell and the outstanding other 80’s OF trio of Barfield and Lloyd “The Shaker” Moseby, to Tony Fernandez and Ernie Whitt, these guys all played a huge chunk of their careers with this Canadian Club.  Fred McGriff routinely hit towering shots off of the Windows Restaurant and led the AL in HRs during the 1989 Pennant Winning Season.  In 1991, when Joe Carter and Roberto Alomar arrived onto the scene, the offense just clicked on all cylinders.  Devon White was gracefully stealing bases and striding into runs with those gigantic high knee kicks of his.  John Olerud walked right out of College and added one of the best ‘natural’ swings that any of us have ever seen.  Veterans Dave Winfield and Paul Molitor bashed their way into Jays hearts with their limited time with the organization en route to back to back World Series Titles in 1992 and 1993.  After the Strike/Lockout, the team then saw Shawn Green and Carlos Delgado routinely destroy pitchers and be amongst the league lead in several power categories.

There is a ton more on this article just past these links or by clicking the READ THE REST OF THIS ENTRY ICON.

Here are the links for the article series.

END_OF_DOCUMENT_TOKEN_TO_BE_REPLACED

The Blue Jays have not qualified for the Playoffs since they won Back to Back World Series in 1992 and 1993. Only Pittsburgh, Kansas City and Toronto have not made a playoffs appearance since the 1994 strike. At the time they were around the top of the MLB Payroll for all teams.

In sifting through 35 years of history with the Toronto Blue Jays as a franchise, it is sad that since 1994, only Pittsburgh, Toronto and Kansas City have not made a playoff appearance in the Major Leagues.  They have been battling the Red Sox and Yankees powerhouse clubs since the 1994 player strike/1995 Lock-out.  This baseball interruption of play was also a  deciding factor on the Montreal Expos losing their franchise, however one could say that this has had a profound effect on the other only team North of The Border.  The Jays were a model franchise all the way through the 80’s.  From 1983-1993, the team carried out 11 straight winning seasons, 5 Pennants and back to back World Series Wins in 1992 and 1993.

Pat Gillick had been with the baseball club from the get go, and after finishing in dead-last for the first 5 years of existence, the Jays rode the backs of several budding stars that were drafted by the man.  From the early pitching stars of Jim Clancy and Dave Stieb, to the young outfield that flourished as a core for years in: Lloyd Moseby, George Bell and Jesse Barfield, the team showed that drafting and trading for young players was the way to build an organization.  It took until 1985 for the teams first Pennant, barely edging the Yankees by 2 games for the AL East.  Playoff disappointment followed from 1985-1991.  The team soon would find the promised land as the top team in 1992 and 1993.

END_OF_DOCUMENT_TOKEN_TO_BE_REPLACED

The Tigers Prevailed in the 1987 AL East Race Before Losing The ALCS: In 2012, They Want a Parade!

Most of the 1984 Tigers were still on the roster in 1987 when the Tigers wrestled the pennant away from the Toronto Blue Jays. Those 7 games the two teams played in their final 10 games were better than anything I watched in the playoffs that year including the World Series!

In 1987, 3 of the 4 teams that are in the 2012 MLB LCS Round also qualified back then.  The Cardinals and Giants won the NL East and West respectively while the Tigers won the AL East.  The only difference was that the Yankees are in this version of the ‘Final Four’ now and the 1987 opponent of the Tigers was the eventual World Series Winners the Minnesota Twins.  The Tigers were 3 years removed from their World Series Championship team and still held a majority of their core players from that run in 1984.

I was 11.  I only point that out because most of us find our true sporting identity around this age.  It would also be the last time my 3 brothers, my dad and I would watch every pitch of the post season together ever.  That is why I remember the club so well.  While I had transformed into a New York Yankees and Don Mattingly fan, I watched the Detroit Tigers all of the time on the WDIV Channel (Channel 4).  As someone who lived in BC Canada cable subscriber we only ever received the Tigers, the CUBS (WGN), the Braves (TBS), the Blue Jays (TSN and CBC), the Expos (RDS and French Channel CBC) and the Mariners (KING 5).  Those Braves and Mariners were bad in the 80’s and the CUBS you could only watch if you were sick from school because they always played day games.  So it was a heavy dose of the Expos, Blue Jays and Tigers. END_OF_DOCUMENT_TOKEN_TO_BE_REPLACED

Follow Chuck Booth’s streak all the through to the bitter end.  Schedule is this link:

https://mlbreports.com/gwr-tracker/ or at his official website for all updates! 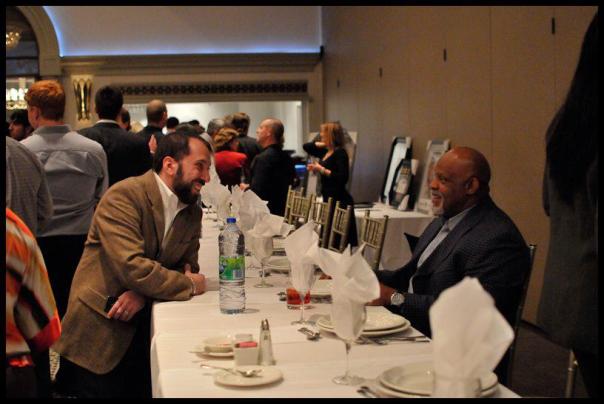 Chuck Booth (Lead Baseball Writer and- @chuckbooth3024 on twitter)– For once the shoe is on the other foot.  I asked the MLB Reports Founder and ‘Lead Columnist’ Jonathan Hacohen if I could interview him 5 months after he interviewed me.  Jonathan and I came into talking by both talking to the  MLB FanCave guys at the same time on twitter last June.  Jonathan was really interested in My baseball book “The Fastest Thirty Ballgames” and I sent him a copy of it if he agreed to do a review.  Jonathan finished the book and gave one of the most incredible reviews for my book that I have ever seen for any baseball book anywhere.  Somewhere I had given up all of my creative writing energy in the process while writing this said book.  Jonathan followed up with an interview later.  During the World Series, he offered up a chance to do a guest article since I knew a lot about the ballparks in Texas and St. Louis.  Now I am sure it was all part of his master plan: the one guest article turned into a once a week article, before I even realized it myself, I was writing 2 articles a week and craving more!  I messaged Jonathan about a potential run at the record to see all 30 MLB Parks before anyone on this planet.  The reason is the man loves baseball.  He was just as fired up as I was!  From there we have worked together as a team to provide a different kind of article series that has ever been seen by a baseball writer and website.  I am happy to finally meet Jonathan today live in person for the Jays game during this record chase.  Before we write about that, I had a chance to talk the man about baseball life, the MLB Reports and the Rogers Center.  Here is what we discussed… END_OF_DOCUMENT_TOKEN_TO_BE_REPLACED