How Many Years Will It Take Of The AL Clubbing The NL In Interleague (On A 12 Year Win Streak) Before Things Change? 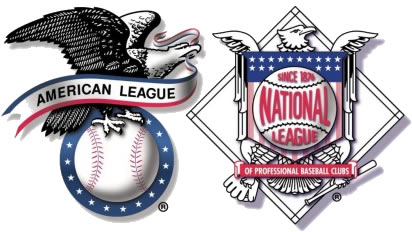 With a modest 4 – 3 lead in the season series heading into yesterday’s action. the National League was in foreign territory by leading the Interleague yearly contest.  You see that have not won a yearly series vs the AL since 2003.  Houston tied the current campaign series at 4 with a 6 – 4 win Satuday.

I am a bigger fan of the American League game over the National League, yet I am torn because if these splits continue for more seasons, we will never have more Interleague ever. We may stay the same – or god forbid, eliminate Interleague altogether if expansion leads to 32 clubs (16 in each league) and negating an odd amount of teams per league, not necessarily needing to play it anymore.

Right now there are 20 games for each club against the other League. It boils down to just one division playing another division, and then in most cases, a natural geographical rivalry.

Determining how many games there ought to really be, I turn to the “Team Fatigue card” a lot of my fellow westerners have expressed in so much out this way over the years.

I am close enough to see both NL and AL parks play, but there are several cities that are without a league park of the other for hundreds of miles (like Seattle, Arizona, Colorado, Minneapolis), then KC and St. Louis to a lesser extent, but far away enough to classify a full road trip should you partake in a journey to see.

You can add Texas and Houston, with Tampa and Miami in that mix as well. END_OF_DOCUMENT_TOKEN_TO_BE_REPLACED

Comments Off on How Many Years Will It Take Of The AL Clubbing The NL In Interleague (On A 12 Year Win Streak) Before Things Change?