Holland took over Closer duties during the 2012 season – once Jonathan Broxton was traded to the Cincinnati Reds. He was 7 – 4, with a 2.96 ERA – with 16 Saves. He was dominate until he went down with a UCL tear this season.

The epic is going absolutely nowhere fast, and we have seen a dramatic spike in the last decade of surgeries.  We have a dedicated page to the list here.

There have been several scares with some big name pitchers on 9 figure salaries, with Masahiro Tanaka and Clayton Kershaw in recent years, but there will come a day when a guy goes down making $25 MIL plus per year.

You could say that Yu Darvish was heading towards an astronomical payday before his setback this season.

Jarrod Parker, A’s – Honorable mention  (3rd TJ Surgery not to occur, but he is out indefinitely after was revealed he had a tear in his elbow  – recovering from 2nd TJ Surgery from Mar, 2014 in Minor League rehabilitation earlier in the month.) Still having an elbow surgery, just not the Tommy John operation. 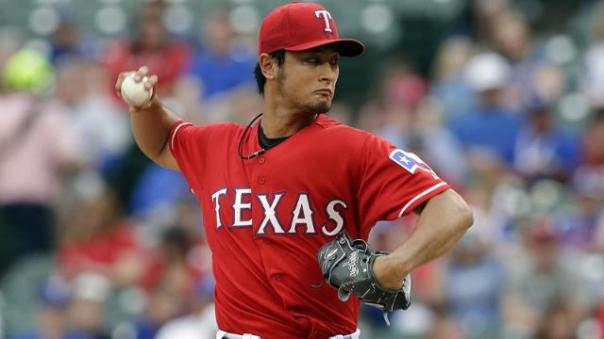 Homer Bailey,  Reds, expected to have TJ Surgery May.

Tyler Skaggs, Angels, Aug 10 – will have season ending TJ surgery soon.  expected to be out til 2016

Frank Herrmann – Indians:  Mar.1 3th. 2013:  He was in Spring Training with the Tribe, and now ha cleared waivers and was re-assigned to Triple-A Columbus.

Juan Carlos Oviedo (AKA Leo Nunez) – Marlins:  September 6, 2012 (Is Signed through 2014 with the Rays, expected to return for Spring Training 2014).  Oviedo just threw a relief inning with the Durham Bulls.  May be up with Tampa Bay shortly.

Drew Hutchison – Blue Jays:  August 7, 2012 (Returned to throw in 3 leagues of the Minors in 2013 for the Blue Jays, and has now pitched in the regular season.

Eric Surkamp – Giants:  July 25, 2012 (Came back in July for the Giants before spending the rest of the year in SF’s Minor League System).  He is now with Charlotte (AAA franchise of the CWS).

Daniel Hudson – Diamondbacks: July 1, 2012 (Went for TJ Surgery again in 2013, and yet is still expected to sign with the D’Backs even though he will miss the majority of the 2014 year.)

David Herndon – Phillies:  June 19, 2012 :  He is playing in the IL for the AAA Yankees affiliate (Scranton Wilkes Barre).  He was in Spring Training with the Yankees.

Joe Beimel-Free Agent:  May 2012:  Closed some games for Gwinnett in the 2013 year for the Braves organization, and now has appeared in some games in the MLB again – with Seattle in 2014

Jeremy Bonderman– FA:  April 24, 2012 – returned to the MLB with the Mariners in 2013, was released and temporarily made came back with the Tigers again before being released – and has since retired.

Danny Herrera– Mets:  April 19 2012:  He came back in 2013 with the Mets Minor League System, but was released after a bad start down there.  He is currently a Free Agent

Sergio Escalona– Astros:  March 24, 2012:  Appearebed in some games for AA Corpus Christi for Houston in 2013, before being released in November of that year.