I Understand The River Boat Gambler Mentality, But Preller’s Method To Build SD Into A Winner Will Fail

A.J. Preller has revamped the roster of the Padres so much in the offseason, that I think it will take a full season for everyone to get used to their surroundings. Much like the 2012 Angels and Marlins, 2013 Blue Jays and 2014 Yankees, just when you thought they won the winter, it took them half to a full year to round out their talent. Having 10+ new faces on the roster usually doesn’t translate to immediate impact on the field. The Padres are listed as about an 84 win game club based on their squad. I think they will be far below that. For now, I have them ranked below the Dodgers, Giants, Mets, Cardinals, Pirates and Marlins in the National League.

You are the San Diego Padres, and are looking at the Dodgers (north of $230 MIL in payroll the last 2 years and $267 MIL in 2015), and also the 3 times in 5 year champions (Giants) that also hail in your Division. Your franchise barely can scrape up enough dollars to crack the $100 MIL salary barrier, and you have 2 Pennants since your inception in 1969.

Petco Park’s attendance has been dropping since the park opened over a decade ago, and you needed to shake things up.  I get that.  Everyone and their grandma is calling A.J. Preller’s winter as a landmark win for any new executive that there has been.

Similar words were spoken in the winter of 2012 – going into 2013, when Alex Anthopoulos pulled off that mega trade with the Marlins, and everyone was casting them for the World Series (even the oddsmakers).  He based that trade with several components from Miami that were riddled with injury troubles in their career.

Justin Upton’s acquisition is very strange when you consider the Padres already had several OF in the fold. The LF is in the last year of his contract and has already stated he is leaving for Free Agency. The best thing that could happen for the franchise long term – is for the team to struggle early, but for the former Braves and D’Backs player to have a decent start, so he can be traded in July.

Mark Buehrle withstanding, and R.A. Dickey being solid (he was able to land Dickey with John Buck, and Noah Syndergaard afterwards). from New York.  How did that next season go?  Jose Reyes and Josh Johnson were hurt for the majority of the 1st half, and it was abundantly clear the Fish didn’t fare so bad with their trades after all.

Fast Forward two offseasons later, and the new San Diego GM was wheeling a dealing so fast, it was making people’s heads spins.

Let us not forget that this is a franchise who have been acquiring injury plagued players for the last 4 years.  Not Preller’s doing, but when you add more hurt guys to roster to compliment the old guys, it may not bold well.

Carlos Quentin or Josh Johnson anyone?  If that doesn’t do it for you, than they have barely been able to keep Andrew Cashner on the field, since dealing awesome hitting 1B Anthony Rizzo for his services.

So San Diego has brought in a new crop of injured players.

Matt Kemp has had 2 months of wicked play in the last 2 and a half years, and barely passed his physical.  With bad hips, he should be in the AL as a DH already.

Wil Myers spent half the year in a sophomore slump, while the other half was spent on the DL – and now the 1st set of business is to have roam out in CF?

Will Middlebrooks had a torrid start to his rookie season in 2013, and has showed flashes of power in his stint in Boston, yet he has battled the injury bug as well.

The club saw fit to throw some more money Josh Johnson’s way, even though he ran off like a one arm bandit last year.  When will these GM’s learn.  It reminds me of Jack Z. of Seattle continuously dumping money on Franklin Gutierrez (even though he had spent almost the last 3 years on the trainer’s table.) 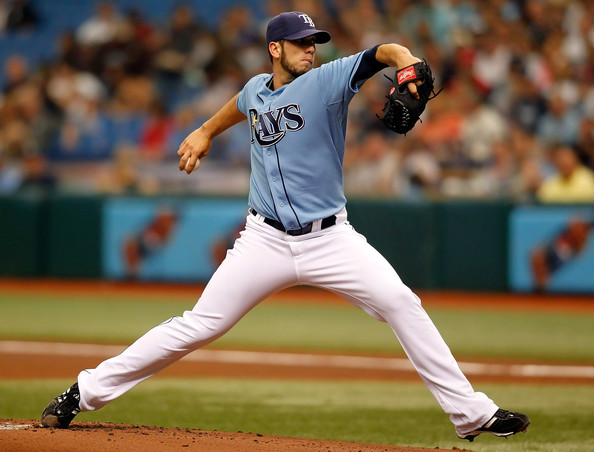 I do like the deal to bring in James Shields, when the organization dealt aay a quality young starter in Jesse Hahn in a separate deal for their new Catcher Derek Norris. Shields is solid for 200 Innings+ every year, and his stuff will translate well in Petco Park. The RHP has a 4 YR/$76 MIL deal with an opt out clause after the 2016 season. That is a good move on his part. I would have done the same thing if I were in his shoes.

Now I do think the James Shields deal was smart.  Heck, he has been the most durable Starter in the AL over the last several years.  I just hope he doesn’t get mixed up in the San Diego Pitchers jinx of hard injuries requiring Tommy John Surgery.

For those thinking it was wise to bring in Justin Upton for a year as well, I actually am split on the move.  I think the Padres will struggle early, and if they are able to parlay him into a trade chip at the Deadline, they will have a coveted piece for an aspiring contender, thus should net the club back heavy dividends.

If the Padres are sniffing around contention, he will be retained for the remainder of 2015, and the asset will walk at the end of the year.  I can’t think Upton is happy to be plying his offensive craft in Petco Park during the final year of his contract.

So the club also has Cameron Maybin, Carlos Quentin and Will Venable as extra OF on the squad.  I think there best CF is on the bench right now.

I understand Preller is not armed with a bunch of chances to improve his squad, and the payroll has limitations, but this way will not work in my belief.  These are the kind of risks that small market clubs are forced to do in order to contend versus mega revenue clubs.

More than half of the roster is new, and this takes time to gel.  By the way, Upton will be gone at the end of the season, and then you are back to square one.

I think Wil Myers will do best when he returns to a corner OF position.  Maybe with Matt Kemp, and Carlos Quentin (they may be able to squeeze 140 games out of those guys this year.), but that is doling out well over $23 MIL per year – and that is with the Dodgers picking up some cash on the Kemp deal.

Was I the only one who was watching the AL Wild Card Game?  Derek Norris couldn’t throw anybody out during that contest, and it may have been the deciding factor in allowing KC to take that game home and advance.  The bearded fellow had a terrific 1st half in 2014, but any A’s fan will tell you the 2nd wasn’t so pretty.  Beane picking up Jesse Hahn for his services may end up looking foolish. Norris may be better off in the AL, where he can be the DH every now and then.

I will say something here… I will look for San Diego to fare decently in Interleague and extra inning games, as their bench is pretty strong right now.

Their defense is much worse than it has ever been in all of the years they have been in San Diego.

On the surface the fans have bought in the excitement…so I suppose on the business side of it, all of these transactions should help the attendance and bottom line.  I am just not sold it will translate in to victories on the field.

I am marking them as my biggest favorite for the Over/Under total in 2015 for the under column (they are pegged at 84.5 wins right now).  I would not be surprised if they failed to duplicate their 76 win season they marched home with last year.

The Dodgers and Giants are still better than the team. and one could say the D’Backs and Rockies could club the baseball with the Padres too, with Arizona possessing twin powers Paul Goldschmidt and Mark Trumbo, while the Rockies have Carlos Gonzalez and Troy Tulowitzki.

All four of these men spent serious time on the shelf in 2014, yet if they come back to their form in 2015, both teams will be significantly better in the standings, and provide better foes to the Padres.

Yeah.  I could be wrong here as well.  I just think that constructing a team filled with checkered injury charts is not a way to do it.  The numbers tell me they will have several DL stints, and this could have a detrimental effect on the long-term prognosis.  At least the Padres youth wasn’t costing them a lot beforehand.

Maybe James Shields was quite smart for imposing a opt-out clause in 2016 after all.

San Diego also dealt their most productive bat in the 2014 lineup (Seth Smith), whose numbers will be missed. Everth Cabrera was also let go over the winter, and the club will miss his rabbit like speed. If the new Right Handed hitters can’t figure out Petco Park, than the club will have tough time competing in 2015, with a lessened defense, and maybe at par pitching staff from 2014, San Diego would also stand to benefit by trading Ian Kennedy at the deadline. I fully expect this club to have a tough time out of the gates. When you add so many pieces to a roster in a short time frame it takes time together collectively as a unit. You just don’t add water and stir for an instant contender!