← Colorado Rockies Roster In 2013: State Of The Union
Stan “The Man” Musial – The Passing of a Legend →

Brian Wilson suffered a season ending injury in April of 2012. He could only scrape together 1 save in 2 opportunities. The Giants wound up winning the World Series even without their star closer.

Brian Wilson has been a member of the San Francisco Giants since the summer of 2006. He started off as a reliever, beardless might I add, and gradually made his way up to the closer he is today. Back then he wasn’t the big name player that he is now. Back when they still had the likes of Barry Bonds on the team. Only recently has he made his way to one of the best closers in the league, and one of the craziest.

2010 is when he really made his way onto the scene. Sure, he was an All-Star in 2008 but quite frankly; the Giants weren’t nearly good enough for him to be noticed. San Francisco finished fourth in the NL West with a 72-90 record, a little surprising considering Tim Lincecum won the Cy Young Award. Out of those 72 wins, Wilson saved 41 and got the win in 3 of them. 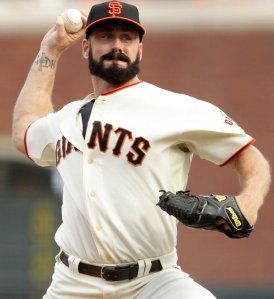 In 2010, Wilson made a name for himself as the Giants were a very good team.  In fact, they won the NL West with a 92-70 record. As they were making a run for the playoffs, and eventually the World Series, Wilson gained attention surrounding his beard. He started to grow out a huge beard that he dyed scary black. This is when he became a name in every Giants’ fans’ household. He ended up finishing the season with a career high 48 saves. As the hair was growing, the Giants propelled their way into the World Series. They ended up taking home their first World Series Championship since moving to San Francisco. He finished 7th in the Cy Young Award voting and 13th in the NL MVP voting, capping off his impressive 2010 campaign.

2011 came around and the Giants missed the playoffs – finishing 86-76, 8 games behind division leader Arizona Diamondbacks. Even though Wilson finished with 36 saves, a career low since becoming a full time closer, he made the All-Star Game and got the save in the game. Although the saves number pretty low, he missed the first 6 games with a strained oblique muscle.

This was the year the Giants really started to exploit Wilson’s beard. The San Francisco chronicle wrote, “Wilson is now the face (and beard) of the team.” He stated to appear in commercials including MLB 2k11, and SportsCenter’s “This is SportsCenter” campaign. You could spot fake beards in every corner of AT&T Park and shirts with it on it. The team fed of Wilson’s slogan, “Fear the Beard.”

Wilson appearing at the 2011 Espy Awards. Here he shows of his “Fear the Beard” and his wacky style in general dressing in a full body spandex suit.

Now with Wilson as one of the team’s most popular players the Giants had high hopes for him in 2012. Sadly, his season was cut short, really short, as he suffered a season-ending elbow injury that would require Tommy John surgery.

Even with this injury, he was with the team the entire year. TBS and Fox showed him multiple times a game during the postseason, usually doing something ridiculous including playing the drums, albeit a very slow beat, on Matt Cain and Clay Hensley’s heads. He was right in the middle of the on field celebrations throughout the playoffs and the champaign celebration after the World Series clincher. Even with the season ending injury, Brian Wilson never seemed to skip a beat.

On November 30, Wilson officially became a Free Agent. The initial thought was that the Giants would resign him for a 1 year deal for not a lot of money. Wilson was not satisfied with this offer and decided to test out the open market. So far no deal has been reached with Wilson but it’s doubtful the Giants will pursue him.

GM Brian Sabean said on January 19, “I’m going to be brutally honest as I always am, I don’t (think Wilson will return).”

If Wilson doesn’t return it will indeed be the end of an era. Romo will likely be the new close, who is also pretty crazy. He’s even got the beard to take Wilson’s place if he does in fact leave the team.

So if Wilson leaves the team there is no doubt San Francisco fans are going to miss him. He really has become an icon in the city by the bay. Not only will his beard be gone, Lincecum’s luscious locks have been cut short this winter. The fans are surely going to miss the beard in the coming seasons. At least they’ll have Sergio Romo’s beard and antics to look forward to the next few summers. 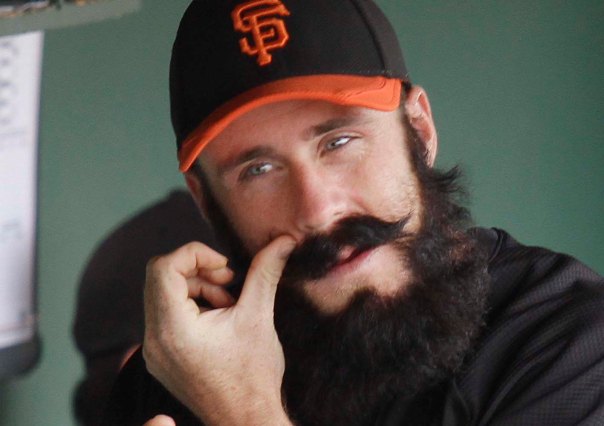 After some great years in San Francisco, the Giants are not expected to resign Wilson. He brought a World Series championship to San Francisco in 2010 making the last out in game 5 by striking out Texas Ranger Nelson Cruz.

Kyle is a life long baseball fan outside of Boston. He is a sophomore in high school has played baseball since he was 5. Although growing up in one of the best baseball towns in the major leagues, he has been a Giants fan since 2009. He credits his aunt with the Giants being his favorite team as she lives in San Francisco. Some of his favorite players include Buster Posey, Stephen Drew, Trevor Bauer, Stephen Strasburg, and Minor leaguer Danny Hultzen.  You can find Kyle on Twitter Follow @TheKHolland13

← Colorado Rockies Roster In 2013: State Of The Union
Stan “The Man” Musial – The Passing of a Legend →