The Blue Jays were the odds on favorite to win the World Series in 2013 among oddsmakers. After a failure of a season, the gambling websites  are still placing way too much faith in the team. To have them listed as tied with the Rays for the 12th best odd (+1800) to win the World Series is a stretch.  This team has committed $129 MIL already for 2014 payroll, and have not much room to gamble any more cash on the Roster.  This is incredible considering the bargain the team has with Edwin Encarnacion and Jose Bautista being just paid $23 MIL between the two of them.

It was a 2013 season that saw the team have the biggest spike in attendance in the majors, but it also came at a hefty price in total team salary.

For as much as the team forked out in payroll, they must not have been able to recoup all of their money.

Their payroll places them right in the middle of AL East pack.  The Yankees are right near the Luxury Tax Threshold right now of $189 MIL at $182 MIL – and the Boston Red Sox are hovering at around $160 MIL.

Between Jose Bautista and Edwin Encarnacion, they could both approach 40 HRs. The teams offense has been good this year, however the Starting Pitching has been atrocious – the good news is the Skydome has been attracting big gates. The team needs to put the pedal to the metal again in 2014. I f the clubs inks anyone else to a deal, they should sign any SP that has quality stuff.  Bautista makes $14 MIL for each year between 2014 – 2016 and Edwin Encarnacion will make $8 MIL in 2014, before earning $10 MIL in 2015.  There is a Club Option in 2016 for $10 MIL, just as the last $14 MIL on the 2016 books for Joey Bats. 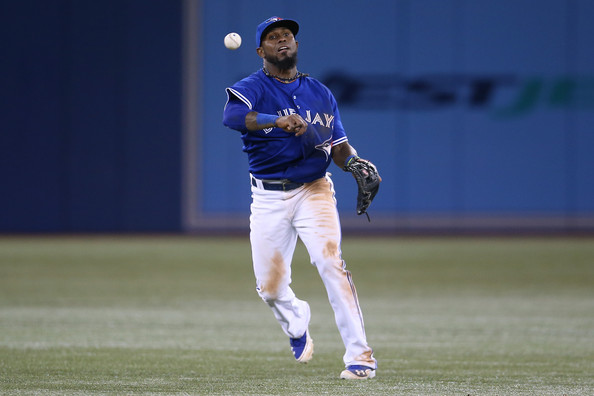 Jeff Kleiner has developed a site (prosportsrosters.com) that covers all organizational affiliates in the Minors for all of the Major League Baseball Clubs.

Jeff updates this page below on a daily basis.  After you click on it….Bookmark it.  There is salary forecasts and stats not listed here on this page.  Jeff updates these pages daily and these changes include any Roster moves!