The Red Sox Are Getting Thrown Into The Dirty Laundry Bag! 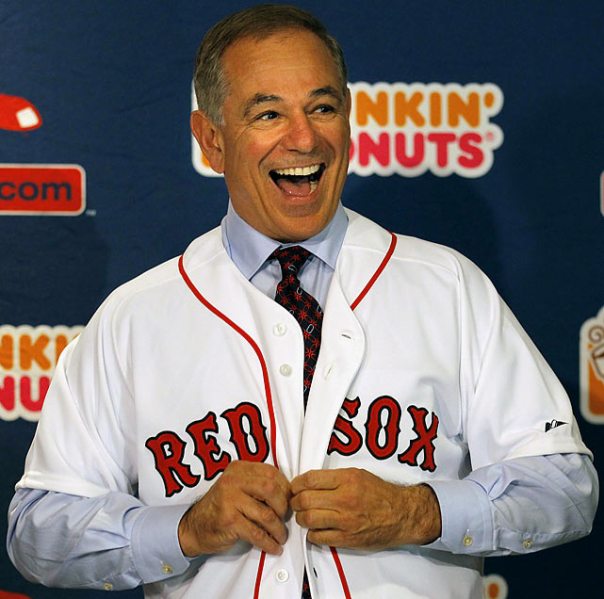 Bobby Valentine may have been happy to start the year as skipper of the Red Sox, but the 2012 season was nothing to smile about at.

MLB Reports:  Welcome to our newest Kids writer  Jason Alpert-Wisnia – for being selected to join our MLB Reports Kids Writing team.  We are pleased to present the readers with a youthful look to the game of baseball.  Moms and Dad’s – if you have a young kid who loves baseball and wants to write about the game, please email us at mlbreports@gmail.com.  We will be selecting three more kid writers for our website this year.

The Red Sox in the 2011 season were managed by the Luckless Losing manager Bobby Valentine and made them lose with a HORRID and CRAPPY Season Record of 69-93 putting them in last (5th) place in the AL East. They, are guessed to be going on another losing streak and get 5th place in the AL East again.

Youkilis reaction to a question about Bobby Valentine – Returns to Boston: 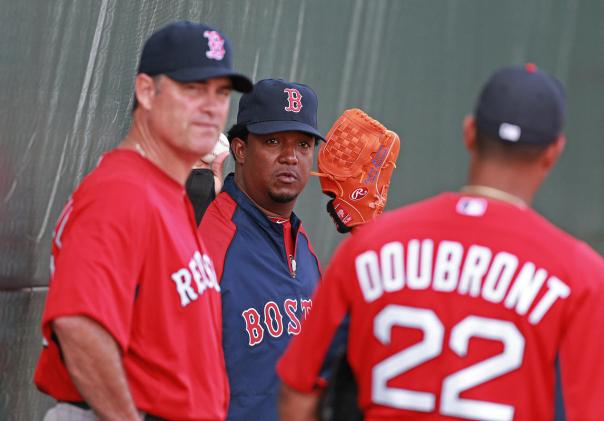 Now, with new manager John Farrell, who last season was the Blue Jays manager in 2011 and got them a 81-81 Season Record, which was 4th place in the AL East. Even though this is not the best that he could have done, he in the past has shown good chances of being a good manager for the Red Sox. He used to be a Red Sox pitching coach from 2007-2010.

When he was on the coaching staff, in his first year in 2007, the Red Sox won the World Series and led the whole AL in ERA with 3. 87 as wells as in 2008 and 2010 led the AL in Strikeouts and won the Red Sox Good Guy Award  from the Boston chapter of the BBWAA. Hopefully, he’s able to do as a hitting coach as well as he has done as a pitching coach, hopefully it’s a correct prediction.

He broke a bone in his right hand when he was hit by a pitch in a game. He would have done a lot better and hit way better stats than he did. If he had stayed off of the DL a little bit longer, he may have done a lot he did last season, so hopefully, he can do better than he did.

But, there is another good 3rd baseman that has not fully debuted till last season with the Red Sox. Pedro Ciriaco started playing baseball in 2010 with the Pittsburgh Pirates. But, he had less than 35 at bats in 2010 and 2011, but in 2012 when he was playing on the Red Sox, he fully debuted with 259 at bats.

In 2012, he hit . 293 Batting Average with 33 Runs, 76 Hits, 2 Home Runs, 19 RBIs, and 16 Stolen Bases. He shows good talent that maybe will become just as good as Will Middlebrooks, but if this does happen, then who is going to play at 3rd base?Because if Pedro has talent that fully comes out next season, this maybe might make it hard for them to choose who to put at 3rd base, because if they both are good, what is John Farrell going to do?

And with no regularly playing 1st baseman, they had to convert Mike Napoli, the Ranger’s past catcher, to a 1st baseman to fill up this gap in the infield. Since he used to be a catcher, his past skills and talents as a catcher will not help him become a 1st baseman, he probably will be a not-so good 1st baseman, but if this happens, they as it is DON’T have pretty-good 1st baseman.

The only player they have is Mike Carp. He used to be the Mariner’s 1st baseman. He’s an OK player, but he usually doesn’t do the best. Last season, he played only 59 games, he hit . 312 Batting Average, 17 Runs, 35 Hits, 20 RBIs, and 5 Home Runs, but maybe, just maybe, if he played more in a season, he may do a little bit better than how he usually does, but if he plays a little bit more, he may do a little better, but I don’t see that much potential for him to do well. As well as I’m really not sure about Mauro Gomez also about being a good 1st baseman as well. So, I’m really not sure what’s going to happen to the Red Sox’s 1st base.

Also, the outfield is not the best. But they aren’t the worst. They got Jonny Gomes from the Athletics and Shane Victorino from the Phillies. These two players aren’t the best that the Red Sox could have gotten, they’re pretty-good players.

Jonny Gomes as well last year did pretty good, but with some more practice, he may become a lot better. With stats from last season in 2012, like he hit . 250 Batting Average and got 11 runs, 8 hits, 4 RBIs, and hit 3 Home Runs in 20 games. The outfield is OK, but it’s not the best outfield, but it’s good enough.

And with David “Big Papi” Ortiz still injured with his Achilles Heel, we’re unsure of what he can do next season with the state he’s in currently.

So I seriously don’t know what the Red Sox are going to be able to do next season, and by my predictions, it looks like they aren’t going to do that well at all  next season and are going to be the fail of the AL East, and get 5th place to be yet again the losers of the league. But if things like converting Mike Napoli to 1st base, the new outfielders, and all the new things they’re trying out, they may do semi good ending in maybe fourth or third place in the AL East. 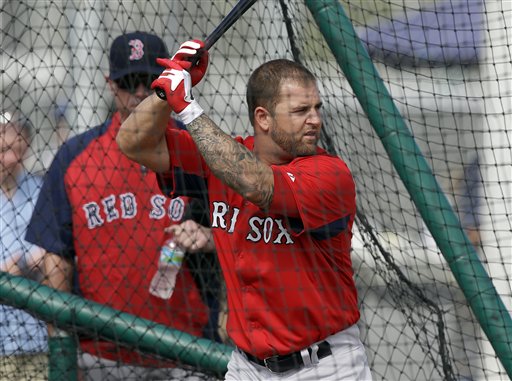 Mike Napoli has authored 5 straight years of 20+ HRs in limited AB. With Ortiz on the mend for the 1st part of the year, he will need to have a big season in 2013.

A big thank-you goes out to our ‘MLB Reports Kids Writer’ Jason Alpert-Wisnia for preparing today’s featured article.  Jason is the son of our Boston Red Sox Correspondent Saul Wisnia.  He is 12 years old and loves the Red Sox too.  His dad tells him routinely that he has been spoiled as a Boston fan ( 2 World Series before the age of 7).  He has designed, performed the layout and edited his own written work at his personal website http://baseballpinchhitter.blogspot.com/ . Jason is the 2nd kids writer for us at the MLB Reports (1st is Haley Smilow).  You can find everything he posts on the MLB Reports on a page we call ‘JAWS Of Wisnia’ here   Jason likes the nickname of ‘JAWS’ because his initials are JAW.  Feel free to comment on all of his work (especially positive ones) or leave a comment for his dad to pass on to him via Twitter Follow @SaulWizz 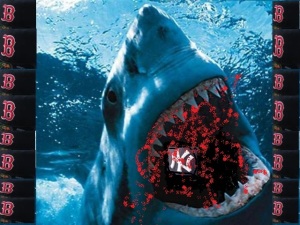 I've been a member of Red Sox Nation since long before the term was coined, and currently work 300 yards from Yawkey Way. I've written for The Washington Post, Sports Illustrated, Boston Globe and Boston Herald, and have authored numerous books, including Fenway Park: The Centennial and For the Love of the Boston Red Sox. I'm currently working on Miracle at Fenway, an oral history of the 2004 Red Sox season, so if you have a story to share please shoot me an email.
View all posts by saulwizz »