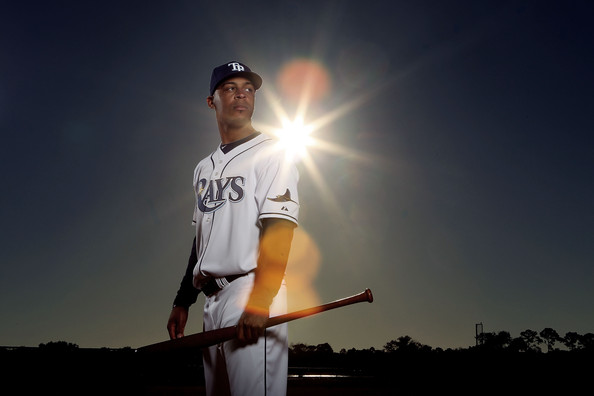 MLB reports:   Saturday July 23, 2011.  The Tampa Bay Rays lose to the Kansas City Royals by a score of 5-4 in 10 thrilling innings.  Joakim Soria got the win.  Brandon Gomes got the loss.  Eric Hosmer had the game winning hit.  Just a normal Saturday night MLB game in Kansas City.

In the Tampa Bay loss, a new era begun in Rays baseball history.  Desmond Jennings, the 24-year old top hitting prospects of the Rays, made his 2011 major league debut.  Originally a 10th round selection back in the 2006 MLB draft, Jennings entering game action yesterday rated as one of the top prospects in the game.

Let’s take a look at the career statistics of Desmond Jennings:

Jennings had his breakout season in 2009 and looked ready to work towards his MLB debut in 2010.  However injuries slowed him down and he spent the season developing his craft in AAA.  Come this season and we see the Jennings of old.  In 89 games, Jennings already had 12 home runs, 68 runs, 39 RBIs, 19 doubles, 3 triples. a .275 AVG and .830 OPS.  Most telling is that Jennings has been successful on 17/18 stolen base attempts.  With little to prove in the minors and the Rays needing a serious offensive boost at the major league level, Desmond Jennings got the call to join the team yesterday in Kansas City.

One of the few true five-tool prospects in the game, Jennings was slotted in the leadoff spot and playing left field for the Rays.  Expected to play solid defense and ignite the Rays offense, Jennings did not disappoint.  The final boxscore shows the following stat line:  2 for 3, double, triple, 2 runs, 1 RBI, 2 walks, 1 SO and 1 SB.  That is how you fill a box score ladies and gentlemen.  The Rays brass must be overjoyed at the success Jennings enjoyed in his first game this season.  Shades of Carl Crawford and Rickey Henderson no doubt.

With such a big game played, the expectations will already be high for Jennings.  People have to remember that he is still raw and developing as a hitter.  He is also young and will take time to mature.  With so many holes currently in the Rays batting order, Jennings will not be pitched to every game if he stays hot.  The league will also start to put a book together on him and find the holes in his swing and game.  While his two walks yesterday were impressive, Jennings was still striking out much more than he was walking in AAA this year.  The potential is definitely there, as he showed yesterday.  The expectations just have to be kept in check.

Rays fans have been calling for the promotion of Desmond Jennings since spring training.  With the team in contention, the time was right to give Jennings the call.  Long-term, I can realistically see him as a 20 home run, 50 stolen base type hitter.  The power is definitely there and he should be an extra-base hit machine as he finds his groove at the major league level.  With the art of the stolen base slowly coming back to baseball, Jennings should win several stolen base crowns before his time is done.  With the trade deadline looming, the Rays are looking at acquiring more hitting prospects to beef up their offense.  With Desmond Jennings at the top of the order, the Rays will have an offense that will compliment its superior pitching.  The World Series may not come to Tampa Bay in 2011, but the road to the championship just got more clear.  Welcome to the big leagues Desmond Jennings.  Well done. 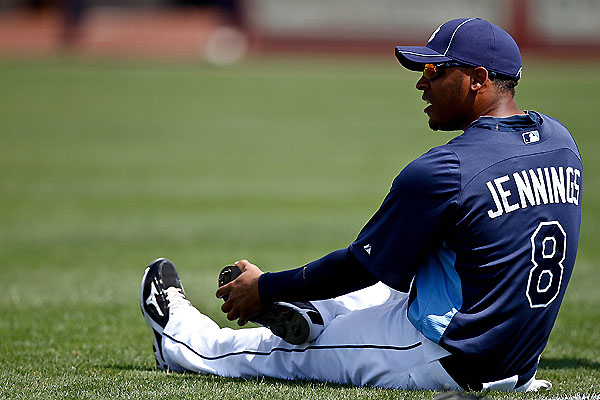