Howard And Utley: Healthy And Ready For A Huge 2013 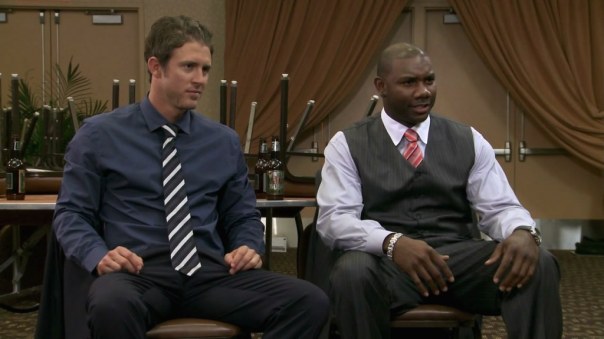 Chase Utley and Ryan Howard guest starring on “It’s Always Sunny in Philadelphia.” I love this show and this episode, but it is wildly inappropriate and I would not suggest it for children. Chase and Ryan were awesome in it.

Ryan Howard and Chase Utley have played for the Philadelphia Phillies their entire careers to this point. They have been holding down the right side of the infield for the Phillies consistently since 2006 – and have been tearing apart pitching from the 3-4 slots in the lineup for equally as long. They each played in 100+ games every year since the 2006 season, until an injury plagued 2012 campaign for the duo.

Howard managed to play just 71 games, and Utley only 83. Maybe age is starting to catch up with the 33 year old Howard and 34 year old Utley, and if it is, that is a terrible sign for the Phillies playoff aspirations because their offense has been built around the two (plus standout Shortstop Jimmy Rollins). I think the Utley – Howard combo still has productive seasons left with in Philadelphia, and 2013 should prove that. I expect them to be bright spots in the lineup for a team that has become largely reliant on their starting pitching to achieve success.

END_OF_DOCUMENT_TOKEN_TO_BE_REPLACED

Comments Off on Howard And Utley: Healthy And Ready For A Huge 2013