How All Of The Yankees Hitters Were Acquired: 2014 Roster Tree 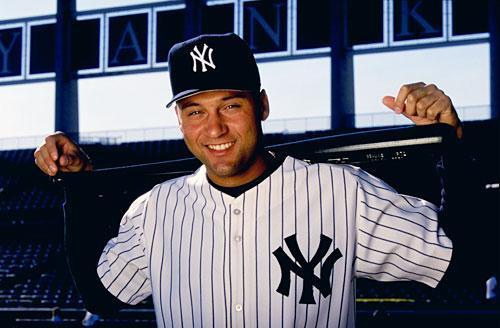 How All Of The Yankees Hitters Were Acquired:

The success of most franchises usually occurs when a huge core is built up through a drafting system, and then the club can piece the rest of the club together.

The 2nd best way to create a winning squad is to trade for players with the organizational pieces you have supplanted in the Minors or Majors.

Then there is the Yankees way of doing things.  Hiring Free Agents – and spend boatloads of dollars.

Out of the majority of their hitting roster in 2014, most of them came through the Free Agent route.

Ichiro Suzuki and Brendan Ryan were both acquired in deals, then have since re-signed as Free Agents in the open market afterwards.

Alfonso Soriano, was brought over in a deal, and is in the last year of his current contract signed back in 2007.

Yes, he was originally signed by the “Pinstripers”, but the new chain of transaction, had the club giving away a pitching prospect for his services, even though he is still tied to A’Rod.

Derek Jeter, Brett Gardner and Francisco Cervelli stand alone as the only 3 players to have been drafted by the club – and have remained Yanks their whole playing time thus far. END_OF_DOCUMENT_TOKEN_TO_BE_REPLACED

Comments Off on How All Of The Yankees Hitters Were Acquired: 2014 Roster Tree

The NY Yankees Roster Tree Part 1: The Hitters Acquisitions For Each Player

Derek Jeter starts the 2013 year only 11 hits behind Eddie Collins for 10th place on the ALL-Time hits list. With a possible Player Option in 2014, – and maybe playing one additional year after – can he hit 327 base knocks to pass Stan Musial for 4th place on the list by that years end? Will he play beyond this year even? Derek Jeter was Drafted by the team in 1992 – and represents all that good drafting the team did prior to the new regime.

At the MLB Reports, we intend to show you the Roster Tree for the Yankees – and how they assembled their current roster for hitting and Pitching.  It will work in a six degrees of separation like format.

If a player has never left the organization at all, the tree will be easy – as it will just be the year they were drafted.