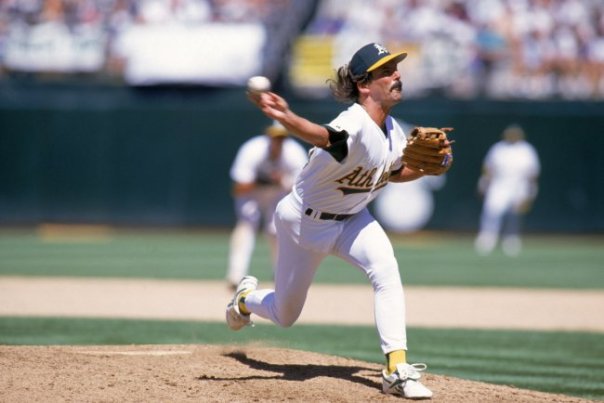 It is time for The Sunday Request.

@sullybaseball Years ago my brother kept track of “Stroup Saves” for 1-2-3 innings. You could use #SullySave for facing the tying run

I do more than come up with a new save rule. I applied it retroactively to the save total for Mariano Rivera, Francisco Rodriguez, Dennis Eckersley and other great seasons in history.

END_OF_DOCUMENT_TOKEN_TO_BE_REPLACED

Travis Hafner, Francisco Rodriguez, and Kyle Lohse have all shown that they can be above-average Major League players. However, with all three above the age of 30, teams are nervous to sign any of them to the multi-year contracts they want. Hafner has dealt with knee and back injuries over the past two seasons, but he still can bring power to an American League team in need of a DH. Francisco Rodriguez has always dealt with off the field issues, but he was very effective as Milwaukee’s set-up man in 2012. Kyle Lohse, who is coming off a season in which he posted a 3.51 FIP in 211, is the top free agent pitcher on the market right now but his age and inconsistency scares away possible suitors. Despite their age, inconsistency, and injuries, all three of these players could play a large role on MLB teams in 2013.

END_OF_DOCUMENT_TOKEN_TO_BE_REPLACED

Top Ten Stat of the Week: Active Saves Leaders in the MLB (A Closers Role)

Mariano Rivera holds the ALL-Time Record for any closer (active or retired) with 608 Saves. Will he come back in 2013 to add to his totals?

Chuck Booth: (Lead Baseball Writer and @chuckbooth3024 on twitter)-  To be a closer in today’s baseball game takes quite the mental fortitude.  There is a lot of psychological warfare one could do to himself in preventing a successful run at saving games.  While I am of the mindset that the relief pitchers of yesteryear seemed to be relied on more for lengthier durations, this does not diminish this stat in any way.  It is hard to acquire the 90-100% save rate that most teams are striving for in a pitching staff.  In any given seasons the average save opportunities average from 45-65 chances to lock a game down.  A lot of this also depends on what team you play for.  There have been several phenomenal stretches put forth by closers of the game in recent vintage.  Who could forget Canadian born Erig Gagne?  This man once saved 85 straight games from 2002-2004.  He is the all-time leader in that category and beat out John Franco’s previous record by an astounding 30 games. Another incredible run was Brad Lidge‘s incredible 2008 season where he did not blow a save opportunity out of 48 games both in the regular season and playoffs.

Sure these guys don’t log 120 innings anymore, or throw for 3 inning saves like Rollie Fingers and Goose Gossage did for many years.  By the way, we can all thank Tony La Russa for the invention of specialists pitchers (Rick Honeycutt, Jesse Orosco anyone?) and the one inning save closers.  La Russa perfected this scenario with former starter Dennis Eckersley coming out of the pen for the Oakland A’s during their powerhouse days in the late 80’s.  Eckersley was so dominant every team tried to duplicate their own bullpens to mock the A’s.

Before this time had come, relief pitchers were all mostly comprised of young pitchers trying to acclimatize themselves into the Major Leagues first, before earning a spot as a Starting Pitcher.  For example, David Wells was once a relief pitcher for the Toronto Blue Jays first and then was promoted to a starting pitcher after he proved he could pitch in the Major Leagues.   In today’s baseball world, relief pitchers are now being drafted out of college and high school as relievers whereas they used to all come from the position of starting pitcher.  It also used to be that relief pitchers were players that graduated to a starter and then could not find success as starters and were sent back to the bullpen once again to stay.  When it came down to it, you had only a couple of chances to perform as a starter.  Maybe it was because there were bigger than life characters like Gossage that make remember these pitchers in such favorable terms.  Maybe it was because we never saw them interviewed on a social media platform like today’s athlete is and the mystery surrounded them made them more feared, or maybe it is because we tend to admire things more when they happened in the past.  I still love the closers role in today’s game and nothing has more drama in a baseball game than trying to nail down the last 3 outs!

END_OF_DOCUMENT_TOKEN_TO_BE_REPLACED

Comments Off on Top Ten Stat of the Week: Active Saves Leaders in the MLB (A Closers Role)