Contenders for AL Rookie of the Year Award: Who Will Win? 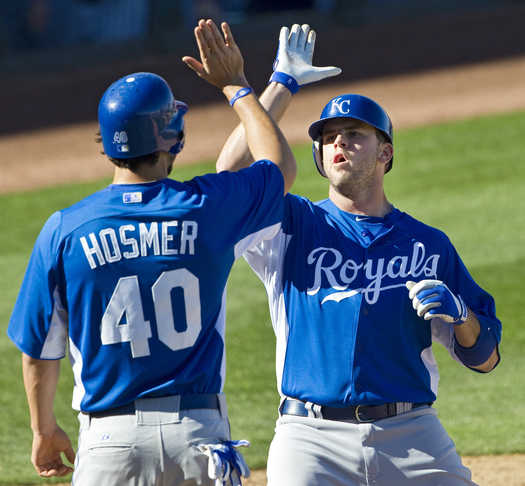 Sam Evans (Intern Candidate- MLB reports):  With the regular season coming to an end, it’s time to start looking at baseball’s awards. The American League Rookie of the Year will definitely not be an easy choice for BBWAA voters. Even though the top candidates are pretty clear, there is still about 20 games left for most teams. This last month is important for candidates to solidify their numbers and argument for the award. Here is my opinion on who should win the award.

Three of the five last winners of the AL ROY award have been pitchers. When choosing who I think deserves the award one of my key requirements is playing time. In my opinion, a mediocre pitcher who pitched the whole season is more impressive than a position player who was only in the majors for half of the season. Also, I don’t think the team of the players record is important enough to be a consideration for voters. This award should be chosen for a player’s impact in the majors, not how hyped up of a prospect he is. So I’ll try to look past the shock value and breakdown some of the candidates.

Hosmer  made his Royals debut on May 6th and has been the Royals starting first basemen ever since. For the year, Hosmer has batted .286/.334/.462 with 17 HR and 69 RBI’s. He has been the consistent middle of the order bat that the Royals have lacked ever since Carlos Beltran got traded.

When Pineda was named the Mariners fifth starter right before the season started, most Mariners fans didn’t know what to expect. Michael was an American League All-star and has slid into the Mariners #2 starter spot. His numbers have tailed off a little as the season has gone on, but the Mariners still haven’t made the decision to shut him down. He has a 3.72 ERA in 167 innings with 171 strikeouts. That’s more than Jon Lester and Matt Cain. Also as his 3.42 FIP suggests he has actually been better than his ERA suggests. However, he has pitched in a pitcher’s park this year which have probably helped his numbers.

Nova just barely has eligibility, but he has had a surprisingly solid season as one of the Yankees backend starters. He is 15-4 with a 3.94 ERA and 87 strikeouts in 144 innings. Obviously, the number that stands out is the fifteen wins, which is impressive for any pitcher. Still, with the Yankees offense wins aren’t a great stat to judge performance.  Speaking for myself, I just don’t think his numbers are impressive enough to be the 2011 AL Rookie of the year.

Going into the season, there were pretty high expectations set for Hellickson. ESPN fantasy baseball teams were drafting him at an average of 163rd. He definitely has lived up to those assumptions and maybe even exceeded them. He is 12-10 with a 2.96 ERA and 109 strikeouts in 170 IP. Not to mention, he has done this while pitching in the toughest in baseball. He has had a lot of luck this season, as his 4.30 FIP and 4.57 xFIP suggest (courtesy of fangraphs.com). Also, he has the highest LOB% among all pitchers that have thrown over 100 innings.

After the Angels received the news that Kendry Morales would start the year on the disabled list, the Angels first base options looked bleak. Trumbo was the favorite to win the job but wasn’t a very heralded prospect. Baseball America had him as the Angels 9th best prospect. Trumbo not only won the job, but he ran with it. On the season, he is hitting .256 with 26 HR and 80 RBI’s. He leads all rookies in homers, RBI’s, and SLG%( for rookies with more than 300 plate appearances). Not to mention, he has provided an above-average glove at first base. His batting average is not great, and his OBP% is under .300(.295), so he hasn’t been perfect this year. In the end, he has made contributions to his team unlike any other candidate.

I think Ackley and Jennings didn’t play enough games to deserve the award, and Walden has been too inconsistent. However, if Jennings were to lead the Rays to an improbable playoff spot, I think he should win the award or receive strong consideration by the voters.

If I had a vote at the end of the day, I would vote for Trumbo- with Pineda, and Hellickson following. There is still plenty of time left, but in my mind Mark Trumbo deserves the 2011 American League Rookie of the year award.

***Today’s feature was prepared by one of our intern candidates, Sam Evans.  We highly encourage you to leave your comments and feedback at the bottom of the page and share in the discussion with our readers.  You can also follow Sam on Twitter.***

MLB reports:   With the shortage of quality second basemen in baseball, teams are always on the prowl for the next Roberto Alomar or Ryan Sandberg.  We often hear the names Dustin Ackley and Neil Walker thrown around.  Sitting quietly in Washington though is one of the better all-around second basemen in the game.  With each home run, the secret is starting to get out of the bag.  The Nationals keep winning games and building towards the Bryce Harper and Stephen Strasburg era.  But before the next can’t miss prospects make their mark, Washington already has a rookie assaulting the MLB record books.  His name:  Danny Espinosa.

The 24-year old Espinosa was born in California and selected by the Nationals in the 3rd round of the 2008 draft.  He made his major league debut last year and retained rookie eligibility in 2011.  The heir apparent to the shortstop position from once incumbent Christian Guzman, Espinosa moved to second for 2011,  took a hold of the job and ran with it.  Considering he had to learn a new position on the fly, Espinosa’s production is that much more impressive.

Here is a look at Espinosa’s numbers during his time in the minors:

Now let’s take a look at what Danny Espinosa has produced in the majors:

In addition to have a top-rated glove defensively, Espinosa has produced quite well offensively in the majors.  He is on pace for an outstanding 30+ home runs with close to 100 RBIs.  Middle-of-the order type numbers are what we are projecting, not the standard second base type production.  As with many rookies, Espinosa still has a difficult time making contact and his BB/K ratio will require substantial improvement for him to develop into a batting champion one day.  But the numbers in the minors show a great deal of promise.  The power has come at an early stage for Espinosa, it is the balance of his offensive game that needs to be rounded into form.

As with any young players, it is difficult and somewhat unfair to have comparisons to establish major league players, let alone ones of the Hall of Fame variety.  But Danny Espinosa is showing some Ryan Sandberg type qualities at the plate at an early age with his strong power bat.  Second basemen traditionally have strong gloves and any production offensively would be considered a bonus.  Players of the Danny Espinosa variety do not come along very often.  Washington currently sits with a 40-39 record, above .500 as we near the All-Star break.  With the team playing explosive baseball (7-3 in last 10, 22-13 at home), the baseball world is starting to turn its attention to Washington.  At the forefront is rookie Danny Espinosa.  A possible All-Star come next month, expect to see Espinosa in many All-Star games to come.  Come one October soon, we expect to see Espinosa, Harper and Strasburg competing for a World Series title.  The word is out on Danny Espinosa, who will form a core for the next decade in building Washington into the next powerhouse team.