Andy from High Heat Stats returns to discuss the Hall of Fame.

We look forward to will be on the ballot NEXT year and praise Ken Griffey Jr but have some thoughts about Trevor Hoffman. 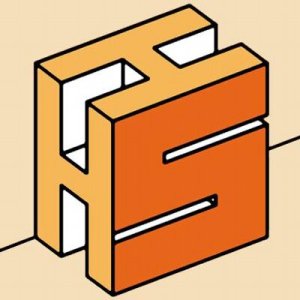 END_OF_DOCUMENT_TOKEN_TO_BE_REPLACED

The Yanks Are In Desperation Mode + Need Cashman To Be A Riverboat Gambler!

The Yankees do have some decent prospects coming along the way like Mason Willians, Tyler Austin and Gary Sanchez. Will the club stay true to their word and go under the 189 Million Dollar Luxury Tax Threshold next year? If yes, the club could struggle for a few years like it hasn’t for two decades. Meanwhile, who cares about 2013’s payroll. The club will stand to receive over $50 MIL in insurance dough for their hurt players. Why not reinvest the loot – and take some free swinging stabs?  The club begins play today at 42 – 38, 4 games out of playoff spot, but 17 -24 in their last 41 Games Played.  They play 2 series versus the Twins, and also have  other series versus the Indians and Royals before the Break.  Will they make hay, or freefall by then?

It wasn’t always a rosy picture for the New York Yankee fanbase after the 1982 season.  In 1985, I became a fan of the team and Don Mattingly when I saw them smoke the Toronto Blue Jays like 22 – 0 or something on a  Nationally televised game.

My dad was a huge Thurman Munson fan – and told me the legend of the Yankees when I started being able to hear.  I even caught like his hero in little leaguie.  Sometimes you pick up your love for the team based on your dad.

We still both love them to this day.  I was there for 11 years of struggling from 1985 – 1995.  Even when the club cashed in their 1st World Series in 1996, to me while it was cool, it would have been so much better had ‘Donnie Baseball’ been part of the ride.

END_OF_DOCUMENT_TOKEN_TO_BE_REPLACED

Comments Off on The Yanks Are In Desperation Mode + Need Cashman To Be A Riverboat Gambler!

New York Yankees Player Roster In 2013 Part 2 – The Pitchers: State Of The Union

The Yankees come into 2013 relying more on pitching and defense than in previous seasons. This incarnation of the Yankees will only go so far as their pitching can carry them.

Allow me to re-introduce myself. I have spent the last three months discussing the Marlins, Astros, Mariners and the off-season trades. I have loved every second of it, and I appreciate my readers more than you will ever know. That being said, today I undertake something that has always been a dream. Today, I begin a journey where I get to do something that the 14 year old me always wanted to do. Today, I take over as the Yankees correspondent, which is a fancy term for a guy who gets to write about his favorite baseball team. Some of my most vivid memories of my past relate to the Yankees. I will never forget the moment that ball fell into Charlie Hayes‘ glove. The pure joy of the first time my team would be called world champions.

Embracing my Dad in a bear hug as we celebrated something that meant so much to the both of us. Since then the Yankees have provided endless enjoyment as I watched a dynasty grow up as I grew up. Now, it has come to a point where the Yankees face their championship window closing. It happens to all great teams, but the question that hangs in the balance is whether the window is already closed or can the Bombers come up with another magical season before this generation fades? We will try to answer that question starting with the Yankee pitchers.