The Los Angeles Dodgers had a rollercoaster 2013 campaign.  After a late season 2012 trade, the club went on a spending bonanza to enter the 2013 year.

In late May. it looked bleak. The franchise wanted to fire Don Mattingly, Matt Kemp and Hanley Ramirez were battling various injuries, and the club was 23 – 32.

Enter Yasiel Puig with his historic 1st month, and the team then went on a torrid pace at that hadn’t been done in nearly 60 years.

The crux of this crestwave, was a 42 – 8 stretch that saw the club bypass all 4 Division foes, putting a stranglehold on the NL West once and for all.

Dodgers own the West 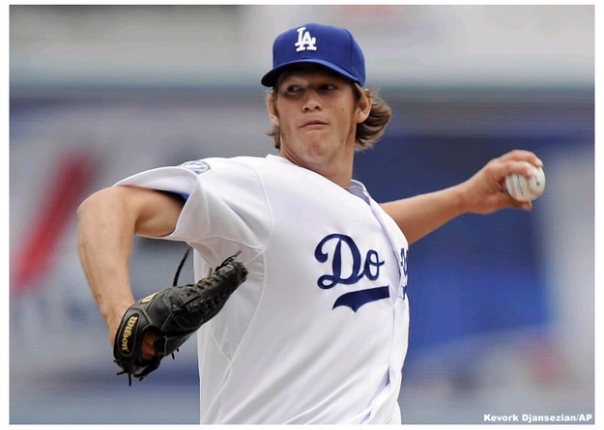 Clayton Kershaw must be wondering when his payday is coming – Clayton Kershaw is 77 – 46 with a 2.60 ERA in his career so far. After the Justin Verlander, Matt Cain and Buster Posey’s Contracts have been signed within the division in the last year. The Dodgers #1 pitcher even saw as the organization dole out $147 MIL over 6 years for Zack Greinke last winter. If he keeps having performances like these past 3 years (2 CY Youngs and one runner up, 3 ERA Titles – his value will soar).  The LHP will turn just 26 in Spring Training this season.  How much will it take to keep his services in the organization beyond 2014?  Kershaw is in the last year of Arbitration (he will likely be granted the highest ever award for a Pitcher) – and he is a Free Agent at the end of this next year.

The Dodgers have the financial wherewithal to put it to the rest of the National League.  By spending over $237 MIL in 2013, the Guggenheim consortium proved their metal.

The club looks to re-sign Hanley Ramirez and Clayton Kershaw this upcoming calendar year, and will also be active in the bidding for one Masahiro Tanaka.

With this team, there are even great prospects that will make future Dodger teams in OF Joc Pederson and 2B Alex Guerrero.  The latter maybe given a chance to take the reigns at 2B really early into the 2014 season.

For a Full 3 year Salary Outlook plus last years Stats for every player in the Dodgers Organization year round click here.

The Dodgers went through a cataclysmic change  in 2012 – halfway through the campaign, when the new ownership took over. They took on tonnes of Salary (have a payroll in the $237 MIL range last year alone) – and saw it pay off with a 2nd half historical rally.  This team has now aversion to spending a boatload more of cash either.  They led the MLB in attendance, have the greatest amount of prospects for team income, and don’t have many teams that can rival them for total team payroll.  As of right now, this franchise is the consensus pick for the World Series.  I am picking them also to win the NLCS and make their 1st appearance in the World Series in 26 Years during 2014.

You guys are all in for a treat.  Jeff Kleiner has developed a site (prosportsrosters.com) that covers all organizational affiliates in the Minors for all of the Major League Baseball Clubs.

I am happy to be part of such an awesome Magazine-Style Baseball Website and am looking forward to talking to all of the fans of the MLB.