← Sully Baseball Daily Podcast – October 24, 2013
The Detroit Tigers Roster Tree Part 2: How All Of The Pitchers Were Acquired →

The Detroit Tigers Roster Tree Part 1: How All Of The Hitters Were Acquired 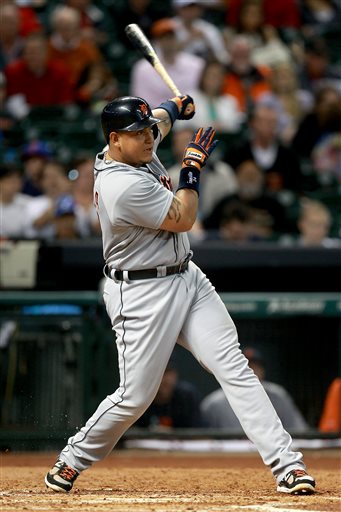 It is tough to believe that someone once wanted to trade Miguel Cabrera. The Marlins were so desperate to rid themselves of the Dontrelle Willis contract, that they unloaded Miguel Cabrera as part of a package for 5 different players in return from Detroit. It will go down as one of the worst trades in MLB History by the time it is all said and done. Cabrera has evolved into the best Right Handed Batter in this generation. He only gets better each year that passes by.

How All Of The Tigers Hitters Were Acquired:

At the MLB Reports, we intend to show you the Roster Tree for the Detroit Tigers  – and how they assembled their current roster for hitting and Pitching.  It will work in a six degrees of separation like format.

For the 2nd part of the Roster Tree for the Tigers: The Pitchers – click here

Miguel Cabrera 2013 Highlights Before The All – Star Break – Mature Lyrics 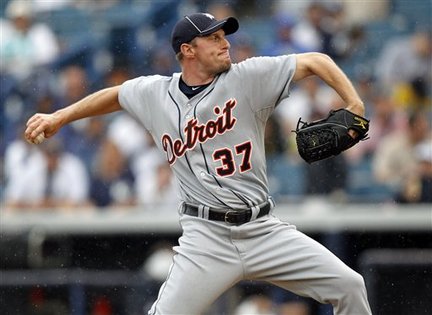 It was a trade that has benefited all 3 teams at several different times in the course of the last 4 years, however the Tigers have emerged as the overall winners of the 3 team trade that saw the Tigers receive Scherzer and Austin Jackson, while the Yankees picked up Curtis Granderson, and the Diamondbacks received Ian Kennedy (turned into Joe Thatcher) and Edwin Jackson (turned into Daniel Hudson).  The deciding factor was definitely the soon to he the AL CY Young Winner this campaign.

While the Catcher has failed to duplicate those numbers any other year, he is .254/.350/.770 for his Career.  Avila has struggled in the Post Season overall,  but he has provided great value for the club considering his 5th RD Selection in 2008.

Fielder hasn’t missed a game with the club and maybe he should have.  His Post Season’s for the club have been abysmal.  The big man still has 7 years left on his deal, so lets see how he fares.

In the 2012 World Series run for  Detroit last year, Infante also hit .300.  He may resign with the club this winter, and he may not.

Flynn was able to appear in a few games for Miami this year, however he did his best work with New Orleans of the PCL – where he held a 2.80 ERA in 23 Game Starts.

Turner filled the void left by Sanchez, as he was able to pitch for a 3.74 ERA in 20 Game Starts in the 2013 campaign.  Along with Jose Fernandez, the two could carry the club for a long time.

I have to give the nod for this trade to the Detroit Tigers (based solely on their 2012 success with it).  The Marlins didn’t do too shabby with the assets they acquired though

Despite being suspended for 50 games for Detroit, it was a great 3 year run for Peralta.  He was part of 3 ALCS runs, and 1 World Series Appearance.

Dontrelle Willis (31)  SP/RP:  June 1, 2010: Traded by the Detroit Tigers with cash to the Arizona Diamondbacks for Billy Buckner.

Dallas Trahern (27) SP:  Drafted by the Detroit Tigers in the 34th round of the 2004 MLB June Amateur Draft.  Has not played in the Majors.

Cameron Maybin (26) CF:  Drafted by the Detroit Tigers in the 1st round (10th pick) of the 2005 amateur draft. November 13, 2010: Traded by the Florida Marlins to the San Diego Padres for Edward Mujica and Ryan Webb.

Mujica was subsequently flipped to St. Louis for a Minor League (Zack Cox).  Ryan Webb was one of the better Relief Pitchers in the NL – with a 2.91 ERA in over 80 IP in 2013.  He and Cox, are all that is left of Maybin, who was the main piece in the Cabrera trade.

Miller was only with the Marlins briefly, posting a  brutal 5.89 ERA (10 – 20 Record), in 220 IP from the Pen and Starter positions.  He was since traded to the Red Sox for a player that no longer is with Miami (Dustin Richardson.)

Unfortunately he ended this year on the DL – and is missing the playoffs.

Safe to Say, this is one of the most lopsided trades in MLB History.

His .686 OPS in 438 AB will have the Detroit franchise fishing for more OF depth this winter.  Still as an 8th RD pick in 2008, this guy has been a surprise so far.

His only nemesis has been Strikouts, where he fanned 614 times in 2304 AB. Jackson has shown steady improvement on cutting them down though.

Please refer to more analysis I did for this trade via the New York Yankees Hitting Roster here.

Hudson has provided decent value for the Diamondbacks from the Jackson trade, with a 26 – 15 record and a 3.58 ERA, however he can’t stay on the field.

This one goes to the Tigers.  While Granderson and Jackson kind of equal each other out, Scherzer for Jackson, (or assets left) is not contest at all.

I am going to call this one a draw, since the Tigers flipped the guy acquired for Joyce into Scherzer – otherwise it would have been pretty even

Curtis Granderson (30) CF:  Drafted by the Detroit Tigers in the 3rd round of the 2002 amateur draft.

In the grand scheme of things, in all told, the Tigers win this trade, Arizona finishes second, and the Yankees finish 3rd.

It is crazy how his injury ended up netting them Prince Fielder in a roundabout way.  He is the preeminent DH (besides David Ortiz) in the AL.

His best work comes when he is the Starting LF, where he has an OPS of .777 in 264 AB.  Not bad for a guy they have only paid $3 MIL in collective salary to.

Brayan Villareal (26) RP: Signed by the Detroit Tigers as an amateur free agent in 2005.

The man only had one appearance for the Red Sox in 2013,  before being sent to Pawtucket.  He is Arbitration Eligible in 2015 and a Free Agent in 2018.

Avisail Garcia (27) OF:  Signed by the Detroit Tigers as an amateur free agent in 2007.

It will be Iglesias versus Garcia the way this deal is measured up. Boston was only in this short – term for Peavy.

It will be years until we can effectively rate this trade.

For the 2nd part of the Roster Tree for the Tigers: The Pitchers – click here

***Transaction dates and lists of trades all courtesy of BaseballReference.com***

Torii Hunter was one of several Free Agents the club has signed over recent seasons – including Victor Martinez, Joaquin Benoit and Jhonny Peralta.  The team is smart enough to never lock in with any bad contracts long term.  The team does potentially lose Peralta, Infante and Benoit this winter, while Scherzer and Martinez hit the open market next year.  The club resigned Sanchez to a risky 5 YR/$88 MIL contract after the Marlins trade last year, and he rewarded them with a Career year – and won the ERA crown in 2013.  The team will also hope Jose Iglesias has a great career at Short – as he will forever be compared to Avisail Garcia in Chicago.

← Sully Baseball Daily Podcast – October 24, 2013
The Detroit Tigers Roster Tree Part 2: How All Of The Pitchers Were Acquired →