The Cardinals are the big benefactor of an early July swoon by the Pirates. Will this team make some moves at the deadline – to aid the young Starting Rotation Innings? Will Chris Carpenter be able to make an impact for the club at some point this campaign? They sit perched back up upon the MLBR Power Rankings for now.  The Cards have made 7 out of the last 12 NLCS showdowns – holding a 3 – 4 record in those years – and a 2 – 1 mark in the World Series.

The Tampa Bay Rays are making a huge statement.  Even as I write this post, they have a commanding 4 – 1 lead on the Toronto Blue Jays, which would make the 58 – 41, and no worse than 1.5 Games Behind the Boston Red Sox heading into play tomorrow.

The Rays will head to Fenway Park right after this for a four game series – before concluding a 10 game Road Swing at Yankee Stadium.  They could end up in 1st place in the AL East by next week.

With their pitching strength – and new underrated offense, would anyone pick against them for the rest of the season?  I have slotted them 7 positions higher than the previous week.

Chris Carpenter 5 months ago, He is now rehabbing in the Minor Leagues with a chance to come back in 2013 – Amazing! 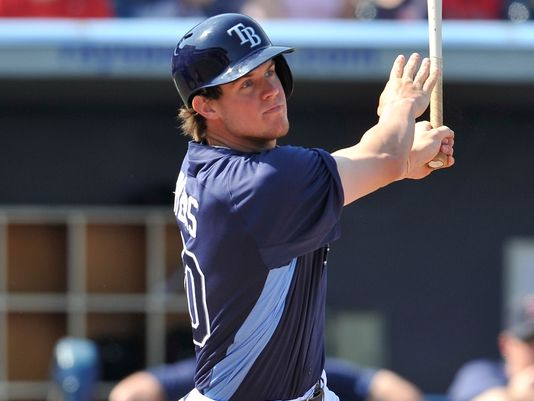 Wil Myers was given the day off Sunday versus R.A Dickey. He has a 3 Slash Line of .310/.336/.796 in 122 AB during his 28 games this year. The club has gone 21 – 8 since they called him up. Chris Archer is the other June callup – and is with a 2.73 ERA in 10 Game Starts for the club. With these kind of players in the system – it is not as prudent to make a Trade Deadline  Deals when you keep adding budding superstars from your Minor League System.

Team Rankings (Last Week in Parenthesis) and Moving of spots up or down.

2   Atlanta Braves* 55 – 42 (6) +4: The second and third place teams has just made it too easy for the Braves.  Injuries are mounting, however Evan Gattis coming back is huge.

4.  Tampa Bay Rays 57 – 41 (11) +7: HMM…MLB Reports has been saying it all year.  Rays are 20 – 8 in games that Wil Myers has played in.  We also have said they should have brought up Chris Archer since May 1st – while continuing to trot out Roberto Hernandez.  They will take down the East – now that Jon Lester and Clay Buchholz will not be counted on for by Boston.

5.  Pittsburgh Pirates 56 – 39 (5) Even:  Oh my god Bucs fans, surely the team can win 26 games in the next 67 right?  Time for Huntington to make some trades for a bat or 2.  Relax Pittsburgh, your Pitching Staff is not going to fall apart – and you have the post Cubs (Trade Deadline) and Brewers to feast on!

The Beantowners have dropped 6 spots in our rankings based on the health of their Starting Pitching Staff. Can the management pull off a trade for a Starter now that Clay Buchholz is heading to see Dr. James Andrews?

7.  Boston Red Sox* 59 -40 (1) -6:  Buchholz, Lester, Mike Napoli:  3 guys who tore it up in the 1st 30 games that are not currently contributing to the team.  Matt Garza should be a priority, how about dangling Jose Iglesias or Will Middlebrooks for his services in some form of package?

9.  Texas Rangers 54 – 43 (8) -1:  It is really time for a trade to bolster the pitching and offense from prospects Mike Olt and Jurickson Profar.  Prospects turn into suspects really quick.  Adrian Beltre looks for another solid 2nd half campaign after an ALL – Star snub.

11.  Arizona Diamondbacks* 50 – 47 (7) -4:  The Dodgers cruising into the rear-view mirror may shock the Dbacks, however they still have 3 more home games than LAD down the stretch.  It could be their head to head matchups vs LAD that determines the NL West.

12.  Baltimore Orioles 55 – 43 (12) Even:  The Orioles keep winning, however so do the Tampa Bay Rays.  Once again, they can’t rely on Adam Jones, Chris Davis and Manny Machado to all play at an MVP/Silver Slugger Award playing clip all year.  The franchise needs a #1 or #2 Pitcher.  They should be players on Matt Garza – or at least be in for Yovani Gallardo (anybody with Playoff Experience would help).

13.  Cleveland Indians 51 – 46 (13) Even:  Terry Francona has this club sniffing around with the Tigers.  Jason Kipnis may be the best all around player in the AL the last month.  If only Ubaldo Jimenez can keep throwing well.

14.  Colorado Rockies 47 – 51 (19) +5:  Troy Tulowitzki back in the lineup makes this team extremely dangerous.  They can go on a run at anytime of the year, and if they do, it could mean a NL West Division Crown.

15.  Washington Nationals  48 – 50 (10) -5:  The season is slowly slipping through the season.  Is Davey Johnson the right man for this young club?  I still think they played with fire in 2012 by not playing Stephen Strasburg.  I mean they better hope the Braves players don’t play to their regular capability like: Justin Upton, B.J. Upton, Dan Uggla and Jason Heyward, otherwise it may be too late for them already.

16.  New York Yankees 52 – 45  (14) -2:  It is still time to pull the trigger on a trade Cashman!! Get crazy and spend all of that $50 MIL+ Insurance money collected for Alex Rodriguez, Derek Jeter, Curtis Granderson, Kevin Youkilis, Mark Teixeira injuries.  Go get Alfonso Soriano, Adam Dunn, heck Jeff Keppinger would be better than the current production at SS/3B.  I said last year they should have signed Keppinger, Scutaro and Juan Pierre for the club – oppose to signing Kevin Youkilis.  Not enough Multi – positional players – that have good contact! Too old and not enough mobility.

18.  Philadelphia Phillies 49 – 49 (20) -2: Ryan Howard injury is killer.  They could still be sellers in the Waiver Trade Deadline as well (Ala Boston Red Sox last year.)  They have never moved too far over .500 the other way.

19.  Kansas City Royals 45 – 49 (18) +1:  Huge wins in the 1st 2 games versus the Detroit Tigers on the weekend.  One of the better Pitching Staffs – although the offense hasn’t helped them.  They have a nice schedule in the next 19 games to make up ground.  Have we finally seen Mike Moustakas break out?

23.  New York Mets 42 – 51 (25) +2:  They have played decently since adding Zack Wheeler to the Starting Pitching Rotation.  They are right where they should be.  The team should trade Marlon Byrd.

The Dodgers are riding Hanley Ramirez’s recent hot play, (26 – 16 record with him in the lineup this year) to put themselves into the top of the NL West. With Arizona struggling of late, could LA take over the reigns of the Division and begin to make their move towards the 2013 Post Season? They moved up 6 spots in the Rankings this week.  The management will continue to pursue trades near the Deadline – with no recourse for the Salary Tax Threshold as 1st time offenders. 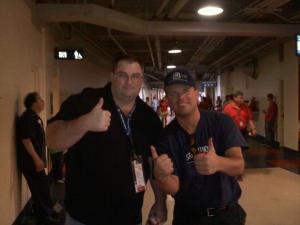