Can The Blue Jays Weather The Jose Reyes Injury?

Anthopoulos is about as prudent a man as you will find. He is all smiles in this press conference, but he knows what is at stake. He has deemed that the “time is now” for the Blue Jays to go for it all, and convinced his bosses to risk hundreds of millions of dollars. If the team he has assembled does not compete, for any reason, he may be out of a job. The team has had a mediocre start at 6 – 7 in the tough AL East – and have lost their prime Leadoff Man for 3 months.  Going the extra mile to add depth in the franchise may enable the club to stay in contention until Jose Reyes comes back in July.

Jose Reyes was the best player acquired over the winter by the Toronto Blue Jays.  He was supposed to be the Leadoff Hitter, provide speed and flash the glove at the Short Stop position.

The 30 Year Old was doing just that before going down in a heap at Second Base over the weekend stealing a bag.

Incredibly, the guy almost was injured even weeks doing the very same thing just a few weeks back.

Brett Lawrie was activated from the Disabled List last night.  The initial plan was to maybe play him at Second Base, with Jose Bautista moving back to Third Base.  This would put Maicer Izturis at Shortstop, with relegating Emilio Bonifacio to Right Field. 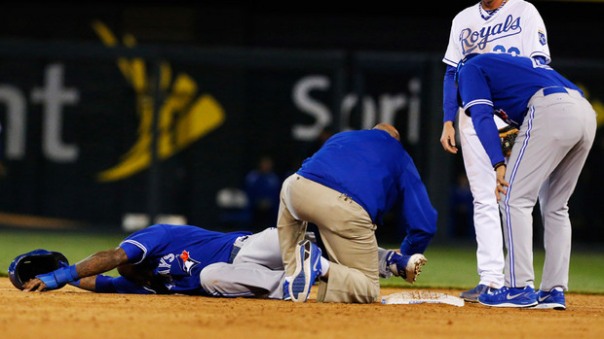 Jose Reyes was hitting for a 3 Slash Line of .395/.465/.991 before his untimely injury last Saturday. He was also leading the American League in Stolen Bases with 5. Reyes had previously missed a lot of playing time with the New York Mets during the 2009 and 2010 with calf injuries.  Reyes came back to lead the National League in Batting Average for the 2011 year.  The man from the Dominican Republic parlayed that season into a 6 YR/$106 Million Contract with the Marlins in 2012.

It was a pretty good plan until the two-time HR king was injured with back spasms while taking grounders on the Infield.

So it looks like the team will be playing Lawrie at 3rd Base, Joey Bats back to Right Field, Bonifacio will remain at Second Base and Maicer Izturis at Shortstop.

You have to at least give Alex Anthopoulos credit, the team is deep enough with interchangeable parts.  Munenori Kawasaki can play as the back up Infielder until Reyes is hurt.

With all of the moves lately, AA also plucked Casper Wells off of waivers.

With Bautista nursing a bad back, plus Adam Lind in a deep slump, it would be a great idea to use #19 at the Designated Hitter spot – and put Stolen Base threat Rajai Davis into the Outfield on a regular basis while Jose Reyes is out.

Edwin Encarnacion can play 1st base like he did much of last season in the same predicament.

You could see a lineup of Lawrie, Cabrera, Bautista, Encarnacion, J.P. Arencibia, Colby Rasmus, Izturis, Bonifacio and Davis.  You could see your #8 and #9 hitters both steal close to 40 bases this year.

The Blue Jays were struggling on offense even before Reyes was hurt, however the teams pitching has stabilized since the Detroit Tigers series. The club won the series versus the Kansas City Royals – and then took the 1st game at home against the White Sox.

The Bullpen has been quite steady this season.  They have converted all 5 Save Opportunities presented to them this year.

If both sides of the pitching equation can start clicking on all cylinders than the offense would just have to be average.

The team doesn’t have that many patient hitters in the lineup.  Out of the positional starters, Melky Cabrera is leading the club currently at a .351 OBP clip.  Again it is has a problem that has plagued the team for years.  Low OBP and not high enough Batting Averages.

This is yet another reason to stock up on speed with adding Davis in the lineup.

Rajai Davis is one of the best 4th Outfielders in the game of baseball. He has stolen 171 bags in the last 4 years. Might he be the answer to the Blue Jays offensive woes with Reyes out? At the very least, he can replace the speed vacated by Reyes, Davis is a Career .269/.316/.692. In addition to his quickness, Davis is above average defensive Outfielder. 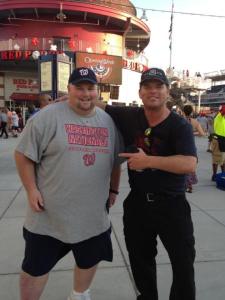