Joe Ortiz was brought up from the farm system, and although he is only 22, he has spent six years with the Rangers. Ortiz has had an impressive Spring Training – and has caught the eye of fans as well as pitching coach Mike Maddux. Ortiz posted a 1.97 ERA in 24 Appearances with AAA Round Rock last season – and has officially made the big league Bullpen this year.

Though baseball season begins in Texas just hours away, there were many questions left for the team to answer throughout Spring Training. Who will become the fifth starter? Who will recover from surgery this season? And who will revive the Bullpen?

In the past month of training in Surprise, Arizona, some of the answers of these questions have come to light. The Rangers were plagued with injury in the latter part of the 2012 season, particularly with their pitching.

So it was no surprise that the front office brought in and up some new faces to test out this spring. Pitchers that will still be recovering at the beginning of the season include: RHP Colby Lewis, RHP Neftali Feliz, RHP Joakim Soria, and LHP Martin Perez.

Although this list seems dismantling, the good news is that most of these pitchers are ahead of schedule for recovery. Both Feliz and Lewis are scheduled to throw live BP sessions at the beginning of April. Perez has been cleared to begin throwing program as early as the first week of April.

This makes the current rotation look like: LHP Matt Harrison, RHP Yu Darvish, LHP Derek Holland, RHP Alexi Ogando, and RHP Nick Tepesch. Fifth starter Tepesch will be on the AAA Round Rock roster, and be called up for spot starts until either Perez returns, or until Lewis is fully recovered.

The bullpen in Arlington seems to be the most interesting change this season. There were many pitchers who went into Free Agency and were not re-signed by the team including Koji Uehara, Mike Adams, and Mark Lowe. So the organization brought in a few new pitchers during the winter – and brought up a few from the farm system to try out this spring.

RHP Joakim Soria is still recovering from Tommy John surgery, but will add a lot to the pen with current closer Joe Nathan. The two-time All Star pitcher posted a 4.03 ERA in the 2011 season along with 28 Saves before his surgery in 2012.

Lindblom was acquired in the Michael Young trade with Philadelphia during the winter, and adds more depth to the Bullpen. The Right-Hander posted a 2.13 ERA in 2011 with Chattanooga, along with 17 Saves.

Lowe competed for a Starting spot this spring, but officially made the team in the Bullpen. Lowe has a career 4.00 ERA and 86 Saves.  He could also see some time in the Starting Rotation if injuries occur.

With the help of the Maddux brothers this spring, the mound in Arlington this year has the potential to be one of the best that the organization has had since the days of Nolan Ryan.

From the veterans to the rookies, there is plenty of depth and potential to regain control from where the 2012 season left off at. So Ranger fans: do not fear the new faces on the mound this season and instead, welcome them with open arms. 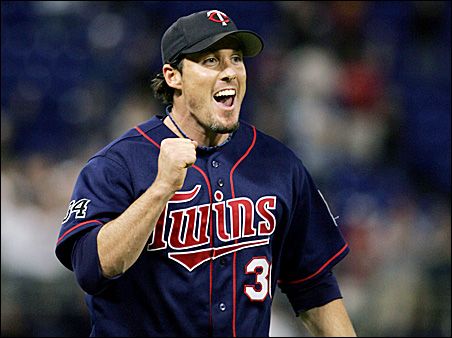 A big thank-you goes out to our ‘Rangers Correspondent’ Brooke Robinson for preparing today’s featured article. Brooke is a junior Sport Management major at the University of Mary Hardin-Baylor. She is a native of Fort Worth, Texas. Spending time at the Texas Rangers spring training facility in Arizona and seeing all of the prospects are what she loves most about baseball. Feel free to follow Brooke on twitter and talk the game of baseball with her. Follow @bka_9 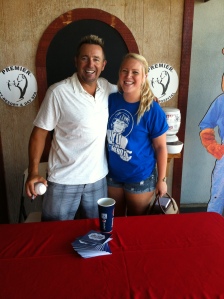