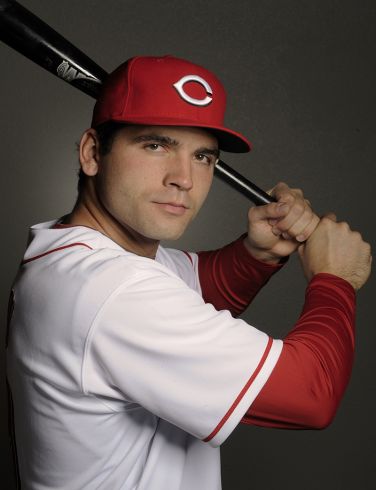 Ryan Ritchey (Baseball Writer): Joey Votto is in his 6th season in the majors and he looks to become one of the best there is in the league. Votto back in 2010 won the National League Most Valuable Player Award with amazing numbers. Racking up 37 home runs, 113 RBIs, along with a .424 on base percentage. The on-base percentage says it all when it comes to Votto. He just isn’t the type of player that just hits homers. He also takes a lot of walks and hits well to the opposite field, which gives him many doubles along the way. He hits so well to the opposite field that the opposing team can’t play a shift making it even harder to defend Votto. Not only is he a great hitter, but he is undoubtedly one of the best first baseman in the National League. He is also starting to make the claim of best player in the entire game.

Votto has played in 61 games this season and already has 27 doubles. This leads the entire major leagues. Votto is an unbelievable hitter to the left side which makes him an even better player. 76 hits already should let him get over 200 for the first time in his career, as long as he doesn’t start getting intentionally walked every time at-bat. A good sign for Votto this season is he has more walks than strikeouts. This could be the season that Votto carries the Reds far into the postseason.

Now its time to compare Votto to some of the greats in Cincinnati Reds history. Some of those greats include Joe Morgan, Johnny Bench, and none other than the all time hit king Pete Rose. Lets start with Joe Morgan. Morgan played 22 seasons in the majors, 8 of which were with the Reds. Morgan finished his career with over 2500 hits and over 1100 RBI. In those 8 seasons Joe Morgan won 2 Most Valuable Players Awards in 1975 and ’76. These are two seasons that the Reds held up World Series Champion trophies.  Those are outstanding numbers for a second baseman. Morgan is a Hall of Famer and Votto will possibly one day join him in Cooperstown. But the question is if Votto has a chance of being better than Morgan. The answer is not possible to answer at this moment and time because you don’t know what could happen injury-wise and for many other possible reasons. But, if I had to go with my gut, I do believe that Votto will end up with better numbers than the great Joe Morgan. Votto is that special of a player.

The next great from the Reds organization is Johnny Bench. Bench who once held 8 balls in one hand, had tremendous talent. Bench, who wasn’t known for his great average or a highon-base percentage, was respected for his catching ability and ability to hit home runs. Bench hit a total of 389 home runs in his career and Votto is on pace to surpass that number. Votto in my opinion is one of the best players to ever put on a Cincinnati Reds jersey. For Votto to be better than Bench, he would have to surpass him in home runs and RBIs which I believe he can do. Yes, Bench did play a difficult position that likely had an effect on his offensive numbers. But overall, in comparing the two players at their end of their careers, I believe that Votto will finish above Bench.

Last but no least is Pete “Charlie Hustle” Rose. Rose is the all time hit leader with 4,256 hits. This is a record that I see being one of the “unbreakable” records in baseball. Rose was lucky enough to stay healthy his entire career and be able to perform at such a high level for so many years. Pete Rose is one of the best players to ever step foot on a baseball field. I am sad to say that Votto will not be the greatest Red of all-time because that honor belongs to Pete Edward Rose. Always has…and always will.

That doesn’t take anything away from Joey Votto, who could still finish in the top 3 or 5 all-time Cincinnati Reds. If Votto is able to play close to 20 years (most of them in Cincinnati), he should be able to set many Reds records. At least he will have one opportunity that Pete Rose likely never will. Making it Cooperstown as a baseball hall-of-famer. 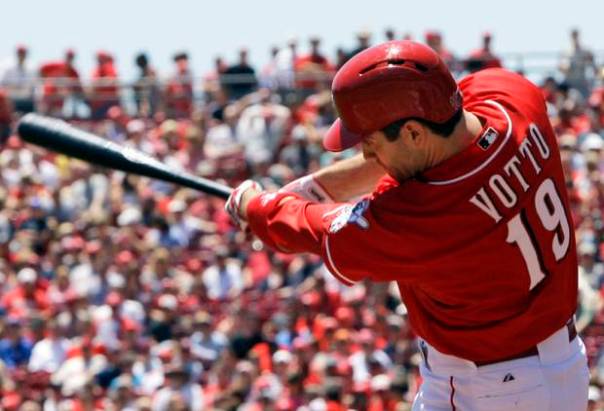 Ryan Ritchey is a Baseball Writer for MLB reports. I am a freshman at Spalding University, play second base and plan on studying sports journalism. I am a huge fan of Barry Larkin and Brandon Phillips. Have been a baseball fan my whole life and have been writing about baseball since my freshman year of High School. You can reach me on Twitter (@baseballaddicts)