← The Factor12 Rating: Get to Know this Baseball Stat
Interview with Robby Rowland: Discussing the Trade from the Diamondbacks to the Pirates → 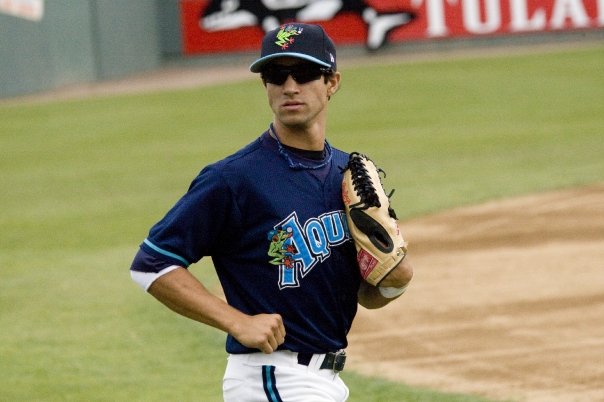 MLB reports – Jonathan Hacohen: For all the talk of Bryce Harper, Matt Moore and the other top prospects in the game, occasionally we are able to uncover a hidden gem. A name that you may not know at the moment…but you will. Someday. So let’s say I was to bring you a prospect with the following stats from the 2011 season. .299 AVG in 131 games. .418 OBP. .477 SLG. .896 OPS. Impressed yet? How about I add in 18 home runs. 20 doubles. 57 RBIs. Getting more excited? Ok…I will throw in 117 runs scored and 88 walks. Now I know that I really have your interest. So here is the clincher: 62 stolen bases. 62 steals in 76 tries. So who are we talking about? Not Anthony Gose. Not Billy Hamilton. We have to go West- all the way to Seattle. The M’s have themselves a centerfield prospect with all the tools. Solid D, speed and my favorite offensive weapons- power and patience. This kid can do it all. Today’s feature is on Daniel Carroll. To say that we are excited about him is an understatement. Carroll has some serious game…and will be knocking on Seattle’s door very soon.

Daniel Carroll was drafted by the Mariners in the third round of the 2007 draft. He showed early on his career that he had the wheels, possessing the ability to steal 20-30 bags per year. Health played a role in slowing his development, which happens often to young players. In 2010, Carroll started to slowly turn the page- he hit a career high 10 home runs in only 90 games and flashed his speed and power potential. Then came last season, the breakout year. Daniel Carroll was a baseball beast in every sense of the word. Home runs. Stolen bases. Walks. Driving in runs. Scoring runs. He did it all for the High Desert Mavericks in 2011. Now this season, we eagerly anticipate Daniel Carroll’s encore. Healthy, hungry and flashing his baseball gifts on the field- the sky is the limit where he can reach. Given the Mariners youth movement- we wouldn’t be surprised if Daniel makes it to Seattle by August. Five-tool players don’t grow on trees. Mariners GM Jack Zduriencik is a smart man and a great evaluator of talent. For a team that is in dire need of scoring runs, Daniel Carroll will fit logically into the M’s puzzle. Dustin Ackley and Jesus Montero will need to have runners on base to drive home. Carroll was made for the leadoff spot. It all makes sense.

We recently had the opportunity to speak with the M’s prospect and talk baseball. Daniel opened up about his career- from getting drafted to his breakout 2011 season. Get to know Daniel Carroll, as he describes his growing pains in the minors and what it takes to make it in the game of baseball. Today on MLB reports, we are proud to present Mariners Prospect, Daniel Carroll:

Welcome to MLB reports Daniel. Thank you for joining us for today’s interview. Starting off: Who was your favorite baseball player growing up, that you most idolized and patterned your game after?

To be honest, I don’t think I really had a “favorite” player growing up. I always just grew up playing the game the only way I know how. Hard.

Which current MLB star do you most admire and why?

I really admire and like the way Jacoby Ellsbury plays the game. I like his speed and power combo and the excitement he brings to the table. Another one would be Josh Hamilton. I got the privilege to meet him at a conference that my wife and I attended in the offseason. I really respect the way he turned his life around and how he boldly makes a stand for his faith.

Reflecting on your career to-date, what are your proudest accomplishments on the baseball field?

First of all, would be winning the Rookie Ball Championship in ’07- my first season of pro ball and receiving the MVP award that season. If you’ve followed my career at all, you know that I faced quite a bit of injuries after that season. Last year was a really exciting one though because I was healthy, got to play almost everyday and was able to put up some good numbers. I’ve always wanted to lead a league in stolen bases and last year got to do that.

What are your goals going into the 2012 season?

Goals for 2012 season: I just really want to have a good time, experience a new league, play against better competition, stay healthy all season and hopefully see Safeco at some point this year.

A 3rd round pick of the Mariners back in 2007- did you have any expectations on the draft and who would draft you?  What was the process like signing with the Mariners?

Draft day was a really exciting day for my family and I. We had a good idea of what teams were interested in me and in what round they might take me. We had decided that if I didn’t go third round or higher, that I would accept my full ride to UCI. It was a long day and after seeing that the Mariners took Denny Almonte, another outfielder in the 2nd round, we thought my chances of going with the M’s were slim. We were watching the live draft online and as soon as my named popped up for the Mariners as the 105th pick, we all started jumping up and down celebrating. Then we all stopped to pray and thank God for such a blessing. It’s definitely a day I will never forget!

What do you consider your greatest baseball skill(s)?

My speed gives me the ability to do things most people can’t. So I believe that really sets me apart.

What facets of your game do you most wish to improve upon?

I’m always striving to make every part of my game better. I believe there is always room for growth.

Looking at your 2011 season- are you happy with it? You played a career high in games and broke through in every offensive category. What was the secret to your success last year?

Well this might seem like a funny answer… but to put it simply: I was healthy. There is a saying in baseball that “You can’t make the team in the training room”. Which means you can’t play or make a team when you are hurt. I was healthy, so I was finally able to use the abilities God has given me.

Long term, do you see yourself in center or one of the corners playing the outfield?

I would love to play center my whole career. It’s a premium position and I like being the captain out in the outfield. But I am very versatile and can play both corners, which I believe adds value to my game.

18 home runs last season was impressive- but the 62 stolen bases really blow us away. Power and speed. Are we looking at a future 40/40 man?

Of course …. (big laugh). I don’t know…a 40/40 season is incredible and is far from my thought process right now. How about I get a little closer to 30 HRs before I start thinking about 40. (Editor’s Note: DEAL!)

If you had to look into a crystal ball, when do you see your expected time of arrival in the big leagues and what do you think you need to do most to get there?

As long as I continue to be consistent in my play and put up good numbers, I definitely believe it is within reach and can happen soon.

Has pro ball been everything you expected it to be thus far?

I didn’t really know what to expect when I first got drafted. But, I have learned to adapt and adjust to every situation along the way.

What do you do for fun when you are not playing baseball?

When I’m not playing, I spend most of my time with my wonderful wife. She is such a great companion and encourager. I’m blessed to have her travel with me during the season, so it’s always fun to have her to hang with after late night games. We like to go see a movies, go out to eat and spend time with friends.

Do you have a favorite pre-game meal?

Well since I’m in the minor leagues, the preferred meal of choice is peanut butter and jelly sandwiches. Its ok… though it’s just more motivation to get moved up. You don’t get that grilled chicken or T-bone steak for a pre-game meal til you get to the big leagues!!!

You got into a few games with the big club this spring and had a base hit. What was your spring like this year? First spring with the M’s?

This has been a really productive spring training, with a lot of opportunities that I’m very thankful for. I worked really hard this offseason and made a lot of adjustments. It has been showing so far this spring. I’m looking forward to taking it into the season.

Do you know where you will be starting the season this year?

This year it looks like I will be starting in Double-A Jackson, Tennessee.

I wanted to thank you again for this opportunity to interview with you all. I appreciate the interest in my career and hope to bring you an exciting season this year. Stay tuned…. 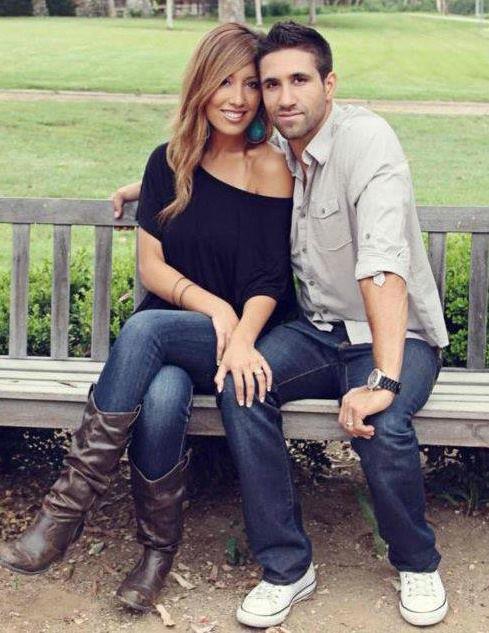 ***Thank you to Daniel Carroll for joining us today on MLB reports. We look forward to a big 40/40 season one day (we love to tease him on it, but watch out…it will happen one day!) You can follow Daniel on Twitter (@DanielCarroll07). Feel free to wish Daniel good luck on the season…and make sure to tell him that MLB reports sent ya!***

← The Factor12 Rating: Get to Know this Baseball Stat
Interview with Robby Rowland: Discussing the Trade from the Diamondbacks to the Pirates →
%d bloggers like this: