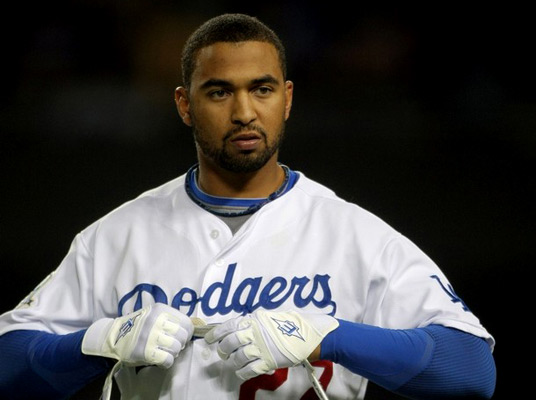 Rob Bland:  The last two seasons have seen Jose Bautista lead the MLB in home runs.  His seemingly out of nowhere run to being one of the top 3 hitters in baseball looks to continue in 2012.  Can he continue to hit home runs at a ridiculous pace, or will he fall off? Will someone such as Curtis Granderson or Matt Kemp become MLB’s newest home run champ?  I will take a look at some of the top choices to take over this title, as well as a few dark horses.

Curtis Granderson hit 41 home runs for the New York Yankees in 2011.  With a line-up that boasts Mark Teixeira, Alex Rodriguez, Robinson Cano, and Nick Swisher, there is certainly a ton of pop and protection around him.  Granderson also benefitted from the short porch in right field at Yankee Stadium, but he hit 20 of his 41 home runs on the road.  Granderson is a bit of a free swinger, but with his improved discipline and taking more walks last season, his home run totals should remain fairly constant over the next few years.  Granderson’s HR/ FB was 20.5% in 2011 compared to his career mark of 13.9%.  2012 HR: 36

Matt Kemp is one of the most dynamic and fun players to watch in Major League Baseball.  Kemp not only plays Gold Glove defense, but he steals bases, and hits for average and power.  His 39 home runs were tops in the National League, on a Los Angeles Dodgers squad that was not very good.  Kemp’s career BABIP is ridiculously high at .352, but it was .380 in 2011, which is astronomical.  He has also stated that he will not only join the 40 HR – 40 SB club, but he will be the first player to reach the 50-50 club.  A bold statement to say the least, but if anyone in baseball can do it, it would be Kemp.  2012 HR: 42

Mark Teixeira is a powerful switch hitting first baseball, capable of hitting light tower shots from both sides of the plate, with 24 HR from the left side and 15 HR from the right side in 2011.  Last season would be considered a down year for Teixeira, even though he hit 39 HR and drove in 111 runs.  With Granderson striking fear in pitcher’s eyes, and A-Rod being healthy all season, I would think Tex will get off to a  hot start, improve upon his career low BABIP of .239 and be a force to be reckoned with, showcasing power to the gaps as well as putting them over the fences.  2012 HR: 40

Prince Fielder is moving to the AL Central, where he will go from hitting behind NL MVP Ryan Braun with the Brewers, to hitting behind Miguel Cabrera with the Detroit Tigers.  Fielder is a large man, and just hitting his prime, so I expect at least four years of his 9 year contract to be worth the $214M the Tigers are paying him.  Prince has two seasons of 45+ home runs under his belt, and is capable of repeating this, before the American League figures him out.  Between Prince and Cabrera, I wouldn’t be surprised if they hit 100 home runs, but a more modest estimate is in order.  2012 HR: 47

Albert Pujols was a mainstay in the St. Louis Cardinals line-up since 2001.  This off-season he signed with the Los Angeles Angels of Anaheim, and with the change to the American League West, the Texas Rangers have some competition for the division crown.  In 11 seasons, Pujols has hit 445 home runs; that’s an average of over 44 home runs per season.  2011 was probably the worst season of his career, but not due to regression.  Pujols broke his wrist in June, and missed only 15 games.  He was still able to club 37 home runs, but it was the first year he didn’t hit over .300 or collect 100 RBI.  In 2012, he will be hitting in a line-up with Howie Kendrick, a resurgent Vernon Wells and Torii Hunter, as well as either Mark Trumbo or a healthy Kendrys Morales.  There is certainly no lack of power here, and Pujols is the king of that list.  2012 HR: 46

My personal pick to bust out in a big way is Mike Stanton, outfielder for the Florida Marlins.  A revamped line-up with Jose Reyes at the top, a controlled Logan Morrison, and an improved Hanley Ramirez will do wonders for Stanton.  This kid is only 22 years old, yet he has already hit 56 home runs in only 250 games.  He strikes out a ton (166 in 2011), but his power might be the most impressive in all of baseball.  I can see Stanton hitting 50+ HR several times over his career, and being one of the most prolific home run hitters of this era.  2012 HR: 43 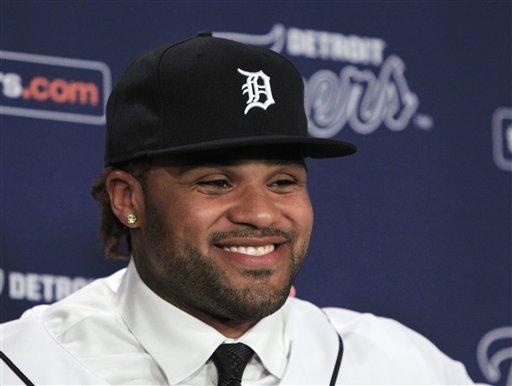 ***Today’s feature was prepared by our Baseball Writer, Rob Bland.  We highly encourage you to leave your comments and feedback at the bottom of the page and share in the discussion with our readers.  You can also follow Blandy on Twitter***