The Next MLB Commissioner: Who Will be Bud Selig’s Successor? 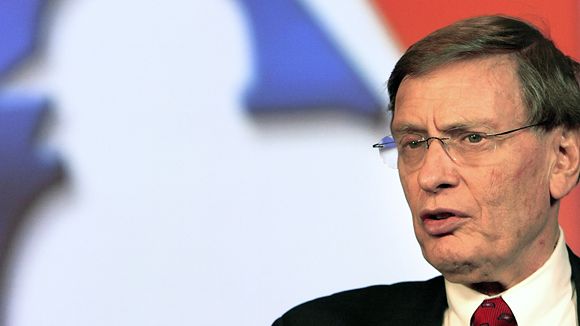 Rob Bland (Baseball Writer – MLB reports): Allan H. Selig, or Bud, as he is known around baseball, will go down in history as the commissioner of baseball during one of its darkest times. Bud took over as acting commissioner for Fay Vincent in September 1992, and was almost immediately embroiled in controversy. With the collective bargaining agreement due to expire after the 1993 season, Selig knew that an agreement between the MLBPA and MLB owners was vital. The owners voted to implement a salary cap, eliminate salary arbitration and free agency would begin after four years instead of six. The MLBPA said that while this would solve parity problems in baseball, it would not benefit the players whatsoever. August 12, 1994 was set as a strike date by the players’ association if an agreement was not reached on the new CBA. When that day came, the players walked off the job. By September 14th, when no agreement was reached, the World Series was cancelled by Selig.

It wasn’t until most of Spring Training in 1995 was completed (with replacement players) that Supreme Court justice Sonia Sotomayor issued an injunction against the owners. On April 2nd, the strike was over, which had lasted 232 days. This caused the 1995 season to be 144 games, as opposed to the regular 162 games. Baseball attendance declined by 20% in 1995, and it took a long time for fans to recover. Fans never recovered in Montreal, where their payroll had to be slashed due to losses and eventually the MLB took ownership of the team. The team was eventually moved to Washington for the 2005 season.

In 1998, baseball fans flocked to the baseball stadiums to watch a race of historic proportions. Mark McGwire and Sammy Sosa were blasting balls into the stratosphere at alarming rates, and Roger Maris’ single season record of 61 home runs was being challenged. McGwire ended up with 70 and Sosa hit 66 as America and the rest of the world watched in awe as these two larger than life men hit prodigious home runs. Two expansion teams, the Tampa Bay Devil Rays and the Arizona Diamondbacks proceeded to join the MLB.

Home runs over the next few years continued to climb, as in 2001, when Barry Bonds then broke McGwire’s record with 73 home runs of his own. Steroids were allegedly running rampant in the MLB and there was no legitimate testing protocol. In 2005, Selig met with US Congress on the issue. Amphetamines were also on the table to be banned. By March 2006, Selig appointed Senator George Mitchell to investigate the usage of performance-enhancing drugs in the MLB. The Mitchell Report, a 409 page document, was released in December 2007 after a 21 month investigation. It released names of many high-profile baseball players who used PEDs.

Because of this report, stricter policing and testing of PEDs has been put in place, as well as very strict penalties if players are caught. Selig has taken flak over the years for not being more proactive in the matter, however, early in the “Steroid Era”, it would have been almost impossible to know how widespread steroid use was.

Selig brought in two expansion teams, brought the MLB out of a dark time after the strike, has improved MLB’s PED testing and punishment policies

.  Most importantly, there has been labor peace for 17 years.

Bud Selig never wanted to be the full-time commissioner, but he had been voted unanimously in 1998 when the acting commissioner title was changed to commissioner. In January of 2008, Selig wanted to retire, but after the owners begged him to stay, he signed a 3-year extension. His current contract is set to expire after the 2012 season, about a year from now. He has been adamant that this will be the end of his tenure as Commissioner of Major League Baseball. He will be 78 years old. Since there has not been a search party constructed to find his successor, it can only be assumed that a short list has already been created, or the owners plan to attempt Bud to stay. Many have been on record of saying that they wish he would stay as commissioner for life.

Major League Baseball must at least entertain the notion that Selig will not be returning as commissioner, and thus, must include these people on their list of candidates:

He has the lineage to succeed in this role. His father Lee was the GM and president of the Baltimore Orioles from 1958-1966. He then became president of the American League and is enshrined in the Hall of Fame. Andy’s grandfather, Larry, was a chief executive with the Cincinnati Reds, Brooklyn Dodgers and New York Yankees. It has been said he was one of the main driving forces of televising baseball games regularly as well as playing night games. Andy has 2 World Series rings as a GM with the Minnesota Twins, and was the president and CEO of the Chicago Cubs from 1994 to 2006, when he took a job as the President of Baseball Operations with the Baltimore Orioles. He recently stepped down from this role, and has been suggested as a man who could succeed as the commissioner. MacPhail understands the history of the MLB and the commissioner’s role, and has been involved in baseball in many different facets.

Tim Brosnan
Brosnan is currently serving as the Executive Vice President, Business of the MLB. He has been in this role since February of 2000. Tim’s roles with the MLB include licensing, broadcasting both domestically and internationally, and special events. Since the MLB is making every effort to grow globally, it should be noted that Brosnan began working in the Commissioner’s Office in 1991 as Vice President of International Business Affairs. His work internationally would include the many trips to Asia for teams, as well as directly working with the World Baseball Classic.

Derrick joined the Diamondbacks in May 2005 after working in the front office of the Los Angeles Dodgers for many years.  In September 2006, Derrick was named President of the Diamondbacks and later added the title of  Chief Executive Officer in January 2009.

The Diamondbacks are very fortunate to have one of the most progressive and dynamic baseball leaders at their helm.  Derrick developed the “Circle of Success” mission statement, the foundation for the management of the Diamondbacks.  A true ambassador to the game, Derrick Hall is a tireless worker in promoting and developing baseball in Arizona.  Derrick is often mentioned by many baseball commentators as a candidate to succeed Bud Selig as Commissioner.

Rob Manfred
Selig’s right hand man’s role is Executive Vice President, Labor Relations & Human Resources. His main roles are to keep the peace between MLB and MLBPA, as well as HR work with the Commissioner’s Office. 17 years of labor peace as a direct participant in two rounds of collective bargaining with the MLBPA make him a great candidate for the commissioner’s position. He has also represented teams in salary arbitration and has provided advice to teams on salary negotiations with players.

Sandy Alderson
The New York Mets GM could potentially leave his current post to fulfill this role next offseason. Alderson has a career path unlike any of the other

men on this list due to the fact that he has worked not only as a general manager, but has spent significant time working with the commissioner. Billy Beane’s mentor first began working for the Oakland A’s in 1981, and was the GM from 1983 until 1997. He then worked in the Commissioner’s Office as the Executive Vice President, Baseball Operations for 7 years. Most recently, after being the CEO of the San Diego Padres from 2005 to 2009, he was a liaison for the commissioner to address the issues of corruption in baseball in the Dominican Republic. Alderson is also a chairman of MLB’s Playing Rules Committee.

While Selig has been most adamant that he will be retiring at the end of the 2012 season, I believe that, once again, he will be convinced to stay on as commissioner. It would be in the best interest of baseball if he were to stay on, with a protégé being in place to learn the ropes from him. With Selig at the helm, the MLB owners have been happy, the players’ union has been happy, and the best product is displayed on the field. Baseball has been more exciting than ever, and I think we all owe a big thanks to Mr. Selig for being a big part of that.

A big congratulation goes out to Tony La Russa. On October 31, 2011, he announced his retirement just days after managing the St. Louis Cardinals to a World Series title. La Russa will surely be a Hall of Famer after his 33 year managing career that saw him compile 2,728 wins with the Chicago White Sox, Oakland Athletics and St. Louis Cardinals. His teams reached the playoffs 14 times, and he won 3 AL pennants with the A’s, winning one World Series title. He also won 3 NL pennants with the Cards, winning two more World Series. Tony won 3 Manager of the Year Awards in the American League, as well as one in the National League. La Russa will go down as one of the greatest managers in the history of the MLB, and he went out on top. Congratulations, Tony, for a great career.

***Today’s feature was prepared by our Baseball Writer, Rob Bland.  We highly encourage you to leave your comments and feedback at the bottom of the page and share in the discussion with our readers.  You can also follow Rob on Twitter.***

Baseball has been my love since I was three years old. Now I finally have the courage to write about this passion. Share your comments please.
View all posts by blandy12 »