Ortiz Is Almost Done Playing: Who Will Be The Next Great DH Among The AL Clubs?? 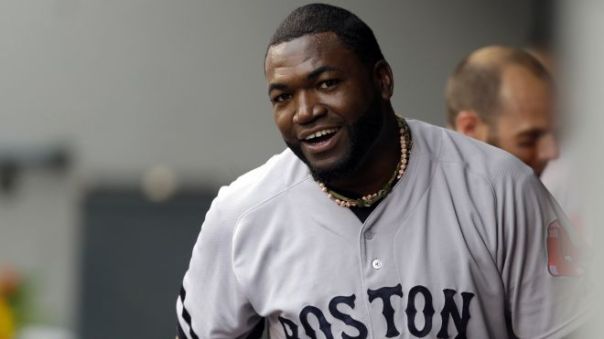 David Ortiz has been the quintessential DH in the AL over the last 11 years. Boston is in contention perennially because he put up great #s compared to his competition. With all of the teams imploring several employees to scouting staffs – trying to find advantages to bring to Major League Lineups – why aren’t teams focusing on the DH position more. Ortiz has been a full time DH since joining the Red Sox, and has been instrumental in the club bringing home 3 World Series Titles. In fact, the only time the team has struggled in the last decade, was if “Big Papi” is hurt or struggling.

There is no doubt in my mind that the Red Sox has won 3 World Series Titles in the last 10 years because they have had the quintessential DH in the American League.

While other teams have used the position as a rest stop for aging players, or stop-gap measure for players with defensive faulty, clubs have not seemed to have stressed emphasis on the slot in the lineup.

My question is why?  With everyone always searching for an edge in today’s game, you have one sitting right in front of you, that equates to over 600 AB a year. 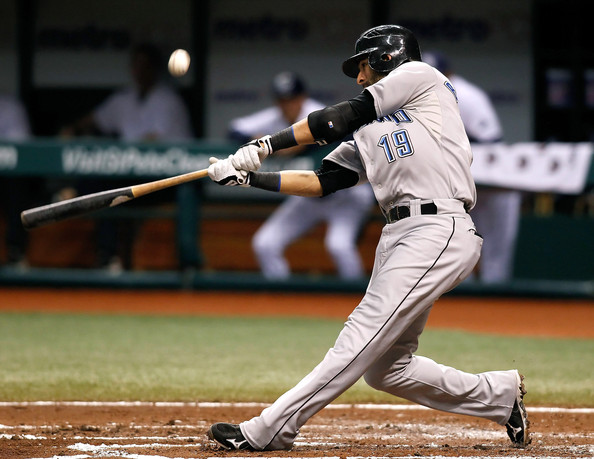 Jose Bautista is one the best best Home Run hitters in baseball, however the last few years, he has seen his season’s cut short by injury. I am thinking the Blue Jays should make this guy their permanent DH after this year – in order to help preserve some of his health.  Adam Lind is the current Designated Hitter for the Canadian Franchise, but is in the last year of his contract – whereas Bautista is on the books until 2016, and at a reasonable pay rate of $14 MIl per year.

The Seattle Mariners had an awesome offense for years because of Edgar Martinez, the White Sox were competitive for the whole time Frank Thomas donned the uniform.

The Pale Hose didn’t stop there though, they have since employed sluggers like Jim Thome and Adam Dunn to man the position for 162 games a year.

The Yankees have used a multitude of different players in the last 20 years, however it was one they had specific players for the slot, that they raked in World Series.

Whether it was David Justice, Cecil Fielder, or a combination of Chili Davis, Darryl Strawberry, or more recently Hideki Matsui or Jason Giambi, having guys on this position Full – Time worked.

So who will be next up to have a 10 year career from the position?

I have made arguments in several articles, that I believe players like Jose Bautista, Josh Hamilton and Albert Pujols should already have been making the transition already.

I guess that only one of the 2 Angels could do that now, but there is a huge advantage to seeing any of these former MVP candidates rake ungodly numbers from the position.

The Boston Red Sox worst years from 2004 – 2013 include David Ortiz either struggling at the plate, or being significantly hurt for durations of the campaigns.

I would argue the Rangers should also have Prince Fielder switch to DH ASAP.  I will go one further and say that Detroit should make Miguel Cabrera their permanent DH this year once Victor Martinez leaves.

It is an unfair advantage that all the low 30’s Free Agents all filter over to the AL – with the caveat of having the players eventually move to DH role in their mid 30’s.

Why not jump the gun on this a little.

If Bryce Harper was on an AL team, I would love to see him come up and just rake- and not be hurt be playing defense.

I am not a baseball purist – so I actually like the DH position, however it has turned out to be anemic position for most clubs in recent years.  Lets take a look at projected teams players for the slot next year.

I maybe wrong to value offense far more than defense in today’s MLB game, but I would rather see the best hitters of baseball be healthy for 600 AB per year.

Yes they could be hurt in the act of being a DH, but it far reduces the chances if the player is not fielding a position.

New York:  A combination of Alfonso Soriano and Carlos Beltran is a great tandem to use.  One could say these 2 individuals will post a great cumulative total for 2014.  I would not use Derek Jeter in the role.

Toronto:  Adam Lind:  He is okay at the spot, but he has a couple of bad years in the last 3.  This club should place Joey Bats in this slot for the next 3 years, and have found another OF to play at Skydome.

Edwin Encarnacion could also be moved to the Designated Hitter role if the club could spend some money on another 1B.  Nothing likely to happen until after next season.

Tampa Bay Rays: Matthew Joyce, Sean Rodriguez and David DeJesus are decent players, but they are not in the same caliber of David Ortiz.

Joe Maddon will still play the splits.  This franchise would never dole out the kind of cash needed for a perennial awesome DH anyway.

Detroit:  Victor Martinez.  While the Tigers squad lost Prince Fielder, maybe having a full year of a healthy V-Mart will equal that out  He was on fire in the second half and the playoffs.

I am not sure if the Motown Boys can pay him past 2014.  Again, I would use the position for Miggy Cabrera.

Kansas City:  It is pretty cool if you are Royals fan.  When Billy Butler is on, he is one of the best DH’s in the game currently.  Now only if other positional players can follow suit.

Chicago White Sox: A heavy dose of Adam Dunn and Paul Konerko will be implemented for the 2014.

If the White Sox were smart, they would trade the “Big Donkey” at the Trade Deadline if they are not in contention.

In future years, look for Rick Hahn and Kenny Williams to secure another great player for the spot.  The track record of the franchise has been great with this philosophy tracking back to even Harold Baines.

Cleveland Indians:  Carlos Santana is actually a decent full time candidate to take the reins for this club.  Jason Giambi is okay, but at 42, what more can he give you?

Minnesota Twins:  Josh Willingham has been said to be the leader for AB in 2014 AB for the Twinkies.  This is a good move.

The franchise should continue to have Joe Mauer have a handful of games in the position as well from this point forward.  I could see Mauer having a Paul Molitor like last decade of play as a DH.

Oakland:  I would use Yoenis Cespedes in the role.  I think the more he plays in the field, the more likelihood of nagging injuries.

Why not use Craig Gentry out in the field permanently with Josh Reddick and Coco Crisp this season?

Brandon Moss and Nate Freiman could see some time there when one is not playing first base, as maybe the aforementioned Reddick.

Seattle:  Right now it looks like Corey Hart may be the guy.  If the club spends some money – they could also bring back Morales.

Franklin Gutierrez is too good defensively (when he isn’t injured) to not see time in the outfield, so don’t expect him to find AB here.

Of course, there is also the incumbent Jesus Montero, fresh off a horrible year – with a PED suspension added to it.

Nelson Cruz is 33 – and has a long history of injuries – and now of PED use. If he is to go to a team in the AL, that impending club should definitely enroll him as an everyday DH. In the last 5 years, he has only played over 128 games for the season once. Now he was on pace to top that in 2013 – before his PED suspension from the Biogenesis Scandal. Will he go to Seattle, another AL team, or is the NL going to be his final destination for next campaign. I thoroughly believe he should just be a permanent DH.

LA Angels:  I believe this is the year Raul Ibanez slows down ( I hope I am wrong because I love the guy).

The good news is there should be a fight at the bat rack for this position between Pujols, Hamilton and maybe David Freese all battling various injury ailments for the last several seasons.

Houston Astros:  I think Chris Carter should be given every chance to win the DH role.

He has quietly been casting bombs over the fences the last few years – while his defense is less than stellar.

I think the guy could develop into a great DH.

Texas:  I guess Mitch Moreland would be the #1 guy for the list, although I beg the Rangers to let him play 1st – and put Fielder in the position.  I doubt the team will re-sign Nelson Cruz either.

That brings me to Nelson Cruz.  This guy must be put into the role for any team he signs with, both in the interest of self-preservation to an injury-riddled player, and because his defense is sub-par.

Miguel Cabrera challenged for a 2nd straight Triple Crown in 2013 – before injuries slowed him down. I am hoping that the Tigers will move him into the Designated Hitter role as early as 2015 to preserve his health long – term.  He has said his torn groin came from wear and tear at playing the 3rd base position.  While he has moved over to First Base, I think a move to DH for the 2015 year could add a few years of play to his career.  A resume that may see him challenge some all time totals like RBI, Extra Base Hits, and he might be able to approach 4000 Hits if he can stay healthy.  Cabrera will turn just 31 on Apr.18, 2014.  He has already amassed 1995 hits, 365 HRs and 1260 RBI (1237 behind Aaron as of right now – and maybe the most realistic reach for the ALL – Time List categories he will challenge).