The Chicago Cubs are still reeling from an abysmal 66 – 96 2013 season. They finished 31 games back in the NL Central, which saw three of its five teams reach the playoffs. The wheels are churning in Chicago’s farm system as it’s seeing a meteoric rise in young talent, but even with the influx of fresh faces, success is still a season or two out of reach for the city’s Northsiders. With a rebuild in the process the Cubs needed a new manager with a proven track record for player development. Dale Sveum is out. Rick Renteria is in. 2014 may not be the Cubs’ year, but they’re working on it.

Chicago Cubs State of the Union: Mired in Mediocrity

It’s difficult to ask a Cubs fan to be patient.

The Cubs haven’t won a World Series since 1908, and every year we’re reminded of the enormity of a centuries worth of atrocious baseball that we must all endure year in and year out.

But in 2009, a man named Sam Zell purchased the Tribune company and decided to sell off some of its parts, namely the Chicago Cubs.

Tom Ricketts, a Chicago native, stepped up and was able to realize a boyhood dream, to own his favorite team. But owning it wasn’t enough.

Cubs fans are hoping the hometown boy can help deliver a promise of a Title in the near future.

With Tom Ricketts being a long time fan himself, he wanted to change the organization — to be rid of the “lovable losers” moniker and become one of the elite powers in all of Major League Baseball. To do this he needed help and in October 2011 he hired on Theo Epstein as Team President. Theo has a knack for building having helped the Boston Red Sox to a World Series Championship as the youngest general manager in all of baseball. Epstein then hired on current Cubs general manager Jed Hoyer, and the rebuild began. It’s tough to swallow a combined record of 127-197 since the new regime began, and another year or two of enduring will be required. 2014 won’t be the Cubs’ year.

The Cubs aren’t going to have a lot of new, exciting faces on the big club this year, but here’s a look at what’s going on with the players that we know will be around in April.

Starlin Castro is going to need all the help he can get. 2013 was statistically his worst offensive season in the majors, batting a very sub-par .245.

Hopefully Renteria can get through to the young shortstop where Sveum could not.

Starlin also committed a horrific 22 errors in 2013. I’m hoping his game will pick up, and perhaps become trade bait for a team in need of some youth.

Darwin Barney is in “placeholder” mode. An exceptional fielder, Darwin’s offensive game is quite lacking but with Javier Baez and Arismendy Alcantara still at least 1-2 years away, he’s got the job at 2B for now.

Anthony Rizzo has his first full season in the “Bigs” in 2013, but his stroke wasn’t all there.

Batting .233 leaves many to wonder if his big contract was worth it, but he’s shown a lot of promise at first base and after a season like that there’s nowhere to go but up.

Third base has been something of a paradox for the Cubs since Aramis Ramirez. Luis Valbuena received his shot after an injury and terrible start by Ian Stewart.

It’s still going to be a platoon position in 2014. Valbuena is the likely starter, but expect to also see Donnie Murphy and possibly Josh Vitters (if he finally find the bat that he’s been missing for quite a few years now.)

Murphy showed the most power at the plate last year, but consistency is still a major factor overall at the hot corner.

Junior Lake being promoted to the big club was undeniably the highlight of the 2013 campaign. He burst on the scene hitting a respectable .284 with a .420 SLG and a .760 OPS.

Barring some sort of injury, expect left field to be set for years to come.

Nate Schierholtz was the prize acquisition preceding the 2013 season. No one know he’d show up like he did, and even though he only bat against righties, he still make a solid contribution to this ball club.

He only played in 75% of the games, but with 21 home runs and 32 doubles last season, expect more timely, explosive hits when a right handed pitcher comes to town.

Ryan Sweeney got his fair share of at-bats after the Cubs traded David DeJesus to the Washington Nationals.

He did a modest job with the limited starts he received, but expect him to have to share some field time with Brian Bogusevic.

Bedsides Lake in left, the other two outfield spots will be a rotation of Schierholtz, Sweeney, and Bogusevic, with Brett Jackson on the bench (If he’s not sent back down to AAA because of continuing plate issues.)

Jeff Samardzija was undoubtedly the gem of the Cubs rotation last season. He’s not quite an “ace”, but in 213.2 innings in 2013, he threw 214 strike outs, which is stellar to say the least. As the Cubs take major strides in rebuilding, Samardzija has been rumored to being shopped around to other clubs, possibly filling in missing holes in the farm system, or gaining (always valuable) relief pitching, which the Cubs have missed sorely for years.

The Cubs pitching has been their Achilles heel for generations, even while having such pitchers on staff as Greg Maddux, Rick Sutcliffe, or Kerry Wood. This season will be no different.

Travis Wood tossed a very respectable 3.11 ERA last season and was a better than average hitter too, often helping his own cause. Could be a good number three on most ball clubs.

Jeff Samardzija is the best pitcher on staff, but it a number two on his best day. At this point, I wouldn’t expect him to be a Cub through June.

Edwin Jackson and Carlos Villanueva are two more likely starters in the rotation. Both are suspect and likely to give up tons of runs on multiple occasions.

Both are modest pitchers at best, and will again end up with a 4.0-5.5 ERA by season’s end.

Wesley Wright, a lefty reliever, has been the best free agent pick up on this off season thus far. The staff has lacked left handed hurlers as of late, and a good one can never hurt your chances of winning.

Aside from Wright the only other free agent notable is former Royal catcher George Kottaras, signed on to backup Castillo.

This article is also written with the idea that the Cubs could be a factor in signing Free Agents. It’s still early in the winter, and more players are likely to come, but none too spectacular as of yet.

Most have limited A or AA experience at best, and most will require a full season of AA and a partial of AAA before being shipped to Chicago.

Rick Renteria was not the hire that the Cubs wanted in the off season. It’s no secret that they hoped to entice Joe Girardi away from the Yankees. On a positive note though, he’s helped in San Diego’s player developent over the past few years. Being bilingual is also a large draw for the Cubs, because so many current players (Starling Castro) and up and coming players (Jorge Soler, Javier Baez) speak Spanish. Communication is a must to properly get one’s point across.

Robert is an avid sports blogger pursuing a dream to write about sports and to be a sports radio personality one day.

A Rockford, IL native, he’s a graduate of Kishwaukee College and lover of all things Chicago. He lives in Loves Park, IL with his wife and two children, and is involved in fundraising for Children’s Oncology Services. 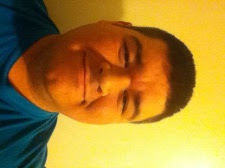 Please e-mail us at: mlbeports@gmail.com with any questions and feedback.    To subscribe to our website and have the daily Reports sent directly to your inbox, click here and follow the link at the top of our homepage.