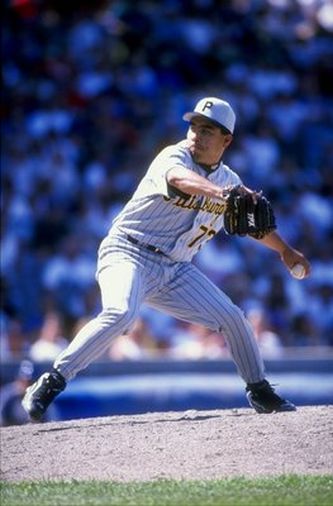 What 3 current Pirates players can be traced back to Ricardo Rincon? Read this article and you will find out how all of the players have arrived in a Bucs uniform – and we dissected the Pirates brass for each move.

Neil Huntington has done a great job assembling this Pirates team – and has spun some great trades in order to see his club actually be competitive over the last few years.

At the MLB Reports, we intend to show you the Roster Tree for the Bucs – and how they assembled their current rosters.  It will work in a six degrees of separation like format.

If a player has never left the organization at all, the tree will be easy – as it will just be the year they were drafted. 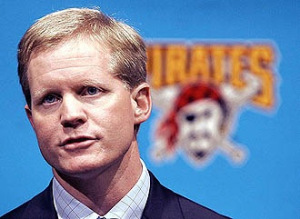 Neal Huntington was named General Manager by the Pirates in 2007 and has yet to produce a winning season. However his Trade and Draft History have definitely helped the club make strides towards respectability. While the Draft Record hasn’t been stellar – their recent Roster moves have been pretty good.

Pitcher:  2013 Year with W-L ERA and any other significant stat These players are currently on the Pirates Depth Chart!

It only cost the club $13 MIL over 2 years from the  New York Yankees, with the Bronx Bombers eating the other $18.5 MIL.

LHP Jeff Locke – Acquired from the Braves with OF Gorkys Hernandez and RHP Charlie Morton, on June 3, 2009 for OF Nate McLouth (Drafted by the Pirates in 25th Round of 2000 Draft)

Gorkys Hernandez was used in a trade to acquire Gaby Sanchez. He is hitting brutally with the AAA team of the Marlins thus far.

Another player ( Kyle Kaminska ) was acquired with Gaby Sanchez – but now is with the Red Sox – after being traded for Zach Stewart.

Zack Stewart was Designated for Assignment and caught on with the White Sox.  The Pirates also lost a pick to the 2013 Marlins for the Sanchez trade.

McLouth was never the same player in Atlanta as he was in Pittsburgh.  He battled injuries.  The man even came back for another stint with the Pirates as a Free Agent in 2012 – before being released.  He has since moved on to be  decent player for the Orioles.

The bottom line is this chain of events has netted the Bucs, Morton, Locke and Sanchez for a bad McLouth, and a Draft compensatory pick.  Absolute steal of a deal.

Verdict: Rodriguez is 8 – 6, with a 3.69 ERA and a 1.202 WHIP to date with Pittsburgh.  While it is too early to tell with the other players all being part of Houston’s future still yet to be determined.    Rodriguez is having half of his salary be paid by the Astros – so having the veteran LHP for the Pirates is a deal at $5.5 MIL this year.

At the end of the year, Rodriguez has a Player Option for $13 MIL  with the Bucs – or he can opt for Free Agency.

So far this is a good pickup for Pittsburgh.

Grossman has hit .194 for the Astros in 64 AB.  Cain has a 8.59 ERA for Quad Cities of Single A Ball for Houston and Owens has started 3 games for Oklahoma of the PCL League.  Lets take another look at this trade in a few years.

RHP Jeanmar Gomez – Acquired from the Indians on January 9, 2013 for OF Quincy Latimore (Drafted by the Pirates in 4th Round of 2007 Draft)

Quincy Latimore is playing in AA Akron for the Cleveland Indians – and has put up decent power numbers.  It is too early to call this one – however instantly the Bucs have their player at the MLB level.

LHP Francisco Liriano – Signed as a Free Agent before 2013.  Liriano looked great in his Pirates debut – winning the only start he has had – giving up 1 ER in 5.1 IP.  Suddenly, his $1 MIL salary in 2013 looks pretty good.

Nyjer Morgan was okay for one year in Washington before being traded to Milwaukee. He is currently batting .215 with Yokohama of the Japan Central League.  He is T – Plush in Japan!

Lastings Milledge is with Nyjer in the JPCL and has shown steady power there since 2012.  Milledge actually wasn’t a train wreck with the Bucs statistically – carrying a .282/.332/718 Slash Line in 599 AB with the franchise.  He was just a mental case.

Ivan De Jesus is still in the Minors – hitting well and playing Infield.

Stolmy Pimentel is flame throwing down in Altoona, with a 1.99 ERA in 7 GS – and may see some duty with the big club this season.

Brock Holt is the lone representative left for the Hanrahan trade for the BoSox.  He has not done well this campaign in Pawtucket.  He has a .463 OPS in 91 AB.

This one is to be concluded still – but with Holt versus the other 4 – it looks extremely one sided.

Nyjer Morgan turned into 2 great Seasons from Hanrahan – which led to the Melancon trade – and Hanrahan is  now out for the year.  Milledge and Morgan are a wash out .  Sean Burnett was never the same equal as a Nats setup guy – compared to how good Hanrahan was with Pittsburgh.

The Bucs look great with the Melancon just for Hanrahan (impending FA as well – and now gone until 2014 with injury = bust for Boston).

So this deal is Brock Holt, Nyjer Morgan and Sean Burnett for Mark Melancon, a couple of great Hanrahan years, and the 3 players (De Jesus, Pimentel and Jerry Sands).  Good job Buc Management!

RHP Vin Mazzaro – was acquired along with Clint Robinson for Luis Rico and Luis Santos via the Royals This one is a little early to call with all players in the Minors except for Mazzaro.  His 2013 MLB Stats: a 3.86 ERA in 11 Appearances and 11.2 IP.

Perez was acquired from the Padres – with OF Jason Bay and LHP Cory Stewart (never made the club), on August 26, 2003, for OF Brian Giles (Acquired from the Indians on November 18, 1998, for LHP Ricardo Rincon (Purchased from the Mexico City Reds on March 30, 1997).

Rob Mackowiak had a nice stretch with the White Sox for 2 years (.770 OPS in 492 AB) before fading away.

Jason Bay was traded essentially for 4 players:  Bryan Morris, Andy LaRoche, Craig Hansen (never made the majors) and Brandon Moss.  Bay had a great run with the Boston Red Sox – before signing a 4 YR/$64 MIL deal with the Mets.  New York bought him out of his deal – freeing the Canadian to also play in Seattle.  Huntington pulled a great move having the injury plagued OF off the team before he crippled their salary.

Brandon Moss struggled in his Pirates Career (OPS of .667) – but has flourished in Oakland with the Athletics (.909 OPS).

After Xavier Nady had a decent stint with the New York Yankees in 2008, he fizzled out of baseball – putting up anemic numbers after and is now a FA out of baseball.

Andy LaRoche  had one decent year with Pittsburgh in 2009 (hitting .258 with 12 HRs and 64 RBI).  He was granted Free Agency after the 2010 year and played for Oakland briefly before retiring.

Ricardo Rincon was a pretty solid arm out of the Bullpen for many years, but not the caliber of play – when you trade his services for the likes of Brian Giles (who was flipped for Jason Bay).  Basically , that is 8 years of +1.000 OPS and ALL – Star play from those two players.

Oliver Perez signed a brutal contract by the NYM management before they released him – costing the franchise heartache and Millions.  He has since resurrected his pitching career in Seattle as a LHP Bullpen specialist.

Brian Giles was a brilliant get by the Pirates for Ricardo Rincon (holy cow).  After an OPS for the Bucs of 1.018, he went on to post just a .815 clip OPS wise for the San Diego Padres.  The Padres paid him $60 MIL for 6 Years – and that was too rich for the Pittsburgh team.

Basically here you turned Ricardo Rincon, ( Amateur FA signing) Roberto Hernandez (FA signing) and the only player to be drafted by the club in this tree (Mackowiak) turned into Bryan Morris, Jeff Karstens and Jose Tabata left on the current club.

However, you had MVP type like numbers from Bay and Giles that came from Rincon, while you missed out on about $150 MIL of salary flushed by the contracts of Perez, Bay and Giles.

The whole starting staff (until you bring up Gerrit Cole) consists of players or Free Agents acquired.  Your Closer is someone who was passed on by all other 29 clubs – and your setup guy had to be added with 3 other players just to get Hanrahan – who was a UFA at the end of the year. BTW those 2 end Relievers have been awesome this season

Mr Huntington..  Bravo to you.. To previous management… While your drafting record has been bad, your trades for the last 15 years have not been.  Come back in a few weeks for the Hitters portion of this tree. 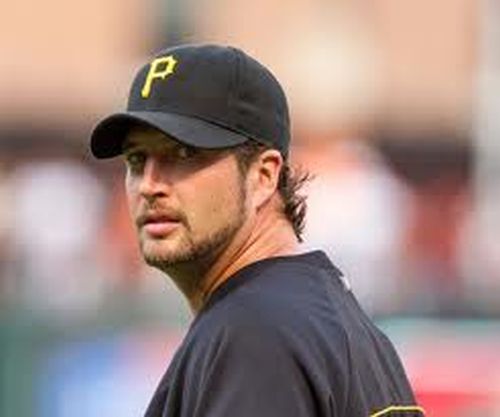 A big Thank – You goes out to our Pirates Correspondent Brad Cuprik for preparing today’s featured post.  Brad is longing for a return to the postseason for his beloved Pittsburgh Pirates, but enjoys watching any team and any level of baseball. He grew up idolizing Cal Ripken and played shortstop through the NCAA Division III level. While working on two different baseball book projects, he earned his MBA at Robert Morris University, but wishes he could have majored in baseball history.

Brad’s dream is to cover the Pirates as a beat writer, but is making ends meet as a retail manager for now. If you want to talk about the greatest game, whether present or past, or e-mail him at bcuprik77@hotmail.com. You can also follow and Interact with Brad on Twitter Follow @bradcuprik 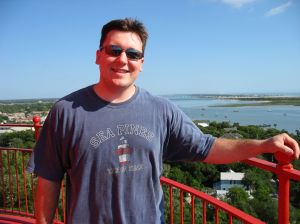