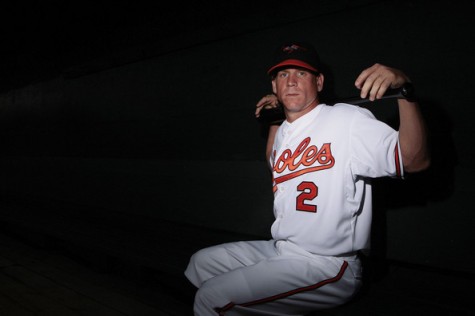 Ryan Freel, a utility player for eight years from 2001 to 2009, died of a self-inflicted shotgun wound a few weeks ago. Freel will be remembered for his fearless play and highlight-reel catches. Ryan Freel was a player that defined grit, he played baseball the way it was meant to play.  Everyone’s thoughts and prayers should be with the Freel family during this time of sadness.

Ryan Freel was born in March of 1976 in Jacksonville, Florida. He was drafted by Toronto in the 10th round of the 1995 MLB Amateur Draft out of Tallahassee Community College. After six years in the Minors, Freel finally broke into the Major Leagues. A Right-Handed Hitter, Freel played all Outfield positions, Third Base, and Second Base. Standing well under six feet tall, Freel was never as athletically gifted as other players, but he made up for it with hustle and dedication.

Ryan Freel’s MLB career really got kicked off after he signed as a MiLB free agent with the Reds before the 2003 season. Freel had a three-year stretch from 2004 to 2006 in which he played an average of 126 games per season, he stole over 110 bases, and he hit just under .275. Freel suffered upwards of ten concussions during his career, including one particularly memorable one in 2007, in which Freel had to be carted off the field.

In 2008 Freel’s season was shortened when he tore a tendon in his right hamstring. That offseason, Freel’s time in Cincinnati came to an abrupt end when he was traded to Baltimore along with two prospects for Ramon Hernandez. Once again, Freel had his season cut short due to injury. He was soon traded to the Cubs for Joey Gathright. In 2009, Freel had a rather odd season, playing in less than twenty games for three Major League teams. Freel played for Baltimore, Chicago, and Kansas City, not really finding success in any of the three places. This was the last year of Freel’s fantastic career.

The Freel family recently announced that Ryan Freel’s brain tissue was donated for head trauma research. The New York Times reported that Freel’s brain tissue will be tested for a degenerative brain disease known as chronic traumatic encephalopathy. This research has the potential to be groundbreaking in discovering the effect of concussions on the human brain.

Ryan Freel was an outstanding competitor whenever he was on the baseball field. From what it sounds like, Freel was pretty much everything you could ask for in a teammate. At times like these, it is best to look back at high points in one’s life instead of the details of the death. Ryan Freel lived a great life and he embodied the type of athlete that today’s sports need more of.

*The views and opinions expressed in this report are those of the author and do not necessarily reflect the views of mlbreports.com*)

Today’s feature was prepared by our Baseball Writer Sam Evans.  We highly encourage you to leave your comments and feedback at the bottom of the page and share in the discussion with our readers.  You can also follow Sam on Twitter Follow @RJA206