The Los Angeles Angels Roster in 2013: State Of The Union

With Trout, Trumbo and Pujols in the lineup for the next decade, plus Hamilton for the next 5 years. I could see the Angels appearing on another top 10 decades win list. Question is will they make a World Series? They have not been to the dance since 2002 when they won it.

Look-back at last year: 2012 was a year, much like this upcoming season, with expectations as high as the sky moon.  The Halos stole future Hall-of-Famer Albert Pujols and Texas ace C.J. Wilson from their respective 2011 World Series teams and looked to have a strong rotation headed by the trio of Jered Weaver, Dan Haren and Wilson. The team fought its way to a 89-73 record, missing the playoffs by a mere four games despite having more wins than the eventual AL Champion Detroit Tigers (Yes, I’m still bitter).

This year, Arte Moreno and the Angels front office decided once again to go big-fish hunting, giving outfielder Josh Hamilton a 5-Year Deal worth $125 Million.  Hamilton gave the Angels quite a logjam in the outfield and Designated-Hitter, leading to the trade that sent designated-hitter Kendrys Morales to the Seattle Mariners in return for Jered Weaver’s college teammate and fellow innings-eater Jason Vargas. You can read a post a fellow writer here at the MLB Reports wrote about that very trade here . Angels General Manager Jerry DiPoto also poured some money into the bullpen and back-end of the rotation, signing hurlers Ryan Madson, Sean Burnett and Joe Blanton. .

Albert Pujols Highlights from 2012- Parental Guidance is Advised for watching the video:

Expectations are sky-high, just as last year, adding Josh Hamilton into an already potent lineup with fellow superstars Albert Pujols and Mike Trout. Here’s a position-by-position breakdown for the 2013 Halos:

Catcher:  Chris Iannetta will be the every-day backstop, signing a 3-Year extension worth about $15 Million in late 2012.  Chris had a wrist injury last year, limiting his play to only 79 games. He still showed adequate thump with 9 HRs and 26 RBI but will have to show not only the ability to stay healthy but the ability to continue showing off the batting eye that he has shown throughout his career. Hank Conger will likely be the back-up with Bobby Wilson being claimed off waivers by the Blue Jays.

Second-Base/Short-Stop: Howie Kendrick and Erick Aybar will once against man the middle infield spots, with their shiny new extensions in hand.  You know what to expect from both guys, with Kendrick giving you about 3 WAR and Aybar settling in at about 3.5 thanks to his position scarcity.  Hitting wise, they had amazingly similar 2012’s with Kendrick hitting .287/.325/.400 while Aybar hit .290/.324/.416.  Both players are slightly above-average players who aren’t flashy and don’t get much pub but both are cogs for the Angels lineup like they have been for the last four years.

Third Base: Alberto Callaspo will man Third-Base for the team.  Callaspo is a slap hitter with a quality batting eye and solid defense.  He hit .252/.331/.361 and will bat in the lower quadrant of the lineup.  He was surprisingly the fifth best position player on the team last year, cashing in 3.2 wins-above-replacement.  Andrew Romine will backup second, third and short for the Angels replacing Maicer Izturis who signed with the Blue Jays. Kaleb Cowart’s name may also be penciled in at third-base by the end of the year, as the switch-hitting power prospect is moving quickly throughout the Minor Leagues.

Josh Hamilton hit 43 HRs and added 128 RBI in 2012 – despite a 6 week slump in the middle of the year. How much damage will he inflict on the other teams with having Trout on base and Pujols in the same lineup?

Outfield: The Angels outfield will easily be the strength of the team for the 2013 campaign.  Rookie phenom and fan favorite Mike Trout will move over the Left Field in order to allow Peter Bourjos to roam ccnterfield with newly acquired Josh Hamilton playing Right Field.  Trout and Hamilton are bonafide stars in professional baseball, but both will have something to prove in 2013.  Trout wants to show that there will be no sophomore slump while Hamilton wants to show that he can adjust to a much more spacious ballpark and continue to be a top-10 offensive force in MLB. Bourjos is a dynamic player who didn’t get much of a chance to play in 2012 thanks to Torii Hunter and Mike Trout.  In 2011 Peter hit .271/.327/.438 with a league-leading 11 Triples and 22 Stolen Bases. His spectacular defense is the reason that Trout will be moving to Left-Field, as Bourjos is by far the best defensive outfielder in the league according to UZR. There will not be many balls dropping in the outfield with the legs of Trout and Bourjos and no runner wants to tag up with a Josh Hamilton throw storming towards the plate.

Rotation/Bullpen: The 2013 rotation will once again be lead by ace Jered Weaver, followed by C.J. Wilson trying to bounce back from a disappointing second-half in 2012. Newly acquired Jason Vargas, Tommy Hanson and Joe Blanton will round out the five man staff.  Vargas gave up way too many Home-Runs at Safeco Field last year, which is not a good trend despite moving to another pitcher’s park in Anaheim. He will have the luxury of having the league’s best defensive outfield though.  Hanson was a budding star in 2011, but didn’t have nearly the season that the Braves expected last year and has seen his velocity drop over the years thanks to injuries piling up. Blanton isn’t much more than an innings-eater who posted a 4.71 ERA in over 190 Innings Pitched last year between the Dodgers and Phillies.

Garrett Richards will likely begin the season in Triple-A, but will get the first crack at the rotation once an injury comes up.  Richards started 9 games for the Halos in 2012, posting a 4.69 ERA in 71 Innings Pitched between the rotation and bullpen.  DiPoto should have never panicked and signed Blanton to a 2-Year/$15 Million Dollar Pact after Greinke bolted for the Dodgers.

Ryan Madson missed the whole year in 2012 after requiring Tommy John Surgery in March . Can he be an effective reliever for the Angels in 2013?

Richards should’ve been the fifth starter with his great amount of quality minor-league work, but the fact is rarely does a team need five starters throughout the year.  It’s usually about 7 or 8 considering injuries and ineffectiveness, so there’s no doubt that Richards will be starting for the Halos quite a bit in 2013. Ernesto Frieri will set-up Ryan Madson in the 2013 bullpen, and as long as Madson can quickly regain velocity and control after missing the 2012 season thanks to Tommy John surgery, the back-end of the bullpen look solid.  Scott Downs and Sean Burnett give the Angels two quality Left-handed relievers that will allow manager Mike Scioscia to play matchups late in games. Kevin Jepsen and Nick Maronde will likely round out the six-man ‘pen.

Overall: You can’t help but be quite excited for the 2013 version of the Angels.  The offense will likely be one of the best in the league, and the defense is quite solid throughout.  The strength of the team will be the outfield defense and lineup, while the potential weaknesses will be the bottom half of the pitching staff and bench. Nothing short of a World Series title will do for owner Arte Moreno and Angels fans, and this team looks like it can definitely contend in 2013. Play Ball! 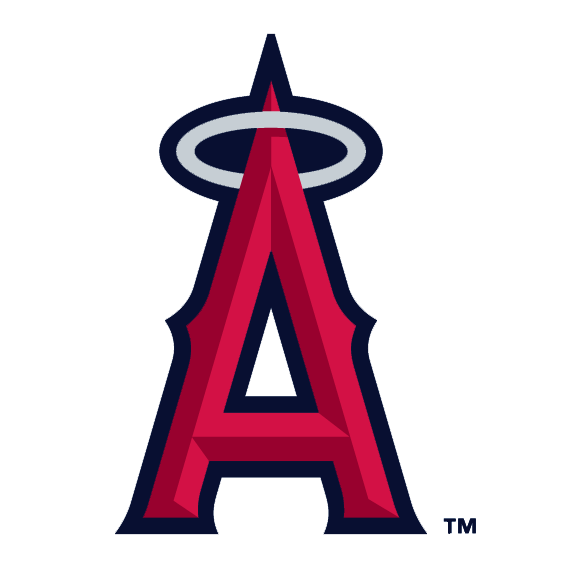 A big thank-you goes out to our Angels Correspondent Josh Jones for preparing today’s featured article.  Josh Jones claims to be the biggest Angels fan there is. He has been religiously following the team since 2005 and have watched every game since.  His girlfriend and him attend about 40 games a year and love every minute of attendance. Josh is currently a senior at California State University, Fullerton working towards his Bachelor’s degree in Business Marketing. Josh wishes to thank all of the readers for viewing his posts.  Follow Josh on twitter  Follow @joshjones4 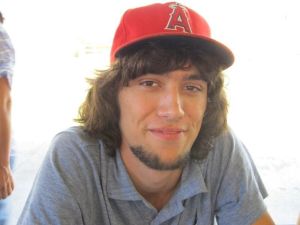