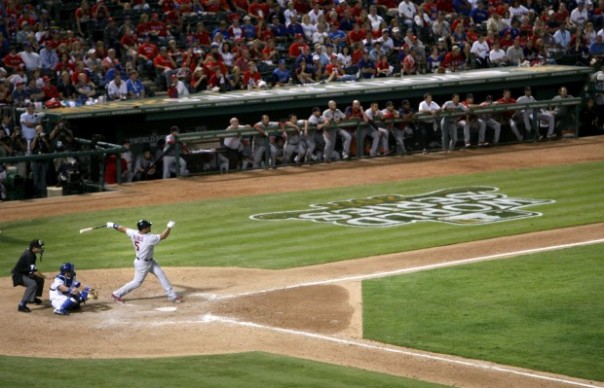 Peter Stein (Fantasy Baseball Analyst – MLB reports):  Unless you have been living under a rock for the past two weeks, you are probably well aware of the splash that the Angels made in the free agent market with the signings of Albert Pujols and C.J. Wilson. Certainly, the balance of power in the American League West has shifted to the Angels, who have set themselves up for a championship run. While Pujols and Wilson have a good chance to bring home a championship in Los Angeles, they will likely be on many winning fantasy rosters as well.

As I discussed a few weeks back, Pujols has been the best fantasy player in baseball after 10 Ruth-like seasons after he busted onto the scene in 2001. However, 2011 was an interesting year for Pujols, the first in which he did not produce a .300 average, hit 30 HR and drive in 100 runs. He missed this feat by just one RBI and one average point. Through the Cardinal’s first 54 games, Pujols batted .257 with 8 home runs and 28 RBI. However, in the final 108 games, which included the time missed with the wrist injury, he batted .322 with 29 home runs and 71 RBI’s. That is the Pujols that we have all been accustomed to over the last decade. Therefore, I do not think you need to be overly concerned about a significant A-Rod-esque drop off just yet. The back-end of Pujols’ contract will certainly get ugly for the Angels, but expect the usual slugger for the first few years. Now, the other factor on Pujols’ performance is the shift to a new team and new league. In terms of ballparks, Busch Stadium and Angels Stadium are very similar in degree of hitter friendliness. For the switch to the AL. below are his career interleague numbers, which add up to almost one full major league season:

The stats show the Albert dominates against the American League, with numbers that even exceed his career averages. With a hitter as good as Pujols, it’s the American League pitchers who will be tasked with making adjustments and not Pujols. The Angels lineup is actually pretty similar to the Cardinals, and if people step up (Kendrys Morales), it has potential to be a lot better. Therefore, I expect the usual greatness from Pujols.

C.J. Wilson enjoyed his finest season as a pro in 2011 with a 16-7 record and a 2.94 ERA. At age 31 and not as young as many expect, there is not too much room for actual skill development with Wilson. However, the major factors that impact pitchers results after a team change are in favor for Wilson. Let’s start with park factors and opposition. Wilson no longer has to pitch as many games in Texas, where he sported a career 3.89 ERA, compared to 3.26 on the road. The contrast was even starker in 2011, when he posted a 3.69 ERA at home and a 2.31 ERA on the road. Much of the reason for his success on the road were his regular matchups against the lowly Mariners and Athletics offenses, which he will continue have. Fortunate to have Pujols on his team now, he will still have to face his former talented Rangers teammates. Looking at the defense behind Wilson, it is pretty much a wash. The Elvis Andrus and Ian Kinsler double play combination was one of the best in baseball, but the Angels outfield is significantly better than the Rangers. Lastly, although the Angels made significant offensive upgrades, it is still safe to think the Rangers would provide more run support, potentially cutting into his win total.

The move to the Angels appears to make Wilson potentially more valuable in 2012. His FIP and XFIP indicate that his ERA range should have been closer to 3.20-3.30, so it might be tough to expect a sub-3 ERA in 2012. However, his recent success, coupled with his change of scenery (most importantly out of Texas), indicate that he should be one the game’s most valuable pitchers in 2012.

***Today’s feature was prepared by our Fantasy Baseball Analyst, Peter Stein.  We highly encourage you to leave your comments and feedback at the bottom of the page and share in the discussion with our readers.  You can also follow Peter on Twitter (@peterWstein).***

Comments Off on Albert Pujols and C.J. Wilson: 2012 Projections 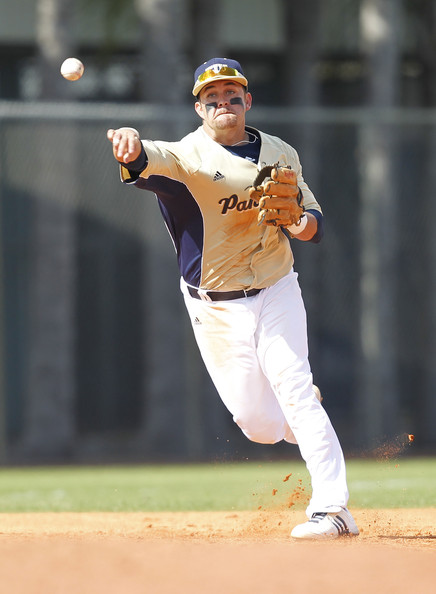 Jonathan Hacohen:  We are thrilled to welcome to MLB reports:  2011 St. Louis Cardinals draftee, Jeremy Patton.   A steal of a pick in the 38th round, the 23-year-old Jeremy played this past year for the Batavia Muckdogs (Low-A Ball).   Jeremy played nearly every position for the Muckdogs, except shortstop, catcher and pitcher.  His primary position is second base, which gives him a good chance of shooting up to St. Louis in the next couple of years.  Jeremy showed a very strong bat in his professional debut, which is rare for his position.  I have often preached that the ideal hitter shows the “power and patience” combination.  Jeremy has indeed done that.  In 63 games, he popped 4 home runs, 20 doubles, while walking 30 times to 28 strikeouts.  More walks than strikeouts?  I’m sold!  Jeremy hit .292 last season, with a .374 OBP and .451 SLG.  A great start to his baseball career.  But this is just the tip of the iceberg, as Jeremy begins his journey to St. Louis.

Featured on MLB reports, I proudly present my interview with Jeremy Patton – Prospect and 2011 Draft Pick of the St. Louis Cardinals:

MLB reports:  Welcome to the Reports Jeremy:  First question- Who was your favorite baseball player growing up, that you most idolized and patterned your game after?

Jeremy Patton:  My favorite player growing up was Chipper Jones.

Jeremy Patton:  Derek Jeter, because you never hear his name in a negative way.  When you hear his name it is always positive on and off the baseball field. And when his team needs him most, he always comes up with the big hit.

MLB reports:  Reflecting on your career to-date, what are your proudest accomplishments on the baseball field?

MLB reports:  What are your goals going into the 2012 season?

Jeremy Patton:  My goals are to make a long season team after Spring Training, then keep working my way through the minors and making it as high as possible by the end of the season.

MLB reports:  Were you surprised when you were drafted in the 38th round- did you have any expectations on the draft?  What was the process like signing with the Cards?

Jeremy Patton:  Yes, I was surprised when I was drafted.  I was even more surprised that it was by the Cardinals because I am from Missouri and I am a Cardinals fan.  Yes, I was expecting to be drafted sooner than I was, but I was drafted and that is all that matters.  The process was very fast.  They called me on June 8th and told me that I had been drafted and they would call me in a couple of days.  Then a couple of days passed and they called me and told me that they had a flight booked for me to go to Batavia, New York on June 12th to sign my contract.

Jeremy Patton:  I have always considered Hitting to be my greatest skill.  I also consider my leadership to be a great skill on the baseball field.

Jeremy Patton:   I want to keep improving every aspect of my game. I feel that you can never get too good at this game and there is always room for improvement.

MLB reports:  How do strikeouts and walks figure into your game?  Do you see any of these items changing over time and to what degree?  I was very impressed with your 2011 numbers, especially the fact that you had more walks than strikeouts.

Jeremy Patton:  I always try to keep my strikeouts to a minimum.  The less you strikeout, the more you put the ball in play and the higher your on-base percentage. My goal every year is to have more walks than strikeouts and I don’t ever see this goal changing. (Jonathan claps and gives Jeremy a standing ovation)

MLB reports:  Long term- do you see yourself as a second baseman, third baseman, outfielder or at another position? How do you view your role in the organization?

Jeremy Patton:  I see myself as a second baseman, but I am versatile and willing to play whatever position they need me to.  I will know more about what my role is after spring training.

MLB reports:  What do you need to do in order to be successful in this game?

Jeremy Patton:  Stay confident because baseball is a game of confidence and without it you will never be successful. Also, keep putting up exceptional numbers consistently every season.

Jeremy Patton:  I see myself in the big leagues in 2014. I need to keep improving my game and produce numbers at every level in the minors.

MLB reports:  Has pro ball been everything you expected it to be thus far?

Jeremy Patton:  Pro ball is everything I have always dreamed it to be.  I am one step closer to my lifelong dream of playing in the big leagues.

MLB reports:  What do you do for fun when you are not playing baseball?

Jeremy Patton:  I like to go hunting, play golf, and spend time with family and friends.

MLB reports:  Do you have a favorite pre-game meal?

Jeremy Patton:  I don’t really have a favorite pre-game meal. I guess it would have to be whatever they put out, which is usually peanut butter and jelly sandwiches.

Jeremy Patton:  Thanks for the interview and maybe we can do a follow-up when I make the big leagues

MLB reports:  Maybe??!!  Count on it!  We would love to have you back on the Reports before then and of course, when you reach St. Louis.  Good luck on the upcoming season Jeremy.

Thank you again to Jeremy Patton for taking the time to join us today on MLB reports.  We highly encourage our readers to post at the bottom of the article any questions and/or comments that you may have for Jeremy.  You can also  find Jeremy Patton on Twitter (@PlayPat_22)