← The Nats Pay A Steep Price For Eaton: The New CF Has A Team Friendly 5 Year Deal Which Is The Key To Salvage The Trade
Giants Trade Chris Heston to the Mariners →

Wade Davis has been one of the filthiest late inning Relievers in the game over last three years, and only comes with a salary for one year at $10 MIL.  Chicago is really smart for doing this as Aroldis Chapman cost the Yankees $86 MIL for 5 years yesterday, and Kenley Jansen is not far behind.  he Cubs may also give Davis a Qualifying Offer after next season is over.  Who knows, maybe he would accept a one year deal at $18 MIL to stay on this World Series Contender.  The most important factor in landing Davis is his playoff pedigree.  He has proved he is an elite Closer on the grandest of stages – something that Chicago plans to be involved in again to defend their championship.

With the news that the Cubs brought in Wade Davis in exchange for Jorge Soler, the Cubs have effectively brought in a 9th Inning Man – who won the World Series for the Royals in 2015 as their stopper.

Davis will earn $10 MIL in 2017, and can may be extended the Qualifying Offer for 2018 in the process.  With another spike potentially in the top 125 salaries (this years total was $17.2 MIL) maybe Davis would take the one year deal for 2018 after this next season.

As one of the game’s premiere Late Inning arms since the 2014 season, Davis is also a perfect replacement for the departing Aroldis Chapman.

The minute the regular season ended – the clock on Soler’s value was depreciating with the Outfield Depth the club already possesses. To trade him was a foregone conclusion.  Chicago must continue to turn over some of their Roster every year – as long playoff runs do create a bigger payroll.

Having a guy with that much playoff pedigree is just icing on the Cake for the Cubs.

Soler, came up with a bang during his debut season back in 2014 – clubbing 5 HRs and 20 RBI (.903 OPS) in just 89 AB.  He never was able to duplicate that performance again. and was passed on the Depth Chart by many other young Cubs players.

Going to Kansas City will enable him to play everyday and be given the chance to fulfill his potential.  He will make $17.7 MIL over the next four years into KC (unless he opts out of his deal for Arbitration after the 2018 year.

Losing Jorge Soler, and his 4 years of team Control is well worth the price of doing business.  Chicago did not have the roster space for Soler with Kyle Schwarber, Ben Zobrist and the tandem of Jason Heyward/Jon Jay patrolling beyond the grass in 2017.

Add in suitable young talent like Albert Almora Jr. , Matt Szczur – with maybe even Willson Contreras roaming out there when Miguel Montero is the Catcher for games – and you are talking a huge logjam.

The new CBA has to be a though every time the Cubs make financial decisions for the future right now.  Only committing $10 MIL to their Closer for the upcoming year was genius.

Theo Epstein also saw 2 Closers for the Red Sox bring in World Series Titles with relative inexperience on his roster when Keith Foulke was his mainstay during 2004, and Jonathan Papelbon taking the realm in 2007.

I would fully expect that he and GM Jed Hoyer will always find a replacement to take the helm for the next year. 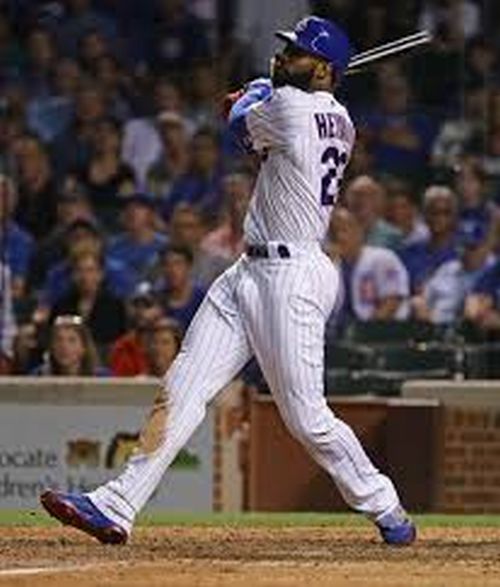 Winning a World Series will soften the blow of one of the worst Free Agent Contracts ever doled out to a player in MLB history. Whether the brass will admit it or not, this salary will hamper future years in signing players.  The organization will have to pick its spots in order not have the team payroll balloon over the Luxury Tax Threshold over the next half dozen years.  So trading a player not in the plans – to buy another year (possibly 2) of an elite Closer is doing good business.

The Cubs brought in Wade Davis, who will be the closer for the defending World Champions for the second straight year.

If he clinches a post season series in Chicago, he will join a select fraternity in terms pitchers for 2 different franchises.

Slam the door on this episode of The Sully Baseball Daily Podcast.

← The Nats Pay A Steep Price For Eaton: The New CF Has A Team Friendly 5 Year Deal Which Is The Key To Salvage The Trade
Giants Trade Chris Heston to the Mariners →