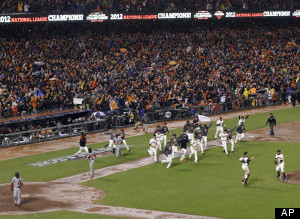 Kyle Holland:  The 2012 NLCS will go down as a series to remember. Firstly from a history standpoint, this was the first time in LCS history that the last two World Series champions squared off. Second, it was played between the 3rd and 4th seeds in the national league. The Giants coming back from being down 0-2 against the Cincinnati Reds, while the Cardinals recovering from being down 6-0 in game 5 in the NLDS to defeat the Nationals 9-7. The comeback kids facing off. This series was sure to be a thriller, and it did not disappoint.

The Giants, being forced to win 3 straight games to make it to the World Series, held off the Cardinals in game 7 to complete the comeback.

The Giants jumped out to an early lead in game 7, scoring 1 in the first, and 1 in the second. The run in the first came on a ground ball back to Lohse from Pablo Sandoval. He looked like he could have had a shot at getting Pagan at the plate, but bobbled the ball instead. In the second, Matt Cain helped himself out on a line shot up the middle to score Gregor Blanco from second.

In the third is where the Giants really exploded. With 2 first-pitch base hits from Scutaro and Sandoval followed by a walk to Posey, the Giants had bases loaded with no outs. Hunter Pence, who has struggled with RISP all season, ripped a bases clearing double to center and just like that, the score was 5-0 in the Giants favor. Later in the inning, bases loaded again, Brandon Crawford grounded into a fielder’s choice but got Hunter Pence to score for an RBI. The final run came when Angel Pagan beat out a double play ball to get an RBI and keep the inning alive.

Meanwhile, Matt Cain was pitching a gem. He ended up allowing 5 hits, no runs, 1 walk, 4 Ks on 102 pitches through 5.2 innings. The Giants let the bullpen take over from there, and they did not disappoint. Through a combined 3.1 innings, the Giants relievers allowed only 2 hits, 2 walks, and struck out 2. This is the type of pitching the Giants were known for during the 2012 campaign, which has continued in the playoffs.

In the seventh, the Giants added to the punishment as Aubrey Huff grounded in to a double play, but picked up an RBI as Gregor Blanco came across the plate to make the score 8-0. The eighth inning wasn’t very different, as Brandon Belt homered to right to add to the Giants first ever game 7 win. Make it a final score: San Francisco with the 9-0 win over St. Louis.

Both teams had some seriously hot players do damage in this series. For the Giants, the star was Marco Scutaro. He matched a LCS record 14 hits and game 7 was his sixth multi-hit game of the series. Scutaro finished with a .500 average and the NLCS MVP award. On the other side, Yadier Molina was automatic last night as he went 4-4. Though Molina hit very well in the NLCS, it didn’t help much as the Cardinals were unable to get runners into scoring position on Monday night.

The Cardinals made several mistakes in their last few games, including a couple by shortstop Pete Kozma. In game 6, he bobbled a ball that scored a run from third. In game 7, on Hunter Pence’s double, he broke the wrong way which allowed the ball to scoot right by him. The Cardinals made small mental and physical errors, and they proved costly as the Giants made an improbable comeback to win the NLCS.

For the World Series, the Giants have a large task in front of them. The Tigers seem to be an unstoppable force. Even though the Giants seem to have all the momentum in the world right now, Justin Verlander would love to stop that quickly in game 1. It’s going to be a tough task for the San Francisco Giants. But with the way they have been playing in this year’s playoffs, the San Francisco fans may be enjoying yet another World Series title very soon. 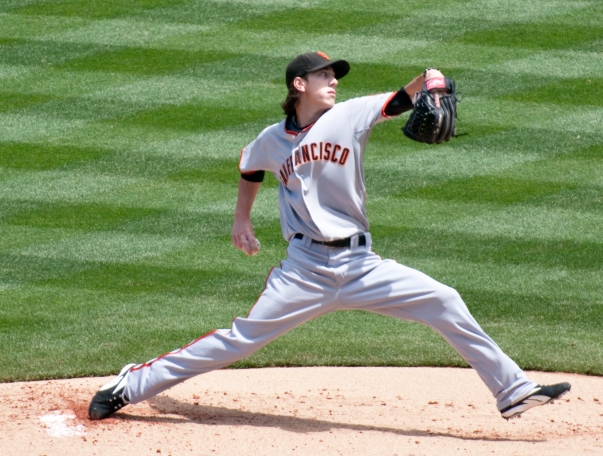 Welcome our newest Baseball Intern, Kyle Holland! You can find Kyle on Twitter (@TheKHolland13) – be sure to follow him and send all your comments!