Melky Cabrera out for the Season: Giants’ Outfielder Suspended 50 Games for PED 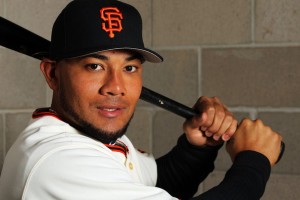 Bernie Olshansky:  Just a little while ago, Giants’ outfielder Melky Cabrera was announced suspended for 50 games due to testing positive for testosterone—a performance enhancer. This will put him out of action for the rest of the season.

For the Giants, this is catastrophic. They lost a .346 hitter in the middle of the lineup. They just acquired Hunter Pence and got Pablo Sandoval back from the DL, and the lineup was stacked. They got through one game with the best possible lineup, and then this. As a Giants fan, I can’t even think of the words to describe this situation. Apparently the testing was during the All Star Break. The Giants now have a tougher road to the playoffs, but I’m not sure their goose is cooked. Buster Posey has been on fire recently, and the return of Sandoval should provide a large boost. The major problem with Cabrera’s absence is the loss of a high-average hitter. Now the Giants will need to work harder in order to get runners on base for the power hitters. Cabrera was having his best season—even better than last. Now the Giants must hope to scrappily win enough games to snag a wild card. Gregor Blanco will be expected to fill in for Cabrera. The Giants recently signed Xavier Nady, so he might play a part too.

For Cabrera, this is even more catastrophic. In the winter, he signed a one-year contract. The Giants were hoping to extend him during the year, but he kept saying that he would wait. It looks like Cabrera may lose millions of dollars. Possibly $50 million…maybe even more. He is still an asset though. I don’t think the testosterone had much of an effect on his hand-eye coordination and his ability to get hits. Maybe he hit a few balls harder than he normally would have, but for the most part his skills are his skills. I doubt anyone on the Giants would want to play with him next year; he basically left his team in a bad way.

As for an appeal, Cabrera reportedly admitted to taking testosterone, so that won’t give him much to stand on for an appeal. For the Giants, it will be an uphill climb to October without Cabrera. Tragic news out of San Francisco today. The baseball world is left shaking its head as the sport we love suspends another culprit in working towards playing a clean game. 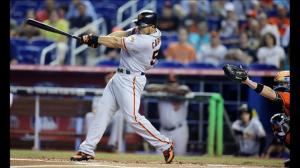 ***Today’s feature was prepared by Bernie Olshansky, Baseball Writer & Facebook Administrator.  We highly encourage you to leave your comments and feedback at the bottom of the page and share in the discussion with our readers.  You can also follow Bernie on Twitter (@BernieOlshansky)***